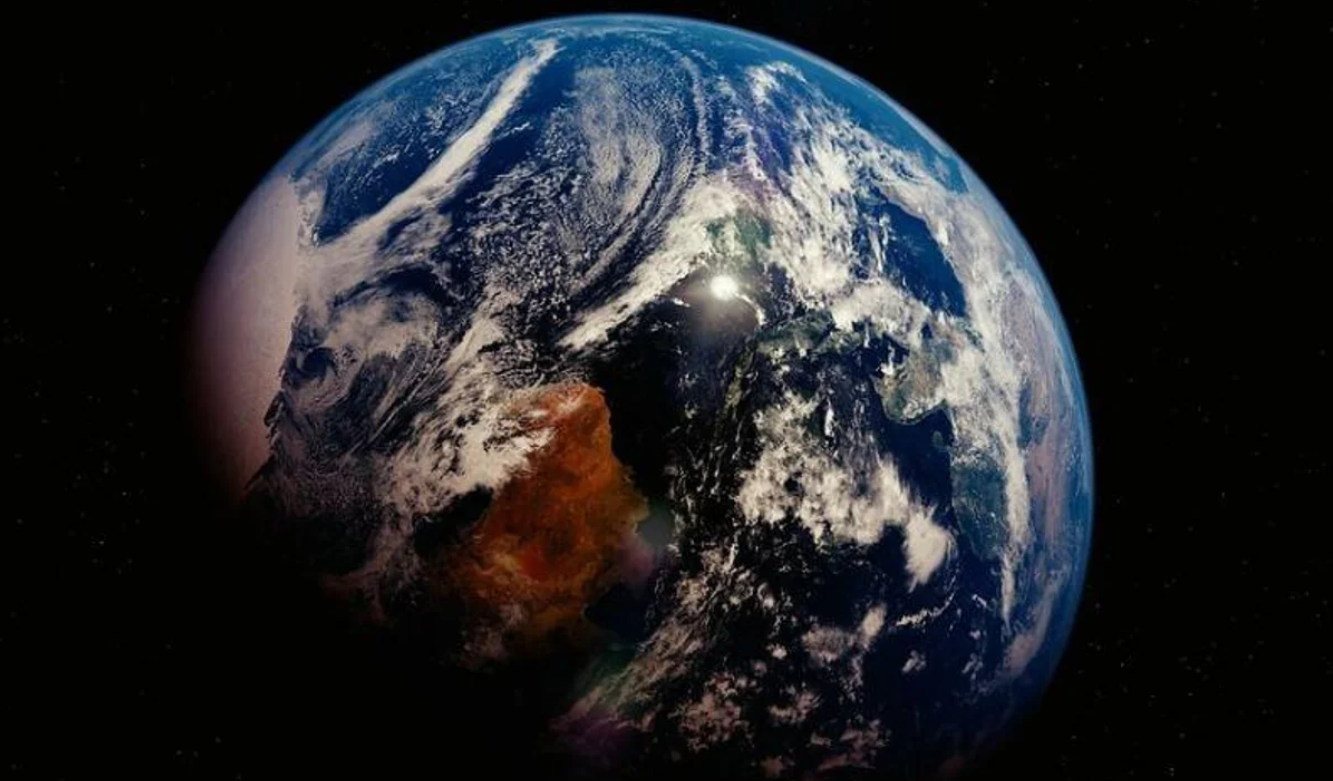 This change in perspective could change humanity.

Sixty-one years ago, Yuri Gagarin became the first human to make it into space and probably the first to experience what scientists now call the “overview effect.” This change occurs when people see the world from far above and notice that it’s a place where “borders are invisible, where racial, religious and economic strife are nowhere to be seen.”

The overview effect makes man’s squabbles with one another seem incredibly petty and presents the planet as it truly is, one interconnected organism.

In a compelling interview with Big Think, astronaut, author and humanitarian Ron Garan explains how if more of us developed this planetary perspective we could fix much of what ails humanity and the planet.

Garan has spent 178 days in space and traveled more than 71 million miles in 2,842 orbits. From high above, he realized that the planet is a lot more fragile than he thought.

When I looked out the window of the International Space Station, I saw the paparazzi-like flashes of lightning storms, I saw dancing curtains of auroras that seemed so close it was as if we could reach out and touch them. And I saw the unbelievable thinness of our planet’s atmosphere. In that moment, I was hit with the sobering realization that that paper-thin layer keeps every living thing on our planet alive,” Garan said in the video.

“I saw an iridescent biosphere teeming with life,” he continues. “I didn’t see the economy. But since our human-made systems treat everything, including the very life-support systems of our planet, as the wholly owned subsidiary of the global economy, it’s obvious from the vantage point of space that we’re living a lie.”

It was at that moment he realized that humanity needs to reevaluate its priorities.

“We need to move from thinking economy, society, planet to planet, society, economy. That’s when we’re going to continue our evolutionary process,” he added.

Karan says that we are paying a very “high price” as a civilization for our inability to develop a more planetary perspective and that it’s a big reason why we’re failing to solve many of our problems. Even though our economic activity may improve the quality of life on one end, it’s also disastrous for the planet that sustains our lives.

It’s like cutting off our noses to spite our faces.

Actor William Shatner had a similar experience to Garan’s when he traveled into space.

“It was among the strongest feelings of grief I have ever encountered,” Shatner wrote. “The contrast between the vicious coldness of space and the warm nurturing of Earth below filled me with overwhelming sadness. Every day, we are confronted with the knowledge of further destruction of Earth at our hands: the extinction of animal species, of flora and fauna … things that took five billion years to evolve, and suddenly we will never see them again because of the interference of mankind.”

“We’re not going to have peace on Earth until we recognize the basic fact of the interrelated structure of all reality,” Garan said.

However dire the situation looks from the surface of Earth, the astronaut has hope that we can collectively evolve in consciousness and wake up and embrace a larger reality. “And when we can evolve beyond a two-dimensional us versus them mindset, and embrace the true multi-dimensional reality of the universe that we live in, that’s when we’re going to no longer be floating in darkness … and it’s a future that we would all want to be a part of. That’s our true calling.

Next Post: Documents Concerning JFK’s Death Revealed that the British Were Warned 25 minutes Before The Assassination