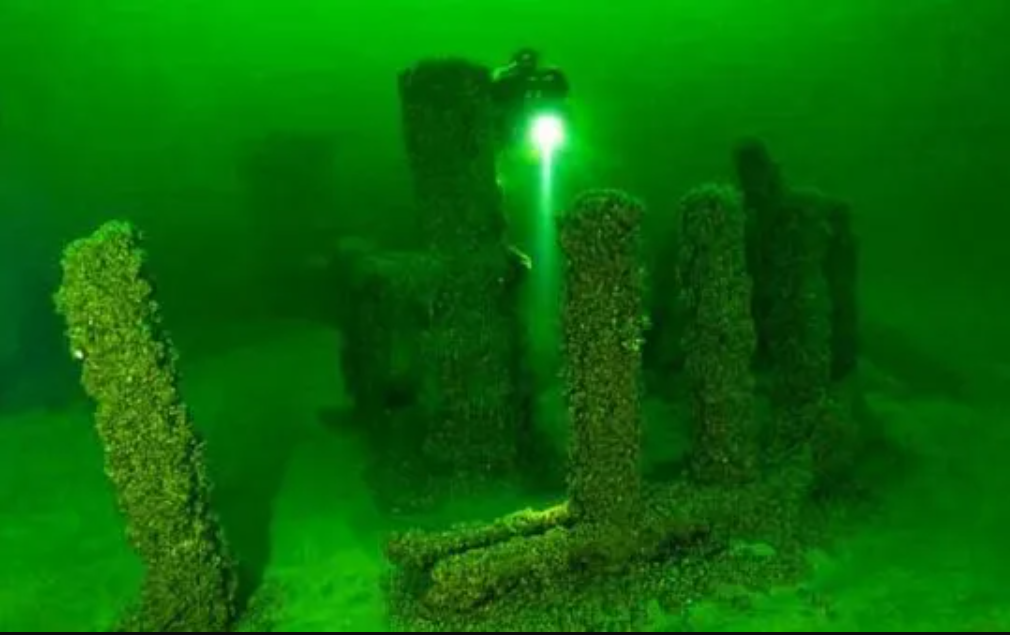 The renowned Stonehenge in the UK is a prehistoric monument dating back more than 5,000 years. It offers a thorough perspective of the past, and how the ancients engaged in their religious rituals. But is Stonehenge from the UK the work of a local group, or is this design of standing stones spread across the world, incorporating other cultures and religions?

According to¬ÝBLDGBLOG, a massive stone structure strongly resembling the UK Stonehenge has been discovered by Mark Holley, professor of underwater archeology at Northwestern Michigan College. While cruising on a ship geared with sonar equipment, the professor and his colleague Brian Abbott observed on the boat‚Äôs radar an odd-looking formation. While they were on a mission to examine old boat wrecks, they stumbled upon a more ancient find than what they would have first expected.

After diving into the Grand Traverse Bay, they found a bizarre standing-stone formation arranged in a circle 40 feet below the surface of Lake Michigan. One of the stones situated outside the circle had embedded on it a carving of a mastodon ‚Äì a distant relative of elephants derived from the Mammut¬Ýgenus that inhabited North and Central America more than 10,000 years ago.

When you see it in the water, you‚Äôre tempted to say this is absolutely real, Holley said. But that‚Äôs what we need the experts to come in and verify.

After experts were presented with relevant imagery from the bottom of the lake, they concluded that more evidence is needed in order to confirm this amazing find. At first, they investigated the picture showing a mastodon carving on one of the rocks found in the vicinity of Stonehenge, but in order to authenticate it, they had to dive and see it with their own eyes. However, the group of researchers ran into some problems.

They want to actually see it, said Holley. Experts in petroglyphs generally don‚Äôt dive, so we‚Äôre running into a bit of a stumbling block there.

The underwater stone formation, if authenticated, wouldn‚Äôt be completely out of the ordinary, as other stone circles and petroglyph sites are found in the Great Lakes area, but it can bring valuable insight into how evolved our ancestors were. It can also link this Stonehenge to the one from the UK, thus challenging some modern-day beliefs of cultures evolving independently, without any influence from other sources of knowledge.

So, how did this typical stone circle design reach so many places in the world? Is it possible that this knowledge was transmitted by an ancient and advanced species that had the means to travel all across the globe?

The recent findings on Mars of a similar Stonehenge that had been spotted by UFO hunters indicate that the ancient builders didn‚Äôt limit themselves to Earth. It‚Äôs likely that at some point in time they‚Äôve decided to leave the Earth in order to put their mark on other planets, or according to another theory, the ancient Martian people imprinted their knowledge on Earth after the Red Planet couldn‚Äôt sustain life anymore.

Whatever the case, Stonehenge from North America, if authenticated, may challenge the scientific way of thinking that has been regarded as absolute proof until now. Furthermore, keeping an open mind may lead to a more conclusive perspective of humanity‚Äôs past than what science is giving us.