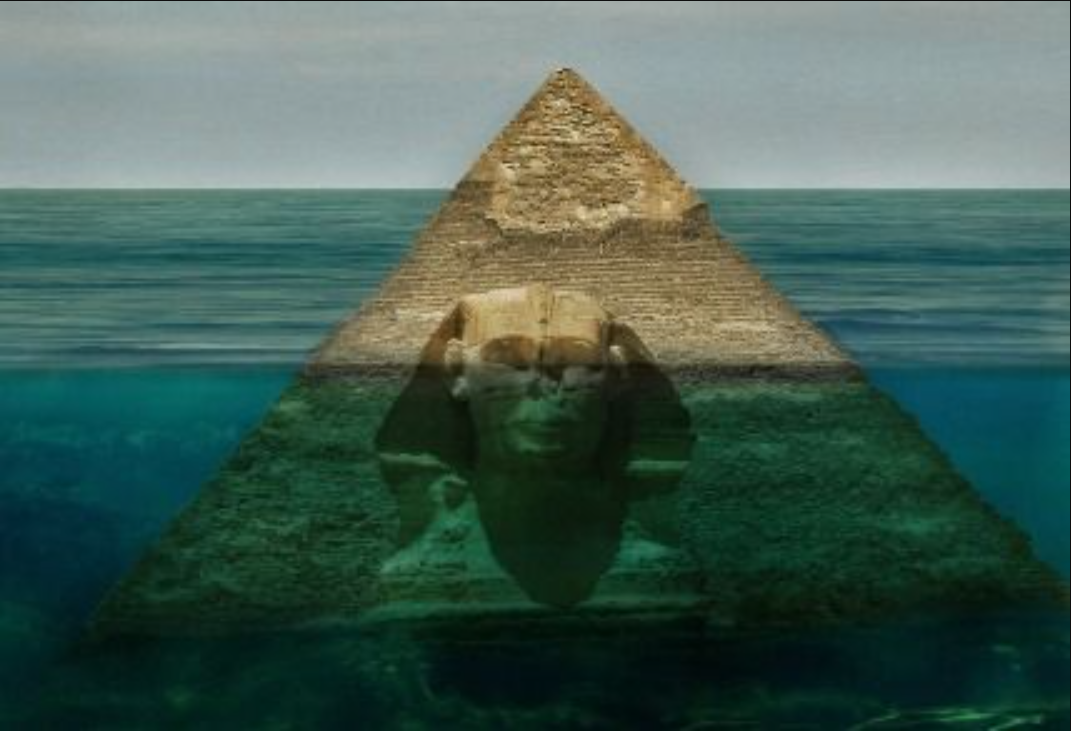 Just beyond Cairo, Egypt lies the Giza Plateau, which is most notably known for one of the world’s most spectacular and mysterious places on Earth – the Great Sphinx. Since its discovery, no one has been able to officially date the origin of its ancient constructions. That is, until now.

Ukrainian scientists, Vjacheslav Manichev and Alexander Parkhomenko from the Institute of Environmental Geochemistry of the National Academy of Sciences of Ukraine have reason to believe that the Great Sphinx is more than 800,000 years old. This theory proposed by these two scientists is very exciting and intriguing because it establishes the Sphinx in an era when humans had not yet appeared according to the currently accepted evolutionary model.

Manichev and Parkhomenko believe the Sphinx and the Pyramids were once underwater. They stated that “even though this research has a long history, the question of Egyptian sphinx architecture is still valid. We can use other natural science-related methods, such as geology, and we will be able to answer questions about the Sphinx.

The issue of the relative age of the face. We can also draw an important conclusion from the visual survey of the Sphinx, that is, we can see that the water from a large body of water submerged the Sphinx. Part of it, and the corrugated depressions formed on the vertical wall.”

They continued to say “The formation of these forms is similar to the depressions formed by the sea in the coastal zone. If we compare the erosion patterns, the geological structure of the sedimentary rock complex, and the lithofacies composition, we can conclude that the sphinx is [eroded]. This factor is caused by wave energy rather than wind erosion. A large number of geological documents confirmed the fact that freshwater lakes existed in various periods from the Lower Pleistocene to the Holocene. These lakes are distributed in the vicinity of the Nile. The large cave on the figure definitely corresponds to the water level in the Early Pleistocene. From a geological point of view, the Egyptian Sphinx already existed on the Giza Plateau at that time.”

The difference in geological evidence Manichev and Parkhomenko focused on was the degree of water erosion of other parts of the Sphinx, instead of focusing on the possible wind and sand abrasive characteristics that other mainstream scientists had previously studied. They claim that the formation of the rippling shape is because the harder rock layer is more resistant to abrasion while the soft layer is more susceptible to the influence of the larger layer, thus gaps are formed.

The Sphinx had been submerged underwater for a long time!

However, Manichev and Parkhomenko said, this mainstream argument does not explain why the sphinx’s head does not display these similar features. Regarding the popular Schoch’s fringe sphinx water erosion hypothesis debate over the heavy rains that occurred in 13000 BC, scientists believe that only part of Schoch’s hypothesis can prove that the erosion characteristics of the Sphinx came earlier than 13000 BC.

Manichev and Parkhomenko compared the many types of wind erosion observed in the mountainous and coastal areas of the Caucasus and Crimea. They concluded that it obviously does not coincide with the weathering present on the Sphinx.  In short, they believe that this kind of wind erosion has a minor effect on the geological composition of any rock.

They explained, “Our personal experience in coastal geosciences is sufficient for us to compare the Sphinx by analogy, and it can be suggested that the Sphinx was caused by another destruction mechanism. Geologists working in the field of coastal geomorphology call them wave-shaped depressions. They can be one or more layers. If the coast is a vertical wall or cliff, it will be horizontal. Especially in carbon. The wave-shaped depressions in the steep walls formed by the rock formations. This form of coastal erosion is well known and studied in detail on the Black Sea coast of the Caucasus and Crimea. The formation of the wave-shaped depressions in the general dolomite rock model was proposed by Popov. In the dynamics of the formation of wave hollows, one can notice such a feature that the wave energy is directed to the rock formation at the water surface level. In addition, both salt water and fresh water can dissolve rocks.”

“This evidence gathered contradicts the mainstream theory of erosion caused by sand and water.”

Manichev and Parkhomenko’s new proposal is that this is a natural mechanism due to the influence of waves from the water on coastal rocks. These waves may produce one or more layers of ripples over thousands of years. Furthermore, this phenomenon can similarly be clearly observed on the shore of the Black Sea.

The observation of these grooves on the Sphinx led these Ukrainian scientists to believe that this great monument may have been affected by the waves process due to long-term immersion in large volumes of water, rather than due to the water from the regular flooding of the Nile.

Manichev and Parkhomenko claimed that the geological composition of the body of the Sphinx should be composed of a sequence of layers of limestone mixed with small layers of clay with different degrees of resistance to water. If the formation of the depression is purely abrasion caused by sand, then the depression should correspond to a rock formation of a certain lithology. They say that in fact the depressions of the Sphinx appear in some strata, or occupy some parts of the uniformly composed strata.

Manichev and Parkhomenko firmly believed that in order to support this hypothesis, the Sphinx would have been submerged underwater for a long time!

According to studies of the geology of the Giza Plateau, during the Pliocene geological period, approximately 520 and 160 million years ago, seawater flooded into the Nile Valley and slowly, over time, caused flooding in that area, leading to the formation of lake sediments, which is now higher than the Mediterranean Sea by180 meters.

According to Manichev and Parkhomenko, the closest thing to the current mark is the sea level at the Calabrian stage, which is also the highest depression on the Sphinx. This high water level caused the Nile River to flood thus displacing large bodies of water. This corresponds to 800,000 years ago.

Next Post: The real Waterworld? Scientists Discover an ‘Ocean Planet’ Completely Covered by a Thick Layer of Water