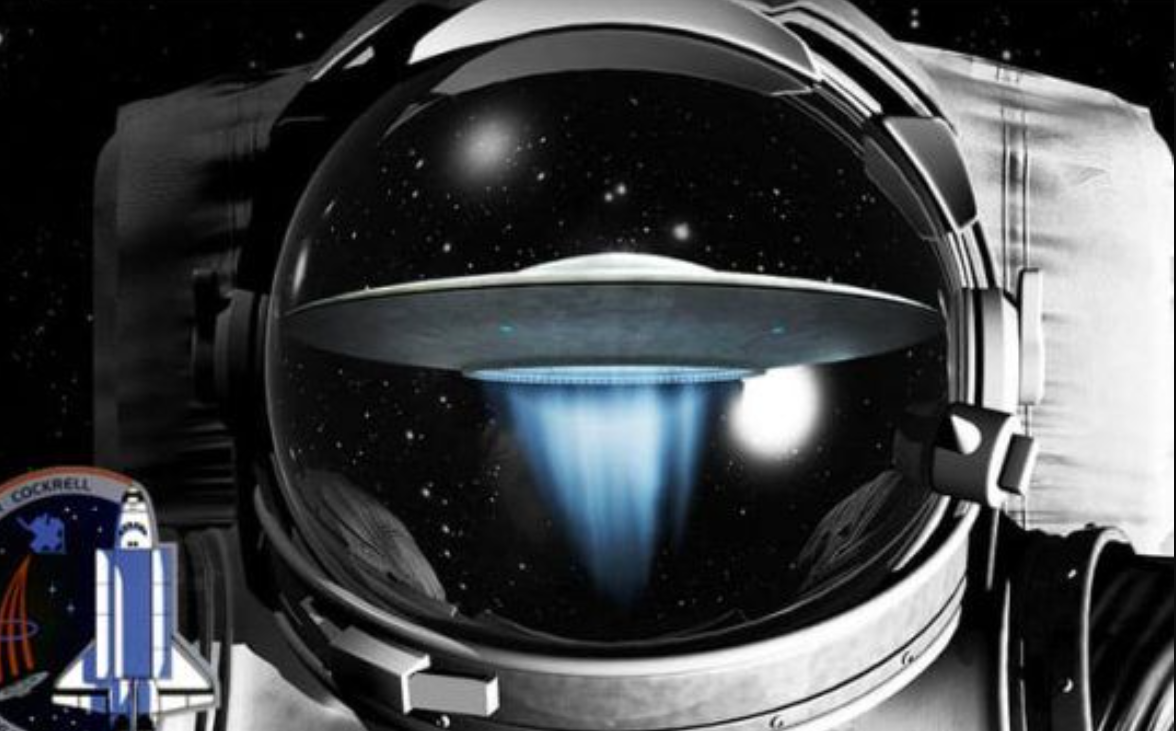 Many cameras are recording the activity during such a space mission in order to assure good communication with the ground, meaning that all the recorded data is transmitted to Houston (NASA) using the orbiting satellites this way, if any problems occur, the astronauts and engineers on the space station will receive live support for dealing with any difficulties encountered.

However, since the footage is sent via satellites, NASA is not the only entity receiving it. Over the years, many ufologists, analysts, and space enthusiasts have received the same videos Houston is receiving and of course, all the evidence was taped and stored for later debate.

One of the most intriguing pieces of the film comes from a TV station owner from Canada known as Martyn Stubbs. For more than 10 years he taped thousands of hours containing space activity during NASA’s space missions and what he saw there puzzled him and decided that others need to know about it.

During the STS-80 mission launched on 19 November 1996, the space shuttle Columbia encountered several space anomalies strongly resembling to UFO activity above Earth. During the 18 days period spent in space, the astronauts on the shuttle witnessed the most bizarre thing, as you can see in the following video.

The first part of the video reveals how several objects are reaching for the upper atmosphere while aligned in some kind of formation. When the last UFO finds its way inside the strange arrangement, it starts to glow, triggering a chain reaction from the others. The formation keeps a strange symmetry in a way that none of the flying objects seem out of place. Similarities can be found between a flock of birds and the UFOs from the video, interpreting their alignment as some sort of traveling position that maybe reflects their intelligence and strong coordination, while diminishing the hypothesis of simple space debris.

The second part of the video reveals even more interesting things. It shows how a massing orb of light enters the scene, supposedly attracted by the lightning storm. It then maintains its position above the clouds producing lightning as if it’s charging somehow. Another reasonable explanation involves the possibility of the UFO harvesting energy from the lightning storm because it hovers right on top of the clouds.

If you look carefully, another UFO arises from the lower atmosphere glowing luminously. While it continues to move forward, the other one remains in place. At this point, it’s clear that the astronauts on the space shuttle had witnessed the entire scene because they start to zoom in on the presumably harvesting object as the shuttle is distancing from the scene. The UFO remains in place while performing its “ritual” and it glows discontinuously.

NASA never denied the authenticity of the footage but as usual, they came up with a perfectly reasonable explanation: what we see in the video are actually ice crystals or debris particles. Scientists that participated in the mission even stated that:

As far as I remember, nobody on the crew was looking out the window at these ice crystals or debris particles. Nobody thought anything that our crew observed out the window was of alien origin, or something not connected to the shuttle’s routine operations.

As far as we are concerned, the zoom-in from the last part of the video was deliberately meant in order to take another glimpse at the events happening just below the space shuttle. While denying the fact that nobody was looking because it wasn’t something unusual raises a few question marks.

Whether it was only space debris or any other space-related phenomenon instead of the hypothesis of intelligent aliens, we can only speculate, but recent footage from the ISS as well as several astronauts and NASA personnel speaking about alien contact, have spoken in favor of a far more reasonable explanation than what the space agency is giving us.

Previous Post: Mix Honey, Lemon, and Cinnamon, and Drink It before Bed: You Will Be Surprised in the Morning

Next Post: Stonehenge Submerged in Water Discovered in North America