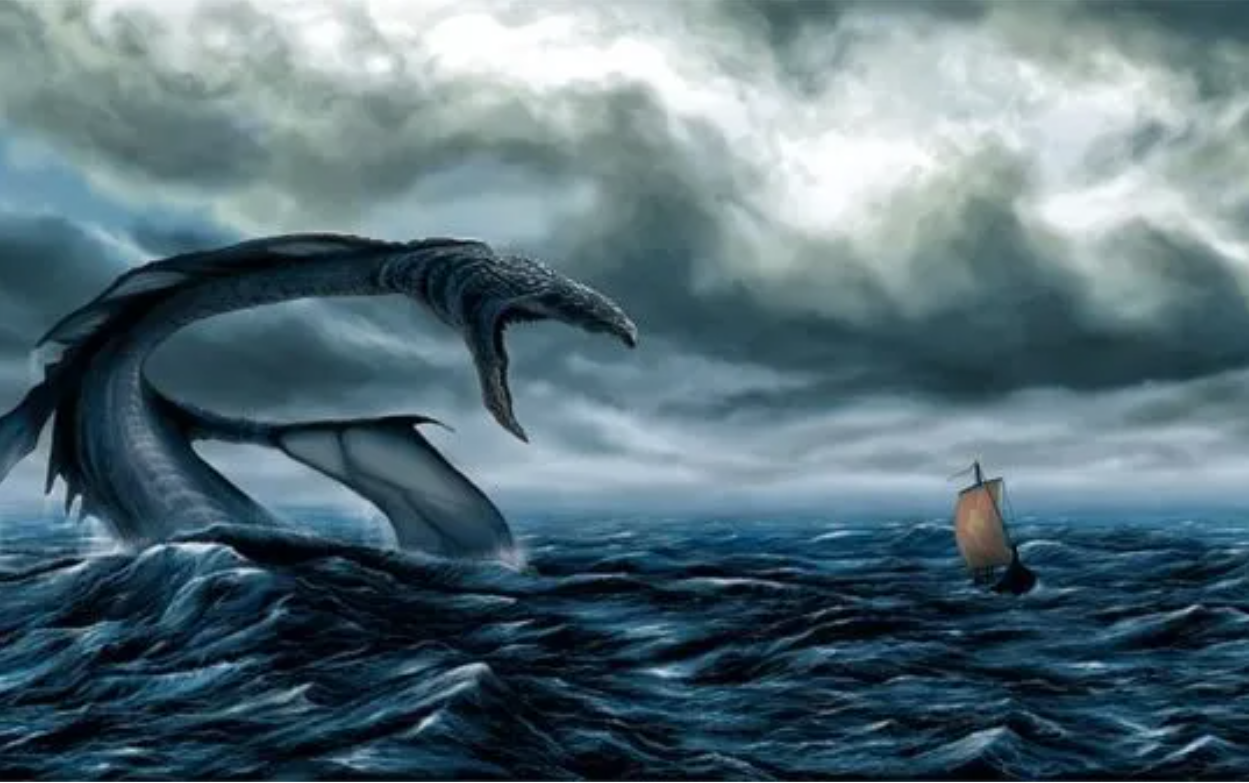 Scotland’s Loch Ness is home to the world-famous creature known as Nessie, but reports involving bizarre, over-proportionate creatures are surfacing in numerous places across the globe. In recent years, a serpent-like cryptid from Iceland has made it in the spotlight.

Called Lagarfljótsormur or the Iceland Worm Monster, it gained popularity due to a video that showed it swimming in an ice-covered lake called Lagarfljót from which the creature got its name.

The first recorded sighting took place in the 14th century, but folklore hints at much earlier origins. The worm monster appearances were considered omens that foretold an upcoming disaster.

According to legend, a girl was given an enchanted golden ring and wanted to keep it safe, so she placed it in her linen pocket and set a small lizard (or snake) to guard it. In the following days, the lizard grew and the terrified girl threw both the lizard and the ring into the nearby lake. It continued to grow and terrorize the local population until it was tied to the bottom of the lake, but not slain.

The Lagarfljótsormur is described as being over 300 feet in length and having multiple humps, similar to the classic depiction of Nessie – the Lochness monster. Although an aquatic being, it was sighted on the lake’s shore as well, lying coiled in the sun or even slithering up in the trees.

The creature has been spotted several times in recent years, with the most interesting incident occurring in 1983. Contractor were laying a telephone cable when they noticed a large mass moving near the shore as they were performing depth measurements.

When they retrieved the cable, it was badly torn and damaged in 22 places. The workers believed they dragged the cable over the beast, or even through its jaws, because the cable got ravaged in a quick span of time and with a massive force that made it tremble.

Although at that time the workers couldn’t immortalize the moment, the recent video of the mysterious creature swirling through the frozen Islandic lake stands as solid evidence of its mythical existence.

There are indeed skeptics denouncing the authenticity of the footage, but a truth commission from Island concluded the video was authentic and that it deserves further investigations.

Furthermore, when taking into account all the unexplored marine places, together with all the new species being found by researchers almost on a daily basis, it’s hard to believe that such oversized water serpents do not exist.

To give a more conclusive example, a new species of whale has recently been washed ashore and discovered by biologist Christian Hagenlocher. The 24 feet (7.3 meter) long body was found on a shore in Alaska’s St. George island in June 2014, and has baffled researchers ever since because the species is unknown.

“We don’t know how many there are, where they’re typically found, anything,” says Phillip Morin, a molecular geneticist at the National Oceanic and Atmospheric Administration’s Southwest Fisheries Science Center. “But we’re going to start looking.”

It’s extremely rare to stumble upon new species of whale in the 21st century. Even more, the animal belonging to the genus Berardius looks far different than its closes relative and it occupies an area in the North Pacific where countless marine mammal researchers were performed along the years.

“It’s just so exciting to think that in 2016 we’re still discovering things in our world-even mammals that are more than 20 feet long,” Morin concluded.

Could this be the same case for the Islanding giant serpent? Are there giant predators lurking in the depths of the oceans? If this is the case, then there’s a considerable chance for one to float ashore in the future, but it’s up to competent researchers to reach it in time before it decomposes and becomes one with the land.