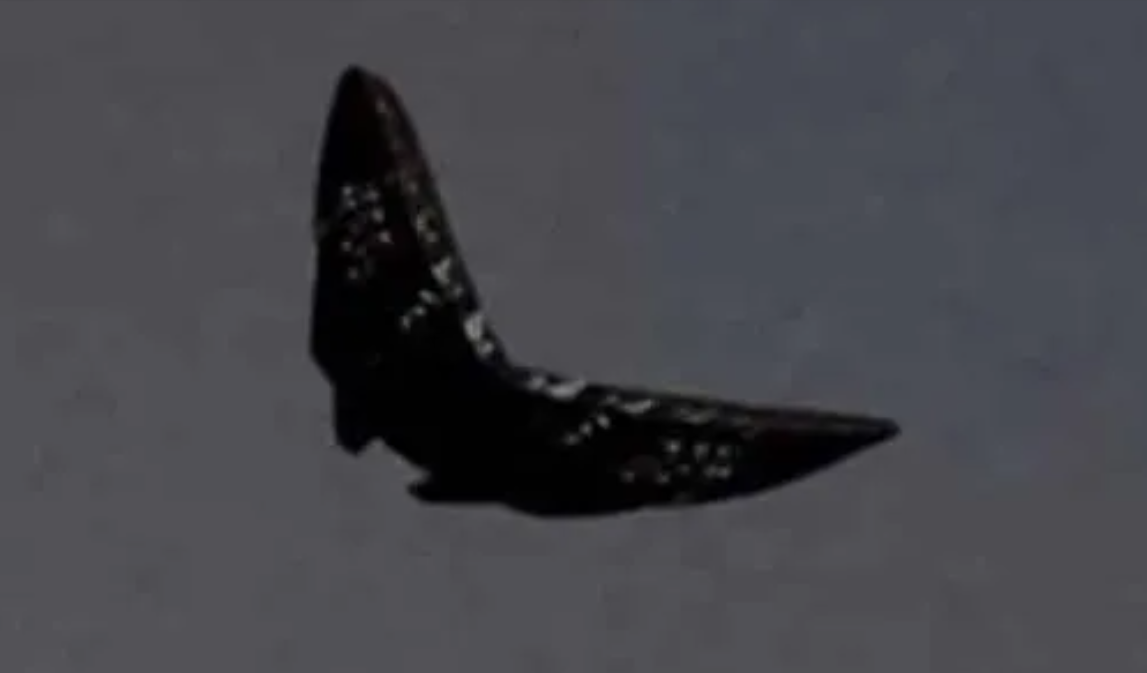 Soon after they posted the footage online, the video became viral and the UFO community started debating what the aircraft is and where it might come from. Its triangular or rather butterfly shape led many to believe it’s a military Stealth aircraft, but those have been antique pieces for some time now and are being held in museums.

Few claim it’s just a commercial airliner and tech experts say it’s definitely a homemade drone, but the size makes anybody question that theory. Even the people who agree it’s a drone say it was engineered after previously found alien craft.

As the debate raged on, reports of identical sightings started coming in from all over the country. Keith Hart, a resident of Atlanta posted this picture, taken before the Ohio father and son tape, and couldn’t hide his amazement: ” I swear, with very little, I mean VERY little adjustment, the sighting in Atlanta a couple of days ago, looks identical to the sighting last night in Ohio. I mean crazy similar. Same depth ‘tier’ type ship. Maybe at a slightly different angle, or a slight shapeshift which has been mentioned. They stills look very similar!”

Some even claim the same aircraft was visible when astronomers studied the distant planet named Ceres, though we have very little clear evidence to support that possibility. The same butterfly-shaped aircraft was spotted in the skies above Phoenix, Arizona and people posted photos of it on Twitter. The debate is now centered around whether the aircraft is man or alien-made, and few people believe it’s just a hoax.

The footage captured near the Kentucky border seems very real and it would take a lot of time for even the most accomplished professional to forge it this good, but, of course, there are skeptics who claim it is fake.

Tyler Glockner, the man operating the YouTube channel where the video was first uploaded, made the following statement:  “The reason I am calling this an alien craft rather than just a UFO… is in the stunning detail, where we can see the true structural characteristics of this ship. And guys you take a look and tell me with a straight face this has anything to do with humans. The features on this thing don’t make any sense.”

Mainstream media has failed to approach this story, which leads us to believe governing forces wish it to be overlooked. The aircraft is not similar to any official commercial or military model, from any country, so it could also be a prototype being tested or a man-made spaceship built in complete secrecy.
It’s doubtful this is the last we’ll hear on the matter, as reports of sightings and pictures continue to surface from different parts of the US. We’ll keep you updated.