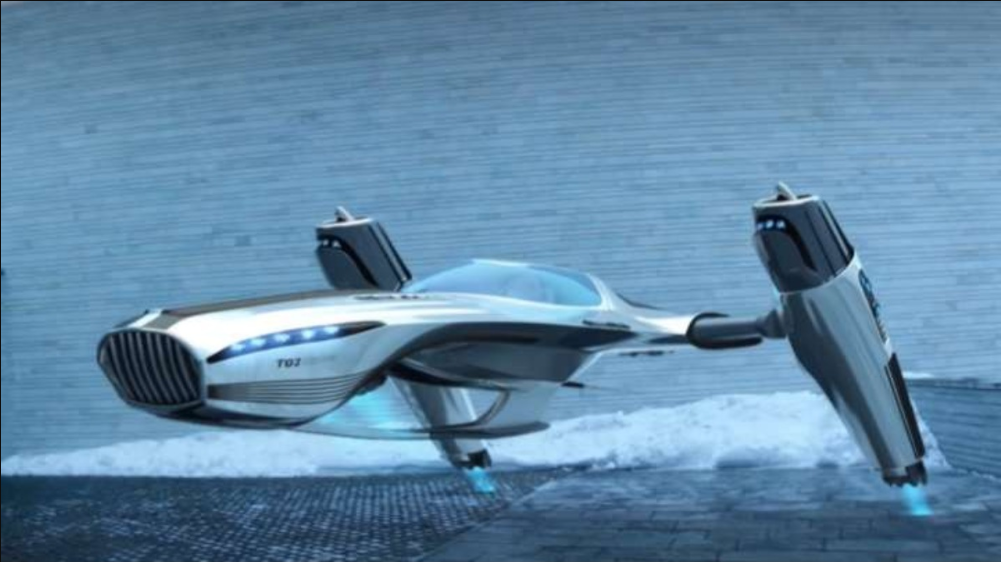 Scientists have made significant progress toward developing future aircraft powered by an ion drive rather than moving parts and fuel like conventional aircraft.

A team, led by Steven Barrett of the Massachusetts Institute of Technology (MIT), described in a paper published in Nature, how they created an electrohydrodynamic-powered plane, which uses solid-state propulsion rather than propellers or jet engines with expendable fuel.

“The future of flight shouldn’t be things with propellers and turbines,” Barrett says in the video below. “[It] should be more like what you see in Star Trek, with a kind of blue glow and something that silently glides through the air.”

was not previously possible because our technology was simply not advanced enough. Scientists have been unsuccessful in developing something similar since 1921 when it was mistaken for anti-gravity technology. However, the team now claims that significant technological advances have enabled this to happen.

They spent two years testing an aircraft with a wingspan of 5 meters (16 feet) and a weight of 2.45 kilograms (5.4 pounds). It has a number of thin electrodes running across its wings, with wires at the front and an aerofoil – a curved surface to produce lift, similar to a regular plane wing – at the back.

The thin wires in front

are charged to positive 20,000 volts, while the aerofoil in back is charged to negative 20,000 volts, creating a strong electric field. To produce ions, electrons are removed from nitrogen molecules in the air at the front. As these accelerate to the back, they generate an ionic wind, which provides thrust to the plane.

“The basic idea is that if you ionize air, which means removing an electron from it, you can accelerate the air with an electric field,” Barrett told IFLScience. “Like the force you get if you rub a balloon on your head.”

Over the course of ten test flights, the plane successfully flew about 60 meters (200 feet) in about 12 seconds in a gym hired by the team, with a thrust efficiency of about 2.6 percent. However, as the speed increases, so does the system’s efficiency, just like in a regular plane. In theory, it is 50% efficient at 670 miles (1,080 kilometers) per hour, faster than a passenger jet.

is similar to how ion engines are used in some spacecraft to travel through space. “There are some significant similarities,” said Barrett. However, those spacecraft generate thrust by ionizing a fuel, such as xenon gas. The MIT team’s plane does not require propellant, instead relying on thin wires and an off-the-shelf lithium-polymer battery.

At the moment, the technology is limited, and the plane is very much a prototype. However, the possibilities for the future are exciting. In the near future, this thrust system could be used to power small drones, making them near-silent because they would not have propellers like regular drones.

“I don’t yet know whether you’ll see large aircraft carrying people any time soon, but obviously I’d be very excited if that was the case,” Barrett said in the video.

The plane is still being tested

, and the team is now able to turn the plane in the air with a remote control rather than just flying in a straight line. They want to try to remove the filaments that are hanging off the plane in the future, with more tests to follow in the coming years.

At the end of their paper, the team compares the length of the plane’s flight (12 seconds) with that of the Wright Brothers in Kitty Hawk, North Carolina in 1904 (11 seconds), the world’s first heavier-than-air flight, although that one did include a pilot.

While this flight may not be on the same scale, some of the future possibilities are certainly fascinating. “It is possible to fly planes that are solid state, and we demonstrated that for the first time,” said Barrett.

Previous Post: This Man Hacked NASA And Describes What He Found in Interview

Next Post: Shadowy UFO Captured on Tape, then Reported in Different States