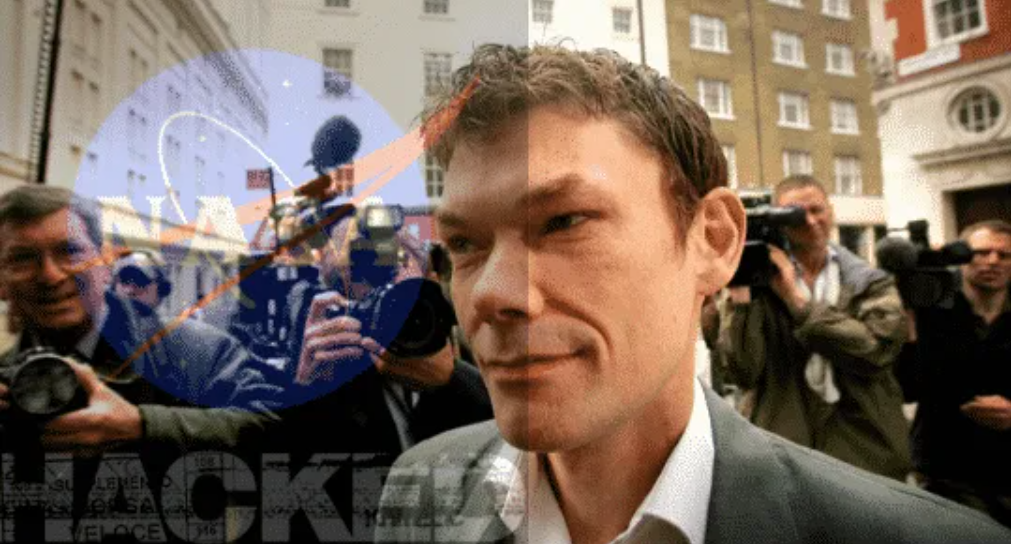 UFOlogy is an interesting area of research. There are a lot of interesting stories, far-out fears, and close-up encounters. Much of the information in this area is questionable. It’s difficult to gauge someone’s story, to know whether they’re lying or telling the truth. Whether it was a dream, a far-out trip, or reality.

What we do know is that people have had real-life encounters with UFOs and aliens, both. I’ve seen one UFO in my life and have talked to many people who have seen more than a few sightings. There are even sighting hot spots in the US that make it easier to spot a UFO, but beyond that, we have to be able to sift through information with a conscious understanding that there’s a lot of bull in this world.

Every once in a while we come across someone who has an astonishing story, one that is too obvious, too blatant to ignore.

Gary Mckinnon is one of those such people. Gary is a resident of the UK who got access to almost 100 NASA and Department of Defense computers, including the US Air Force Space command. With this he faced extradition for 10 years after finding a picture of a UFO and a list of “non terrestrial officers.”

Gary is a Scottish born systems administrator, essentially a manager of computer networks and servers. He knows how to get around in networks.

In 2002 Gary was accused of perpetrating the “biggest military computer hack of all time,” although McKinnon himself states that he was merely looking for evidence of free energy suppression and a cover-up of UFO activity and other technologies potentially useful to the public.

McKinnon, whose extensively searched through U.S. computer networks was allegedly conducting this between February 2001 and March 2002. He picked a bad time to expose U.S. national security failings in light of the Sept. 11, 2001 World Trade Center event unfolding right in the middle of his “hacking” the military and NASA computers.

He faced a 70-year prison term and up to $2 million in fines. On October 16th, 2012, after a series of legal proceedings in Britain, Home Secretary Theresa May blocked extradition to the United States.

In fact, President Obama discussed Gary’s extradition to the United States in this video.. One thing that came to light was that Gary was an aspergers sufferer. This may be part of the reason for taking his hacks more lightly.

Gary was labeled a hacker but he was he calls “fishing” on windows computers, as he knew these networks were on Windows. He was able to access these computers in real-time and view files on them.

In that process, he found some shocking pictures, one, in particular, was of a large cylindrical shaped UFO hovering in space, in addition to a strange spreadsheet document with a list of “non-terrestrial officers,” presumably belonging to a publicly unacknowledged branch of the United States military operating in space, as well as “fleet to fleet” transfers of materials, whatever that refers to.

Richard Dolan sat down and interviewed Gary for almost an hour where he also describes finding a high-resolution photograph, taken from space, of a smooth, cigar-shaped craft.

“I knew that governments suppressed antigravity, UFO-related technologies, free energy, or what they call zero-point energy. This should not be kept hidden from the public when pensioners can’t pay their fuel bills.”

When asked by Wired News:

Did you find anything in your search for evidence of UFOs?

McKinnon answers: Certainly did. There is The Disclosure Project. This is a book with 400 testimonials from everyone from air traffic controllers to those responsible for launching nuclear missiles. Very credible witnesses. They talk about reverse-(engineered) technology taken from captured or destroyed alien craft.

A NASA photographic expert said that there was a Building 8 at Johnson Space Center where they regularly airbrushed out images of UFOs from the high-resolution satellite imaging. I logged on to NASA and was able to access this department.

They had huge, high-resolution images stored in their picture files. They had filtered and unfiltered, or processed and unprocessed, files.

My dialup 56K connection was very slow trying to download one of these picture files. As this was happening, I had remote control of their desktop, and by adjusting it to 4-bit color and low screen resolution, I was able to briefly see one of these pictures. It was a silvery, cigar-shaped object with geodesic spheres on either side. There were no visible seams or riveting. There was no reference to the size of the object and the picture was taken presumably by a satellite looking down on it. The object didn’t look manmade or anything like what we have created. Because I was using a Java application, I could only get a screenshot of the picture – it did not go into my temporary internet files.

At my crowning moment, someone at NASA discovered what I was doing and I was disconnected.

I also got access to Excel spreadsheets. One was titled “Non-Terrestrial Officers.” It contained names and ranks of U.S. Air Force personnel who are not registered anywhere else. It also contained information about ship-to-ship transfers, but I’ve never seen the names of these ships noted anywhere else.

Gary shares that this experience has been very worrying and stressful. It’s been worse because he’s unemployed. He works on and off in IT, and contracting. But no one will touch me with a large barge pole now.

2. Gary found documents pertaining to non-terrestrial officers. Presumably, officers were either in space (on a craft) or on another planet such as Venus, Mars, or the moon.

Next Post: Scientists Have Created A Star Trek-Like Plane That Flies Using “Ion Thrusters” And No Fuel