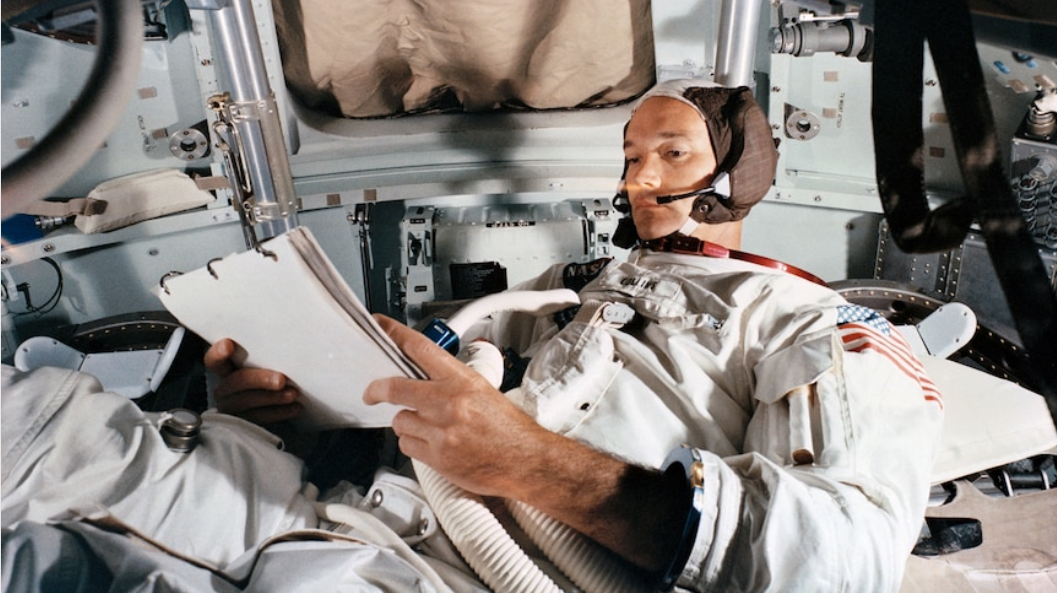 When the Apollo 11 landing module detached and sent Neil Armstrong and Buzz Aldrin hurtling toward the surface of the moon, Michael Collins began a journey of his own.

For the next 21 hours, the pioneering astronaut continued to orbit the moon, further removed from humanity than any person before him.

He was a crucial role in the Apollo 11 mission — the others would not have been able to return to Earth without him — but Collins would later acknowledge he didn’t have the best seat in the house.

As his command module dipped behind the far side of the moon, it blocked his communications with Earth and he became completely isolated, more than 300,000km from home.

“It is there, reinforced by the fact that radio contact with the Earth abruptly cuts off at the instant I disappear behind the moon, I am alone now, truly alone, and absolutely isolated from any known life,” he wrote.

“If a count were taken, the score would be three-billion-plus-two over on the other side of the moon, and one-plus-God-knows-what on this side.”

From home, Mission Control noted, “not since Adam has any human known such solitude as Mike Collins is experiencing during this 47 minutes of each lunar revolution when he’s behind the Moon with no one to talk to except his tape recorder.”

As Armstrong declared “one giant leap for mankind”, Collins remained waiting in the command module orbiting 100km above.

There, he dwelled on the fate of his crewmates, and whether they would be able to return to him.

The plan had always been that if Armstrong and Aldrin crashed or were unable to leave the moon’s surface, Collins was to head back to Earth alone.

A prepared contingency statement from President Richard Nixon, to be read out if the worst happened, made no mention of Collins.

“These two men are laying down their lives in mankind’s most noble goal: the search for truth and understanding,” Nixon would have said about Armstrong and Aldrin had they been left to die on the Moon.

“Fate has ordained that the men who went to the moon to explore in peace will stay on the moon to rest in peace.”

But Collins held a “secret terror” — that he would be blamed for the potential disaster.

“I would have been that guy who left them up there on the moon to die,” he said in a 2019 interview.

“It would have been an awful, terrible, national catastrophe.”

On returning home, Collins learned he’d been cast as the “loneliest man in history” by the press — something he struggled to understand.

“When we returned to Earth and went through our debriefings, the whole focus of the press attention when it came to me was ‘wasn’t I the loneliest person in the whole lonely space program in that lonely orbit behind the lonely moon, more lonely than any previous lonely people had ever been lonely?,” he later joked.

“And I thought that was ridiculous.”

Collins would write that despite his concern for Armstrong and Aldrin, he mostly felt “awareness, anticipation, satisfaction, confidence, almost exultation” during his time alone.

But he never felt lonely.

At the end of his solitude, the lunar module returned to view and approached the command module.

He snapped a famous photograph of it and the crew’s home planet in the background.

But he said nothing could capture the true beauty of the moment.

“It doesn’t sparkle like the real thing did,” he said.

Next Post: Elon Musk Urged to Recover a Huge Extraterrestrial Spaceship From The Moon