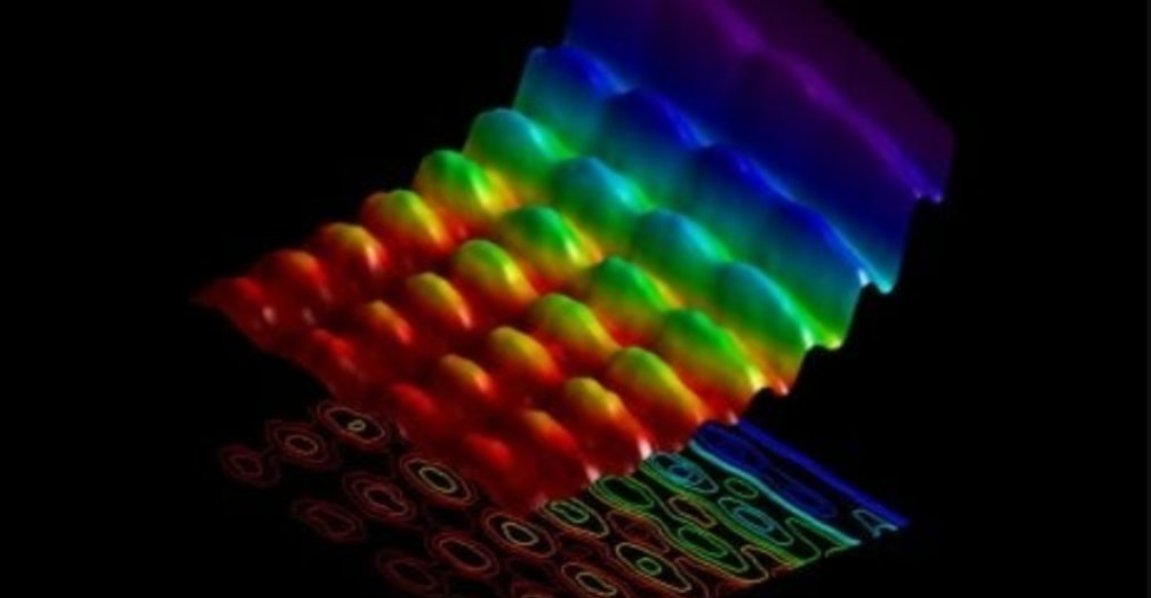 For the first time, scientists have managed to capture the dual natures of light – particle, and wave – in a single electron microscope image.

Until now, scientists could only capture an image of light as a particle or a wave, never both at the same time. However, a team from the École Polytechnique Fédérale de Lausanne in Switzerland has overcome the challenges that previous experiments faced by imaging light in this very strange state using electrons.

The key to their success

is their unusual experiment design. They begin by firing a laser pulse at a single strand of nanowire suspended on a piece of graphene film. This causes the nanowire to vibrate, and light particles, or photons, are sent along it in one of two directions. When light particles moving in opposite directions collide and overlap on the wire, they form a wave. This state, known as a standing wave,’ generates light that radiates around the nanowire.

So far so good, but that’s not going to give you an image of the two light states. The scientists figured that out by feeding a stream of electrons into the area nearby the nanowire, they could force an interaction between the electrons and the light that had been confined on the nanowire.

This interaction caused the electrons

to either accelerate or decelerate, and the researchers used an ultrafast electron microscope to capture this exact moment in order to visualize the standing wave, “which acts as a fingerprint of the wave-nature of light,” according to the press release. The team discusses their findings in Nature Communications, explaining how the collision of photons and electrons, as well as the resulting speed change experienced by the electrons, appears as an exchange of energy that can be seen with a microscope.

“This experiment demonstrates that, for the first time ever, we can film quantum mechanics – and its paradoxical nature – directly,” one of the team, physicist  Fabrizio Carbone, said in a press release. “Being able to image and control quantum phenomena at the nanometer scale like this opens up a new route towards quantum computing.”

Previous Post: NASA: Something Come Out Of A Black Hole For The First Time Ever