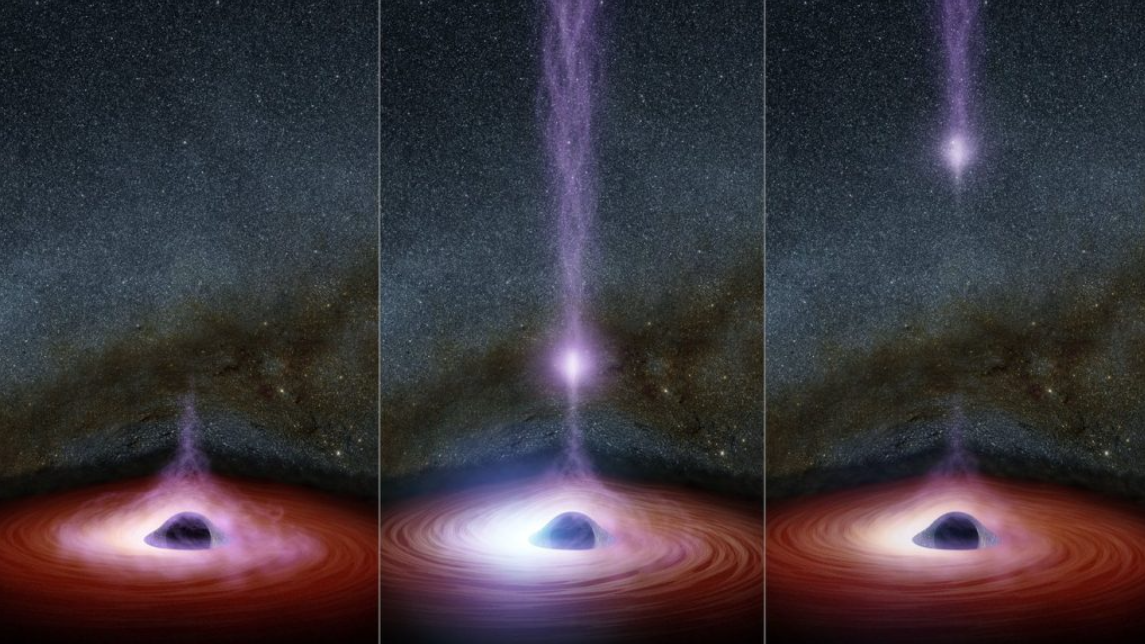 You don’t have to be a science expert to understand that black holes more often pull things in rather than spit them out. However, NASA has recently discovered something strange around the supermassive black hole Markarian 335.

Two space telescopes – NASA’s Explorer missions Swift and the Nuclear Spectroscopic Telescope Array, or NuSTAR, witnessed a black hole’s corona being “launched” away from a supermassive black hole. Then a massive burst of X-ray energy was released. So, what exactly happened? That is what scientists are now trying to understand.

“This is the first time we have been able to link the launching of the corona to a flare,” Dan Wilkins, of Saint Mary’s University, said. “This will help us understand how supermassive black holes power some of the brightest objects in the Universe.”

Although supermassive black holes do not emit light, they are frequently surrounded by disks of hot, glowing material. A black hole’s gravity pulls swirling gas into it, heating it and causing it to shine with different types of light. The corona is another source of radiation near a black hole. Coronas are made up of highly energetic particles that emit X-ray light, but details about their appearance and formation are unclear.

Fiona Harrison, NuSTAR’s primary investigator, stated that the nature of the energy source is a “mystery,” but that the ability to actually capture the event should provide some indications about the black hole’s size and structure, as well as (hopefully) some new insight into how black holes work. Fortunately for us, this black hole is still 324 million light-years away.

So, whatever strange things it does, it shouldn’t have any effect on our little part of the Universe.

Next Post: This Is The World’s First Image of Light as Both a Particle And a Wave