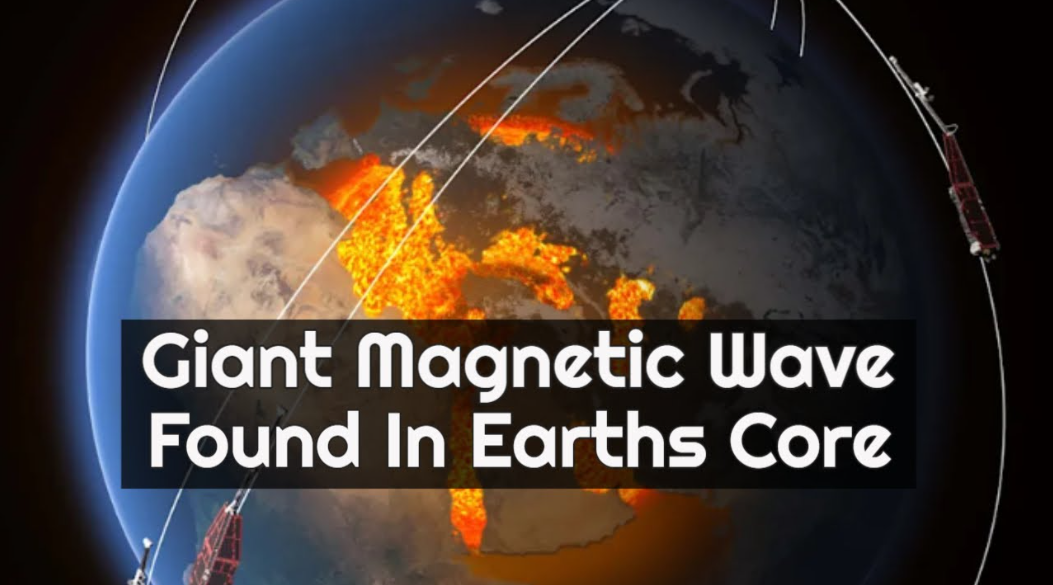 Earth’s interior is a far from quiet place. Deep below our surface activities, the planet rumbles with activity, from plate tectonics to convection currents that circulate through the hot magmatic fluids far underneath the crust.

Understanding the origin of the magnetic field, why it constantly fluctuates, how it interacts with the solar wind, and, indeed, why it is currently weakening- all these questions are topics of interest for scientists. Most of the magnetic field is generated by an ocean of superheated, swirling liquid iron that makes up Earth’s outer core. The Earth’s outer core acts like a spinning conductor in a bicycle dynamo. It generates electrical currents and a continuously changing electromagnetic field.

Using data from the Swarm mission,

scientists have unearthed a hidden secret. They have detected a new type of magnetic wave that sweeps across the ‘surface’ of Earth’s outer core. What’s more interesting is- this wave oscillates every seven years and propagates westward at up to 1500 kilometers a year.

These waves align in columns along the axis of rotation due to the Earth’s rotation. The motion and magnetic field changes caused by these waves are most pronounced in the core’s equatorial region.

could offer insight into how Earth’s magnetic field is generated, and provide clues of our planet’s thermal history and evolution – that is, the gradual cooling of the planetary interior.

While the research shows magneto-Coriolis waves within seven years, whether such waves exist at different intervals remains unanswered.

Nicolas Gillet, from the University Université Grenoble Alpes and lead author of the paper, said, “Geophysicists have long theorized over the existence of such waves, but they were thought to take place over much longer time scales than our research has shown.”

“Measurements of the magnetic field

from instruments based on the surface of Earth suggested that there was some wave action, but we needed the global coverage offered by measurements from space to reveal what is going on.”

“We combined satellite measurements from Swarm and the earlier German Champ mission and Danish Ørsted mission with a computer model of the geodynamo to explain what the ground-based data had thrown up – which led to our discovery.”

“Magnetic waves are likely to be triggered by disturbances deep within the Earth’s fluid core, possibly related to buoyancy plumes. Each wave is specified by its period and typical length scale, and the period depends on the characteristics of the forces at play. For magneto-Coriolis waves, the period is indicative of the intensity of the magnetic field within the core.

“Our research suggests that other such waves are likely to exist, probably with longer periods – but their discovery relies on more research.”

Previous Post: This Is The World’s First Image of Light as Both a Particle And a Wave

Next Post: Astronomers Detect Huge ‘Planet Killer’ Asteroid that Could One Day Smash into Earth (Video)