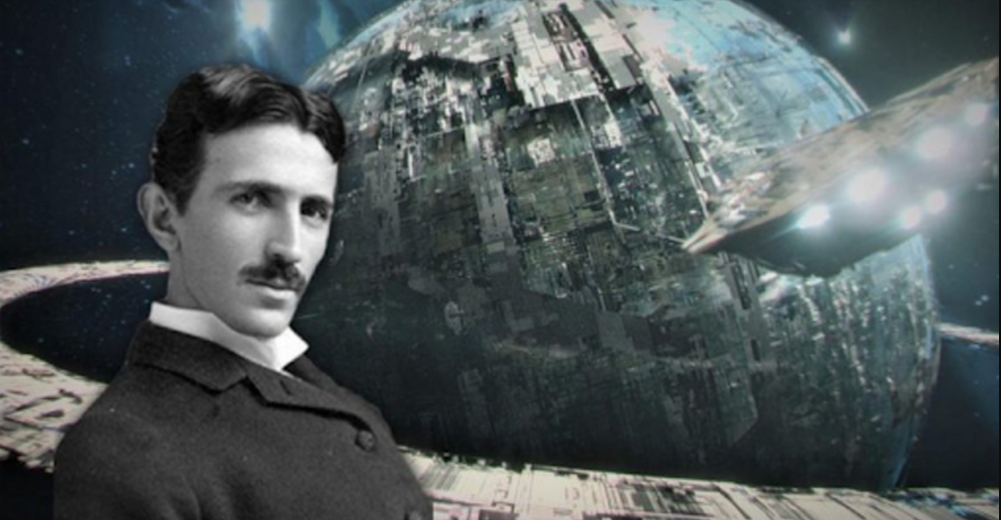 According to declassified FBI documents, there is a letter in which it is mentioned that Nikola Tesla was brought to Earth from the planet Venus when he was just a baby.

The letter in question mentions how Nikola Tesla successfully invented a device that could be used for interplanetary communication.

He explains that Tesla engineers built the device after Tesla’s death in 1950, and have been in close contact with ‘spaceships’ ever since.

Furthermore, the FBI document mentions how Tesla was a Venusian who was brought to Earth as a baby, in 1856 and left in the care of Mr. and Mrs. Tesla in a mountainous province in the present day Republic of Yugoslavia. Croatia.

Everyone loves a conspiracy, and what better conspiracy than to suggest that Nikola Tesla, one of the greatest scientific minds to ever live on Earth, was an alien.

And no, it is not something that we came up with, it is not fake news, because this is in fact mentioned and written in a declassified document by the FBI, freely available here.

Declassified documents released by the FBI mention a number of interesting things about Nikola Tesla. The document is freely available on the FBI website.

It is dated June 14, 1957, and titled “Interplanetary Session Newsletter” also mentions a number of controversial issues.

Here is the transcript of the documents:

We have not issued a Bulletin since May 1, 1956 because we have no news from Space that we can consider authentic. However, now we have good news to pass on to you.

He is the author of two books: ‘I Rode A Flying Saucer’, and I’nto This World and Out Again ‘. He also publishes in Proceedings magazine, which is generally published monthly. Previous issues of the procedures have been reprinted in a single volume. Address George Van Tassel, PP Box 419, Yucca Valley, California.

Dan Fry is the author of ‘The White Sands Incident’. In this book, he tells the story of a trip he took in a flying saucer from a desert location at ‘White Sands Proving Ground’ in New Mexico to New York City and back, in 32 minutes.

Dan Fry and other gentlemen are now on their way to New York by car. George Van Tassel and Art Aho will arrive at Mr. Aho’s plane. They all plan to be in New York City at the Diplomat Hotel on June 17.

They will probably be heard next week on Long John’s show on Radio Station WOR, from 12 p.m. to 5:30 a.m., every night except Sunday.

This letter will not reach you in time to see flying saucers over New York on the night of June 13, from 10 pm to 1 am But there will be full-scale flying saucer operations in all areas of America on July 1.

Phase Three: Large-scale operations in all American areas beginning at 7:00 p.m. on July 1.

The information above has been provided by George King, editor of Cosmic Voice, 88 The Drive Mansions, Fulham Road London SW 6. Also, note that George King also published previous issues of Cosmic Voice in a single volume of $ 1.00 plus expenses. shipping.

This is hands down the best “buy” saucer messages we know of. George King is considered the best telepathic contact that space people have, although George Van Tassel is the best we have in America .

Obviously, the most striking detail mentioned in the FBI document is the following:

“… Space people have visited Tesla engineers many times, and we have been told that Tesla was a Venusian, brought in as a baby in 1856, and left with Mr. and Mrs. Tesla in a remote mountainous province in Yugoslavia. “.

Details and above transcripts can be verified here. PDF files containing the above-mentioned details as well as other Tesla-related information can also be accessed via this link .

To get into the background a bit more, Van Tassel claimed to have been in contact with a spacecraft from Venus.

He was invited on board where ‘Aliens’ verbally and telepathically gave him a technique to rejuvenate the human body.

The device was eventually built and named “Integratron” and supposedly partially built with Nikola Tesla’s research.

George King was the founder of the so-called Aetherius Society, a religious movement based on extraterrestrial contact.

King claimed that the Aetherius Society was the result of alien contact whom he referred to as the Cosmic Masters.

The book “The Return of the Dove” was dedicated to Nikola Tesla and, according to GoodReads, provides the scientific answer to the great spiritual needs of the world today.

This book, written by Margaret Storm is considered today as a work of fiction that does not provide any evidence to support the claims that Tesla was from Venus or another dimension.

However, many readers agree that Storm offers a completely different take on Tesla, his life, his background, and his work.

Previous Post: Cold Water vs. Warm Water: One of Them is Damaging to Your Health

Next Post: Science Explains What Happens To Your Soul After Death