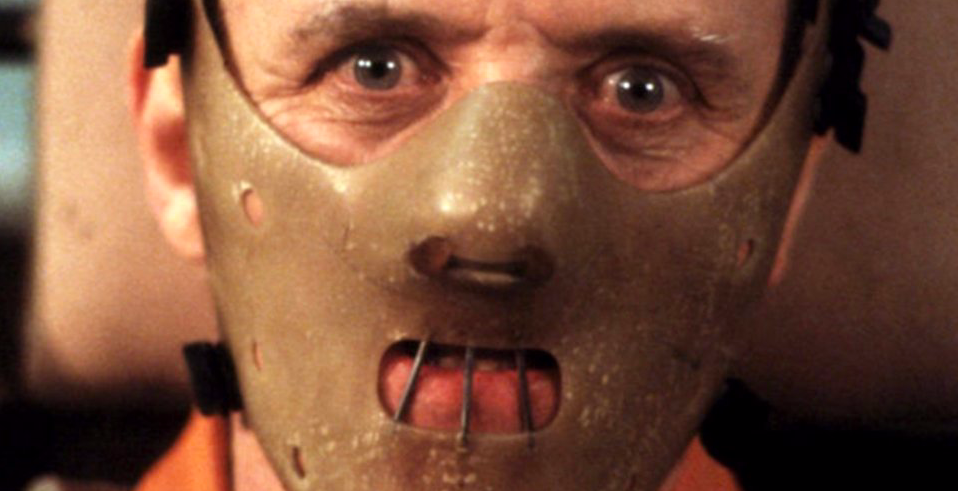 Serial killers make for iconic characters in film and TV. From Hannibal Lecter to Dexter to Villanelle, we analyze their MBTI.

Throughout cinematic history, and history in general for that matter, society has been utterly entranced by the inner workings of the criminally disturbed. While there are certainly healthier versions of the this sort of people — Batman, for example — in this article we’ll be exploring the inner workings of some of entertainment’s most iconic and most repugnant killers and creeps. Generally, the Myers-Briggs Personality Index is not something that would be applied to the sociopaths and psychopaths that will be found below. But hey, they’re fictional and it’s fun. So let’s jump right in with one of the most unsettling killers in cinematic history.

Hannibal Lecter has been terrifying audiences and federal agents alike for decades now, in both film and TV. While his affinity for human flesh is truly horrifying, it’s his quick, logical and analytic mind that gives him his position as one of cinema’s most terrifying killers. Hannibal is rarely in a position he hadn’t planned on being in. Roger Ebert put it best when he said, “He is a dispassionate, brilliant machine, superb at logic, deficient in emotions.” Hannibal is never held down by the weight of his conscience; he simply knows that he enjoys what he is doing, and he’ll continue to do it so long as he’s able.

With Season 2 officially confirmed, Netflix’s You will continue the story of killer Joe Goldberg. Aside from all the murder, Joe actually has a lot in common with the last entry (as well as the next one). Joe has a rich interior world, and while that world is screwier than an M.C. Escher piece, his inner monologue and his tendency to trail off in his head can sometimes land him in hot water. Unlike Hannibal and the next entry, Joe is led by his passion, his emotion, his expectations of reality rather than reality itself. He is hot-tempered and quick to make life-altering — or rather, life-ending decisions. Joe would do well to learn from the next killer, as this guy’s been doing it down in Miami for a very long time.

Much like the last two entries, Dexter is the type of killer who is likely found in his own head more often than not. However, Dexter is also incredibly cautious and very rarely steps outside of his planning, which he has done endlessly. Dexter is the silent killer. The type of killer who has the patience and forethought to set a kill-room, stalk his victims for weeks on end if necessary. Then again, when hunting other predators, one must be very careful.

Dr. Whitly is definitely the newest killer to hit the scene in the TV series Prodigal Son, but that doesn’t mean he hasn’t got the experience to back up his title of “The Surgeon.” Much like Hannibal and Dexter, Dr. Whitly spends a lot of time preparing, growing and learning about his kill, and his preferred method. While there hasn’t been much information about his kills or victims revealed just yet, what we do know is that Dr. Whitly has a large personality. He is almost exclusively seen with a smile on his face when his family visits. Like the surgeon’s mask he once wore in operating rooms, this smile hides his dark and violent impulses.

By the time that audiences are introduced to Joe Doe in Se7en, he’s already pretty deep into both his psychosis and his master plan. Which is to say that there are no pretenses when it comes to John. Like many killers mentioned in this article, John is incredibly introverted; his bubble is so small that it doesn’t leave his skull. He’s decided on a set of values and principles that he believes are correct, and when reality doesn’t fit into his ideals, he imposes them onto it (and others).

While American Psycho‘s Patrick Bateman may not have had a medical degree, he’s certainly got a lot more in common with people like Dr. Whitly or Mr. Robot’s Tyrell Wellick. Patrick is incredibly driven and obsessed with status. He’s got the type of mind that will fixate and overthink on the stock or lettering of someone else’s business card. He’s also the type who would kill that same person while blasting Huey Luis and the News. While Patrick is generally very composed and contained, as the film progresses, audiences begin to see the tightly-wound killer begin to come more and more undone.

Like many of his creepy colleagues, Norman Bates, of Psycho and Bates Motel has a lot going on in his mind. And that was before he absorbed a distorted version of his own mother into his psyche. While killers like Hannibal and Dexter spend their time planning and plotting, killers like Norman and Joe tend to strike when the killing iron is hot. While Norman is good at covering up the actions of his “mother,” there’s certainly no planning or forethought when it comes to who his next victim may be.

Jigsaw may have convinced himself (and others) that he is doing God’s work by strapping people into elaborate traps with little to no hope of escape, the police — at least most of them — aren’t convinced. Jigsaw’s logic for spending all of his time developing the world’s most awful Rube Goldberg machines is because he believes he is elevating the consciousnesses of all those that survive. He has deluded himself into believing that he is liberating the survivors from a life lived without appreciation. While typically not the case, however, some that have suffered the trauma of his traps might just agree with him. 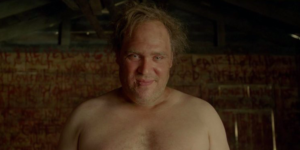 The Yellow King of Carcosa. Errol Childress. A man who outsmarted authorities and evaded capture so long that the detectives working his case almost forgot about him. Well, at least one of them did. By the time True Detective‘s Rust and Cohle finally catch up to him, Childress has been responsible for countless murders, rapes, disappearances, and torture just to top it off. Childress was highly intelligent, likely self-educated, and someone who was able and willing to control a large group of people with the use of his family name and a little story-telling.

Villanelle, of Killing Eve fame, is by far one of the most interesting and complicated killers to have hit television screens in a long time. She is unafraid, unencumbered, and a master when it comes to her career at stacking bodies so high you could see them from space. She is incredibly capable and intuitive. Using her surroundings and utilizing the weaknesses of her targets comes second-nature to Villanelle. While her handlers may be left wanting when it comes to her reading of dossiers or planning out an attack, what they don’t seem to understand is that Villanelle is a drum circle at Venice Beach — she works best when she goes off-script.

Next Post: Which Historical Figure Matches Your Myers-Briggs Personality Type?