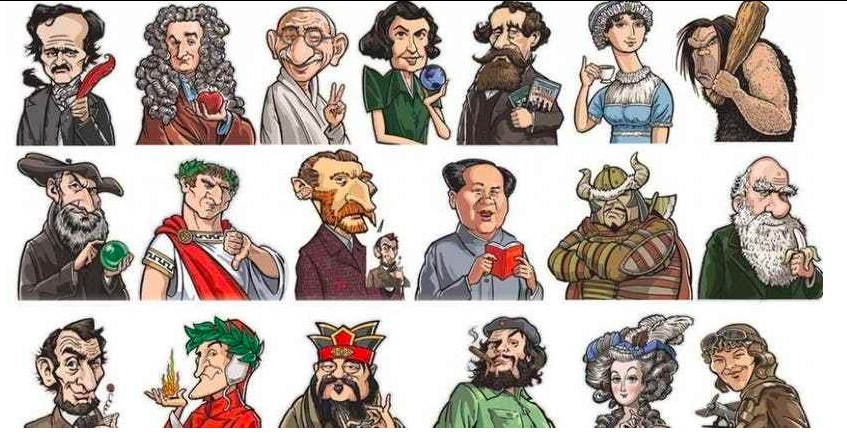 There aren’t many people more commanding than Queen Elizabeth I, who reigned over England during an era where most men feared a woman in power. Elizabeth was an ENTJ – known for producing leaders and strategists. Combining charisma and confidence, it isn’t hard for an ENTJ to convince others to follow. But the efficient, energetic side of ENTJs is balanced by a tendency to be stubborn and impatient. 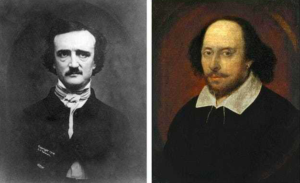 INFPs are defined by their idealism. They are also extremely creative, so it’s no surprise that many famous writers fall into the INFP category, including Shakespeare and Edgar Allan Poe. INFPs have strong principles but they can be wary of direct confrontation, so they express themselves through writing and art. As writers, they can be amazing communicators. 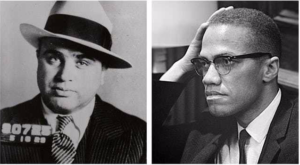 ESTPs love being the center of attention. And that desire for the spotlight can make them restless, always driven to pursue action. Al Capone is a great example: his criminal empire fit with his natural need for action and excitement. ESTPs love drama, and they dive into the action in every situation. Combining boldness with a practical side, ESTPs have to battle their instincts toward impatience and risk. 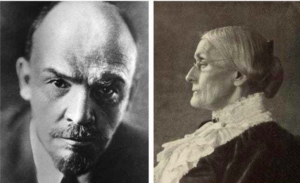 INTJs are known for being extremely strategic – earning them the nickname “the mastermind.” So it’s not surprising that a number of influential historical figures count themselves among the ranks of INTJs, even though they make up only 2% of the population. INTJs are confident, intelligent, and decisive, but they can also tend to be arrogant and judgmental. INTJs can change the world, but they often piss off a lot of people while doing it. 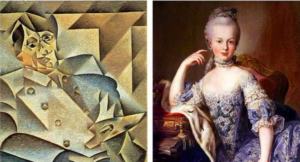 ISFPs are creative and imaginative, and they love being spontaneous. It’s no surprise that artists like Picasso come from this personality type, since ISFPs love to push the limits of aesthetics and design, experimenting with their art. In addition to their artistic side, ISFPs are charming and passionate, but their unpredictability can cause problems. ISFPs also tend to be competitive and they don’t handle criticism well. 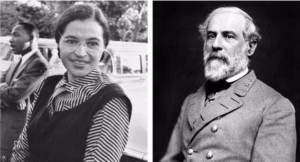 What do Rosa Park and Robert E. Lee have in common? While the two were on opposite sides of the civil rights debate – Rosa Parks famously refused to move to the back of the bus, while Robert E. Lee led an army to keep black Americans enslaved – the two were both ISFJs. They tend to be analytical and yet they have excellent people skills, building connections more than typical introverts. They are caring and helpful, and often devote their lives to helping people in need. Family is important for ISFJs, and they make excellent friends. 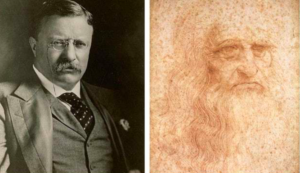 Don’t get into an argument with an ENTP – they’ll never quit. ENTPs love acting as devil’s advocates, and they rarely shy away from conflict. Their natural instincts to question authority and traditions make ENTPs valuable shakers of the system. It’s no wonder that this group includes both Leonardo da Vinci, who questioned the boundaries of art and science, as well as Alexander the Great, founder of a new empire. 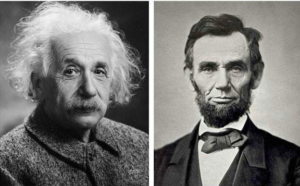 A lot of scientists are INTPs. And it’s no surprise – INTPs love logic, and they always search for reason. On top of that, they love patterns and rooting out inconsistencies. That makes them great analysts and abstract thinkers, and they can also be quite imaginative. After all, it isn’t easy thinking up the theory of relativity. However, they can also seem private and withdrawn, and their brilliance can sometimes come across as condescension. 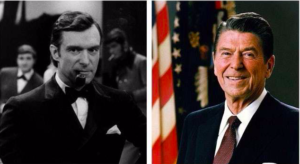 They were on opposite sides of the culture wars, but Ronald Reagan and Hugh Hefner had something in common: both were ESFPs. The personality type is known for producing show-offs and divas, driven by their outgoing, energetic, and impulsive natures. They are stylish, pursue the spotlight, and treat everything like a performance. But that need for constant attention can make ESFPs grow bored easily, and they aren’t great at planning for the future. 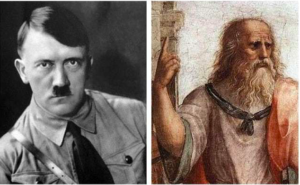 INFJs might be the rarest of the Myers-Briggs personality types, but everyone knows the most famous historical INFJ: Hitler. He combined the INFJ idealism and morality with the will to enact a vision. But not every INFJ is doomed to follow in Hitler’s footsteps. If INFJs can focus on their creativity and insightfulness rather than intensely private perfectionism, they might end up more like Plato or Dante, critics of their society but also men concerned with justice.

According to the odds, ENFJs have a two-in-three chance of winning a Nobel Peace Prize – at least going by this list of three ENFJs. Charismatic and full of passion, ENFJs are natural leaders. When ENFJs see something wrong, they speak out. They care deeply about other people and want to help people improve themselves and solve their problems. So it’s no surprise that Martin Luther King, Jr. and Nelson Mandela were both ENFJs. 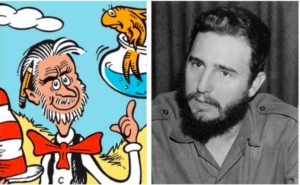 ENFPs are creative and versatile – and their personality traits can take them in many directions. As free spirits, ENFPs want to connect with others, and they often seem very charming and energetic. Some channel their energy into creative writing, like Dr. Seuss, while others are political idealists who have a tendency towards dictatorship, like Fidel Castro. On a practical level, ENFPs have trouble focusing and can easily overthink things. 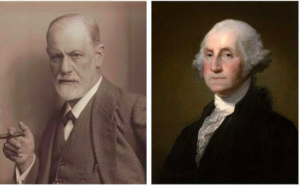 ISTJs are steady and reliable. They are planners who stick to their routines, but they sometimes manage to change the world. With sharp, fact-based minds, ISTJs prefer to be self-sufficient rather than relying on others. They are responsible and enjoy creating order, much like the first US president, George Washington, but they can also tend toward stubbornness and they hate unstructured environments. 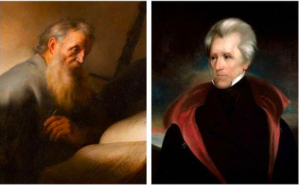 ESTJs are known as executives because they stand for tradition and order. They are driven to bring people together, and they are confident and well-organized leaders. ESTJs can come across as bossy or closed-minded to more free-spirited personality types, but they are very solution-driven and push for their way of doing things. ESTJs often back up their claims by using the mantra of tradition. 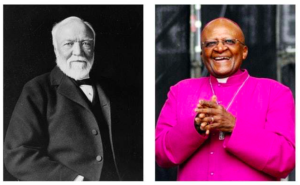 ESFJs are consensus builders, which can make them very popular. At parties, they’re the ones trying to talk with every person and make sure everyone is having a good time, and they often come across as loyal and warm. On the negative side, they can worry about their social status, becoming preoccupied with their influence. Their love for stability and dislike of conflict in the name of consensus helps bring harmony to their groups. 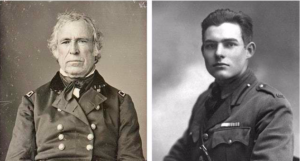 ISTPs love to tinker – they explore the world with their hands, jumping into lots of projects and they’re always building things, so it’s no surprise that Amelia Earhart was an ISTP. They’re practical and energetic, but if they don’t have anything to work on with their hands, they can become bored. Which isn’t good for an ISTP – they sometimes engage in risky behaviors just to have something to do. Along with their practical side, ISTPs are perfectionists who hold themselves to high standards.

Next Post: 42 Creepy AF Things Kids Said To Their Parents That Absolutely Chilled Them To The Bone