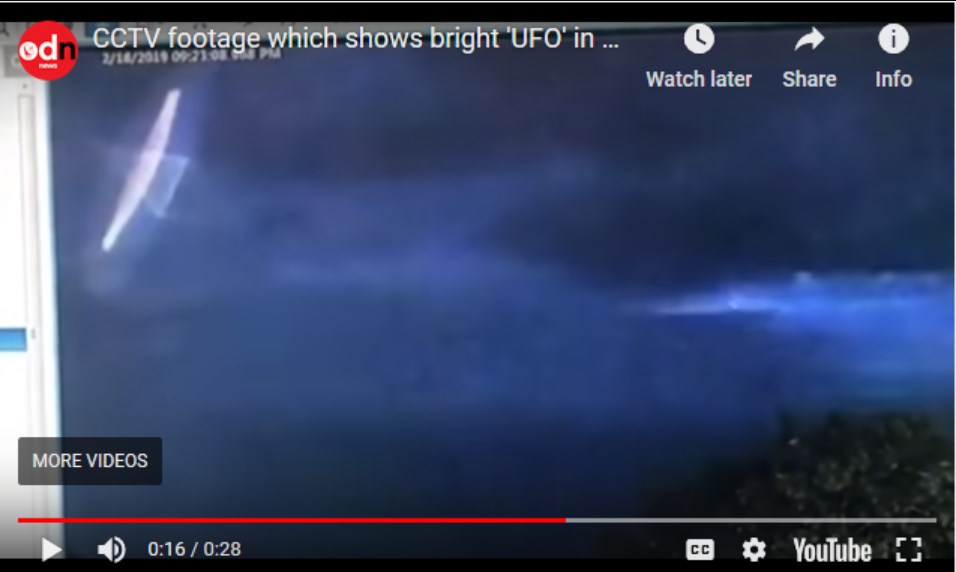 Police in one of the most remote parts of Australia have shared UFO Video with an unearthly footage of a strange bright light hovering in the sky.

Shot during a thunderstorm, the UFO video immediately prompted speculation about aliens – including from the Broome Police themselves, who suggested the footage could be a UFO.

Though the video presumably shows the effects of the intense thunderstorm that is raging in the background and the effect of lights closer to the camera, the bright light shining in the sky does look eerily like a flying saucer.

“After reviewing CCTV at town beach of last nights storm, it appears we were not alone,” the police’s official Twitter feed wrote, followed by a string of UFO emoji.

In the video, the strange object appears in the sky after a bright lightning flash. It then stays there – seemingly lit by each flash in the sky – before moving away and then coming back again. After police posted the video on Facebook and Twitter, a number of members of the public suggested that there was a more earthly and less spectacular explanation for the strange phenomenon.

“Sorry to be the grinch here and sorry if you all worked this out and I’m in fact the idiot who took too long to work this out, but the car in bottom right reverses out at the same time as the artefact appears,” wrote one commenter. “You can see the reflected light in its rear window. This light is then bouncing backwards and forwards off the lenses in the camera causing a lens flair.”

Next Post: The Tulli Papyrus Is The Oldest Record Of UFOs Flying Over Ancient Egypt