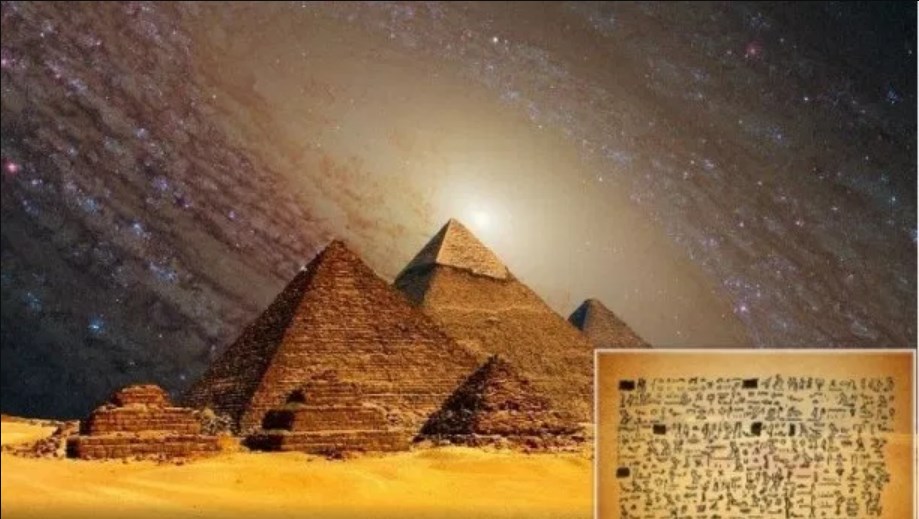 The mysterious Egyptian text so-called Tulli Papyrus is believed to be the first written document in the history describing a UFO sighting that apparently occurred in the 18th dynasty around 1480 BC.

This text isn’t just an ordinary Egyptian document. Mainly, because it seems to talk about a UFO sighting that happened during Thutmosis III’s dynasty.

The writing was unintentionally neglected for many years, however, in the 1930s the public finally became familiar with it.

Dealing with the fact he couldn’t afford it, he copied it and then recopied it displacing the hieratic text with some hieroglyphs. As a result of his action, many skeptics still doubt its genuineness.

In our era, the Tulli Papyrus is, in one way or another, a legend in the UFO tradition. According to many people, it is an inevitable proof that extraterrestrial life exists.

The text is believed to be the oldest documentation of the UFO phenomena.

Despite being damaged, Prince Boris de Rachewiltz managed to decipher the text and explained that it was one section of the Annals of Thutmose III.

The interpretation of the papyrus implies that the UFO sighting happened in 1480 BC and that many people witnessed the event.

On the other hand, it is also quite likely that it was some kind of an astronomical event which the ancient Egyptians misunderstood as UFOs.

However, researchers pointed out that the Egyptians had knowledge of astronomy so they dismissed the above-mentioned possibility.

We should also mention that the Tulli Papyrus is not the genuine one from the antique shop, but a copy. Moreover, there was no scientific investigation conducted on the papyrus.

The text beneath is the translation by Prince Boris de Rachewiltz.

In the year 22 third month of winter, sixth hour of the day the scribas of the House of Life found it was a circle of fire that was coming in the sky (Though) it had no head, the breadth of its mouth (had) a foul odour. Its body 1 rod long (about 150 feet) and 1 rod large, It had no voice.

They hearts become confused through it; then they laid themselves on the bellies They went to the King ..?) to report it. His Majesty ordered has been examined as to all which is written in the papyrus-rolls of the House Of Life His Majesty was meditating upon what happened. Now, after some days had passed over these things, Lo! they were more numerous than anything. They were shining in the sky more than the sun to the limits of the four supports of heaven.

Powerful was the position of the fire circles. The army of the king looked on and His Majesty was in the midst of it. It was after supper. Thereupon, they (i.e. the fire circles) went up higher directed to South. Fishes and volatile fell down from the sky. (It was) a marvel never occurred since the foundation of this Land! Caused His Majesty to be brought incense to pacify the hearth, what happened in the book of the House of Life to be remembered for the Eternity.