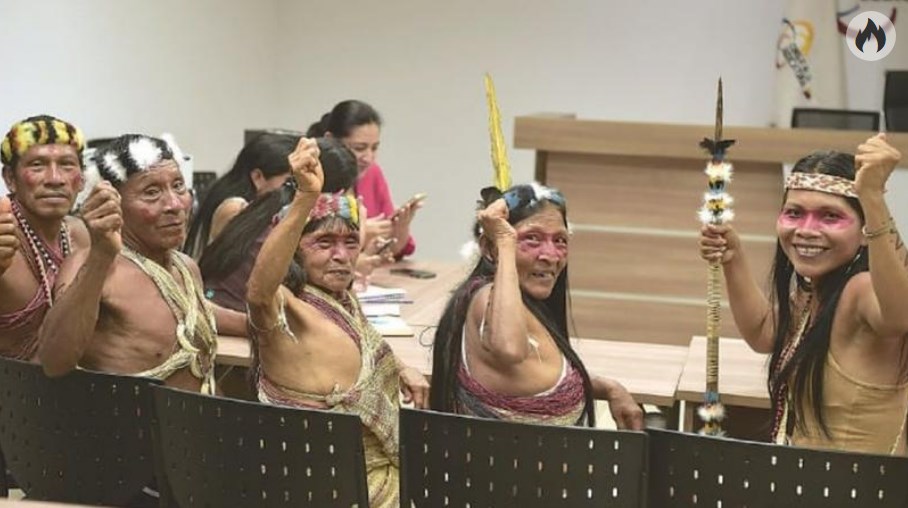 The Amazon Rainforest is well known across the world for being the largest and most dense area of woodland in the world. Spanning across nine countries, the Amazon is home to millions of different animal and plant species, as well as harboring some for the world’s last remaining indigenous groups. The Waorani people of Pastaza are an indigenous tribe from the Ecuadorian Amazon and have lived in the Rainforest for many generations. However, there Home came under threat from a large oil company – they didn’t take it lightly.

After a long legal battle with a number of organizations, the Waorani people successfully protected half a million acres of their ancestral territory in the Amazon rainforest from being mined for oil drilling by huge oil corporations. The auctioning off of Waorani lands to the oil companies was suspended indefinitely by a three-judge panel of the Pastaza Provincial Court. The panel simply trashed the consultation process the Ecuadorian government had undertaken with the tribe in 2012, which rendered the attempt at land purchase null and void.

This win for the indigenous tribe has now set an invaluable legal precedent for other indigenous nations across the Ecuadorian Amazon. After accepting a Waorani bid for court protection to stop an oil bidding process, the court also halted the potential auctioning off of 16 oil blocks that cover over 7 million acres of indigenous territory.

While there is no evidence, some people believe that the Ecuadorian government may be accepting bribes in some roundabout way. The land in question is meant to be protected under Ecuador’s constitution that establishes the inalienable, unseizable and indivisible rights of indigenous people to maintain possession of their ancestral lands and obtain their free adjudication.

Furthermore, the constitution also states that there is a need for prior consultation on any plans to exploit the underground resources, given the probable environmental and cultural impacts on tribal communities. The government claim they did do this in 2012, however, the tribe alleges that the agreement they came to was based upon fraudulent practices in favor of the oil companies and the government was favoring their bottom line over the people the actually still live on this valuable land. Due to this, the judges ordered the Ecuadorian government to conduct a new consultation, applying standards set by the Inter-American Court of Human Rights before anything else is agreed regarding the exploitation of the natural resources below the ground.

Next Post: Video footage of ‘UFO’ during storm released