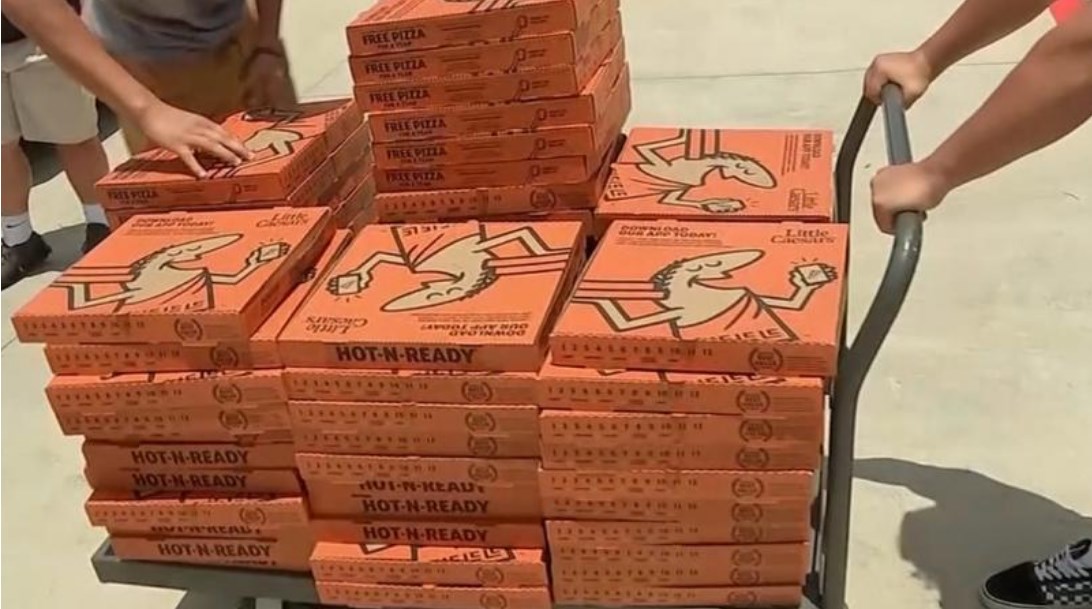 Amidst all the violence and tragedy, there’s always one act of kindness that stands out and makes up for some of the cruelty and suffering in the world. When graduating, it’s a tradition to throw a big party and celebrate the end of school. However, for one Texas teen, she didn’t feel like celebrating with a traditional party. Instead, she decided to throw a pizza party for homeless women and children.

Leanne Carrasco threw a pizza party for homeless women and children at the Star of Hope Center in Houston. It wasn’t just pizza that was being given away either. Alongside the delicious food, all attendees received personal hygiene bags. In total, Carrasco gave away 400 personal hygiene bags and 90 pizzas shared between a whopping 200 residents! The hygiene bags were a welcome bonus alongside the treat of pizza that the homeless probably don’t get to eat very often. Just small acts of kindness such as this can be such a huge morale booster for those living on the streets. It doesn’t take much to show empathy and help out, but it goes a long way.

At first, Leanne Carrasco seems like a regular teenager, just like any other. However, during an interview, she said that she wanted all the homeless women and children to know that someone did still care about them. She goes on to say that seeing something like this is quite rare but the feeling she gets from it is amazing, saying it’s fulfilling to help others rather than just helping herself.

It seems as if this selflessness is just in her nature. Carrasco plans on helping even more people in her career. She plans on heading to Iowa to attend nursing school.

Despite everything that happens in the world, there’s always hope. Hope that someone is still thinking of others, caring about them, and doing something about it.

Next Post: Koalas Are Now “Functionally Extinct” In Australia