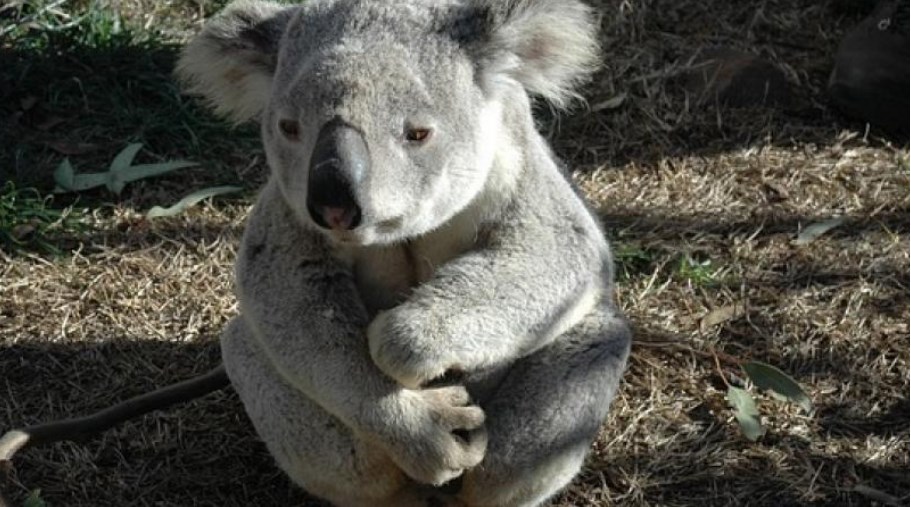 When someone thinks of a koala, the image that comes to mind is usually a cute cuddly tree hugger hanging out with their friends and family in the dense heat of Australia. However, that little cuddly tree hugger might not have any friends or family time hang out soon.

According to the Australian Koala Foundation, it is estimated that there are no more than 80,000 koalas left in Australia, which therefore makes the species “functionally extinct”. Since May 2012, koalas have been listed as vulnerable in Queensland, New South Wales and the Australian Capital Territory due to the populations in these regions declining so significant, or at risk of doing so in the near future. However, the “vulnerable” status of the koalas seems to have not had much of an effect on their population numbers, which is both incredibly sad and disappointing.

One thing that researchers are often asked is how many koalas are left in Australia. There isn’t one simple answer to that question though. The problem when estimating koala numbers is that they aren’t stationary animals, they’re patchily distributed throughout an extremely wide range encompassing urban and rural areas in four states and one territory, and they are also usually difficult to see in the world. This makes it extremely difficult, near impossible to give an accurate number. The effort it would take to find all the koalas and record their numbers would be massive and quite frankly, it would take far too long.

While the estimate of 80,000 is considerably lower than any other recent academic estimate, it’s no secret that koala numbers in many places are actually in steep decline. That said, it’s still quite difficult to say exactly how many koalas are still remaining in Queensland, New South Wales, Victoria, South Australia, and the Australian Capital Territory as the areas are simply too large.

One thing that is for sure though is that these beautiful animals are highly vulnerable to a wide range of threats such as deforestation, disease, as well as the effects of climate change. The most serious of these threats is deforestation of their natural habitats – the eucalyptus trees. Numbers are falling drastically and once a koala population falls below a critical point, it can no longer produce the next generation, leading to extinction, and in this case, the koalas are already functionally extinct. It is said that in some inland regions of Queensland and New South Wales, koala numbers have declined by as much as 80%, which is an enormous amount!

For many people, the term “functionally extinct” isn’t one that they hear very often. It can actually describe a number of perilous situations, not just one. For example, in one case, it can refer to a species whose population has declined to the point where it can no longer play a significant role in the ecosystem. An example of this would be dingoes. They are top predators and therefore play a significant role in some ecosystems in which they live. However, the term functionally extinct has been used to describe dingoes in places where their numbers have become so reduced that they have a negligible influence on the species they prey on.

In regard to koalas, they are hardly top predators but they still play an important role in many ecosystems. For millions of years, koalas have been a key part of the health of certain eucalyptus forests by eating upper leaves and contributing to important nutrient recycling on the first floor in the form of their droppings. According to many researchers and archaeologists, their known fossil records date back approximately 30 million years so they may have once been a food source for megafauna carnivores meaning they may have been far more useful than many people once thought.

The final use of the term functionally extinct is when it’s being used to refer to a small population that is still breeding but is also suffering from inbreeding that can threaten its future viability. This applies to at least some koala populations in urban areas. Furthermore, genetic studies on the Koala Coast, which is located around 20 kilometers (12 miles) southeast of Brisbane, show that the population is suffering from reduced genetic variation – I.e. Inbreeding. In South East Queensland, koalas in some areas have experienced a catastrophic decline.

Despite the gargantuan effort needed to accurately count the koala population in Australia, a panel of fifteen koala experts did attempt to complete the feat back in 2016. In an attempt to determine population trends throughout the four Australian states in question, the experts used a structured, four-step question format to estimate bioregional population sizes of koalas, and if there were any changes in those sizes.

The results they produced are actually quite shocking, to say the least. The estimated percentage of koala population loss in Queensland, New South Wales, Victoria, and South Australia was 53 percent, 26 percent, 14 percent, and 3 percent, respectively. They also gave a rough figure for the total number of koalas in Australia which was 329,000 (within a range of 144,000 to 605,000). The estimated average decline of the amazing creatures is 24 percent over the past three generations as well as over the next three generations.

Next Post: There May Be Creatures on This Planet More Intelligent Than Humans, Study Says