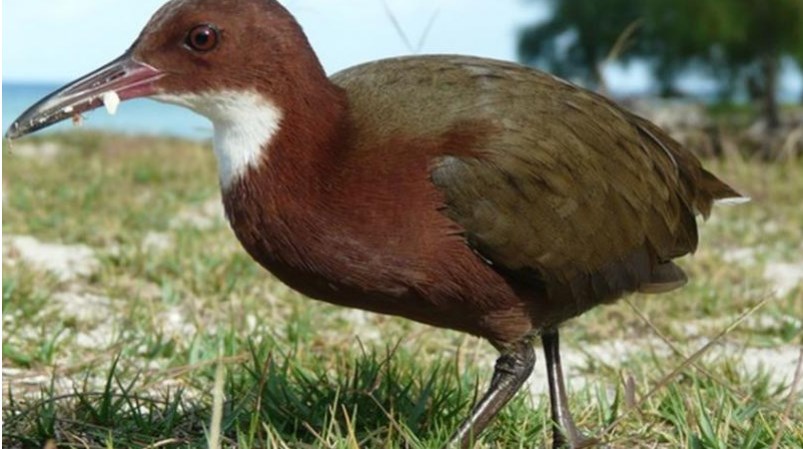 If someone were to look at the picture of the bird below, they would probably think it’s just an ordinary bird and nothing special either. The image is actually of the Aldabra white-throated rail, a flightless bird that lives on an atoll of Aldabra in the Indian Ocean. While this small bird may not look like much, it actually has some pretty big bragging rights. The bird has effectively done the unthinkable and evolved itself back into existence after going extinct around 136,000 years ago, which is absolutely remarkable.

On Wednesday, a study was published in the Zoological Journal of the Linnean Society. According to this study, the rail’s evolution back into existence is an example of a rarely observed phenomenon called iterative evolution. What this means is that the same ancestral lineage has the ability to produce parallel offshoot species at different points in time. So it’s more than possible for identical species to pop up multiple times in different eras and locations, even if past iterations have gone extinct, as is what happened with the Aldabra rail.

According to the study authors, Julian Hume, an avian paleontologist at Natural HistoryMuseum in London, and David Martill, a paleobiologist at the University of Portsmouth, around 136,000 years ago, Albadra, where these rails live, was submerged by an inundation event. A number of fossils of the flightless bird have been discovered from both before and after Albadra was submerged. The first iteration of flightless rails descended from flying forebears that originated in the Seychelles Islands and Madagascar. However, they were unfortunately wiped out by the rising sea levels which covered the atoll where they resided.

Against the odds though, it appears as if the same parent species have recolonized the atoll once it emerged from under the waves tens of thousands of years later. After studying the fossils, researchers are pretty sure that the new rail was again evolving toward flightlessness at the time due to the absence of predators on Aldabra which rendered the ability obsolete. Around 36,000 years after the first iteration went extinct, the evolutionary process had already effectively produced the same bird.

This isn’t the first time that iterative evolution has been observed in animals. For example, a lot of research has been done into animals that are able to do this, such as sea cows, ammonites, and sea turtles.

However, the authors have concluded that the rails represent an unprecedented case study of avian iterative evolution. There is no evidence of any such activity occurring with any rail species or birds at all for the matter. This is the first example where iterative evolution is so prominent.

Next Post: Photographer Took One In A MILLION Photo, Didn’t Know Until He Got Home