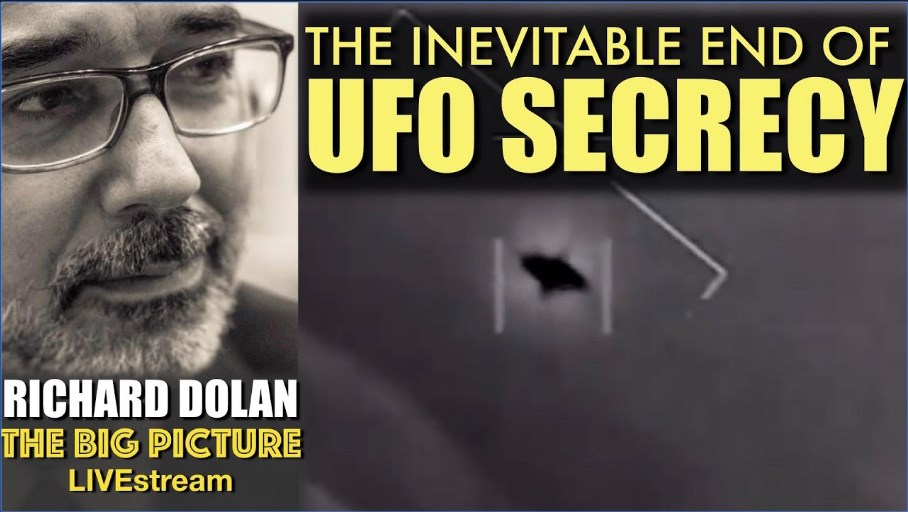 UFOs have always been an unspoken part of our world, something that remains officially denied but which is in fact believed by enormous numbers of people, many of whom work within the classified world and know the truth.

As one of the world’s leading researchers and writers on the UFO subject, Richard Dolan has dedicated many years to uncovering the truth about UFOs, and more recently, the dark covert operations known as false flags. He argues that the secret will not hold much longer, and in fact changes are already happening.

Previous Post: Black and red UFO is spotted and terrifies driver in Nashville

Next Post: Native Elder Shows a Petrified Alien Heart, Which He Claimed Belonged To The “Star People”