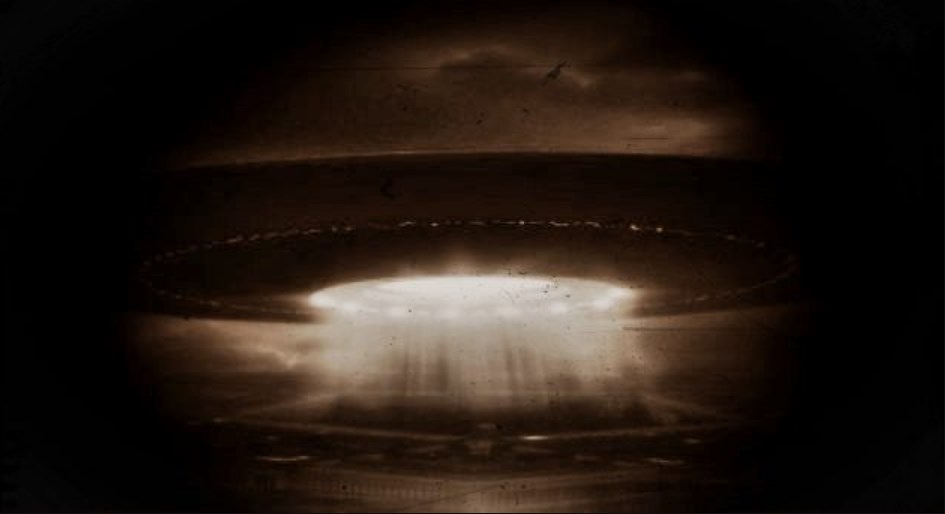 Dr. Ardy Sixkiller Clarke, a Professor Emeritus at Montana State University who is Cherokee/Choctaw has been researching the Star People for many years and collecting encounters between them and Native Indians.

I first learned about the “Star People” when my grandmother told me the ancient legends of my people. My childhood reality included narratives that traced the origins of the indigenous people of the Americas to Pleiades; stories of little people who intervened in people’s lives; and legends about the magical gift of the DNA of the “Star People” that flowed in the veins of the indigenous tribes of the Earth. I embraced the stories of the celestial visitors who lived among the Indian people as part of my heritage.

The book is fascinating to say the least, and describes many encounters of ‘star beings,’ both benevolent and malevolent in nature. Since I’ve been a UFO/extraterrestrial researcher for a very long time myself, it’s very interesting to see how some of these stories corroborate with some of the information I’ve come across from other sources over the years.

The following story comes from an elder who believed that “aliens not only once walked upon this land, but that they continued to do so. To prove his declaration, he displayed an alien artifact of a most personal nature – a petrified heart, which he maintained belonged to an ancient alien.”

His name was Sam, and he was a respected elder in his community. He worked at his community school as a surrogate grandfather counselling troubled youth. Clarke had developed a relationship with Sam, who was 92 years old at the time of this experience that Clarke shared in her book. One day, among many others, they had a very spiritual conversation, and life on other planets came up. He told Clarke that “our ancestors knew a lot more about the Universe than anyone has acknowledged, I have something I want to show you.”

According to Clarke he pulled back the blanket on his lap and held up a bundle.

My grandfather gave me this when I was a boy. He was almost 90 years old at the time. I was six or seven.” He unwrapped the object and handed it to me. “It’s a petrified heart,” I said, somewhat shocked by the object I was holding.

Clarke then proceeded to ask a number of questions. The elder answered, as Clarke describes:

“This is the heart of a star traveler. If you look closely, you will see that it is not quite like a human heart.” I turned it over in my hands and looked at it. Within the adult heart are two parallel independent systems, each consisting of an atrium and a ventricle. This heart was different. Instead of four chambers as found in the human heart, it had five chambers with three auricles and three ventricles. When I pointed that out to Sam, he nodded. “The Start People have hearts that are slightly different from ours. They beat much slower, too. According to my grandfather, the heart belonged to a star traveler. It was given to him by his grandfather who obtained it from his grandfather and so on and so on. Back in the old days, the Star People lived on Earth. They mated with our women and we became one with them.”

The last point is interesting, that they used to live here among the indigenous populations. This corroborates with various other indigenous stories shared from many others as well. As far as mating and interbreeding, stories about ‘gods’ interbreeding with human beings is also in the lore of not just indigenous people, but can be found in Christian lore too, specifically the “Nephillim.“

The elder went on to explain to Clarke that they were here until the white man came, according to the elder:

They knew the white man was coming to this land. They warned us and suggested that we leave this planet. Many spaceships came to take the people away. Some of the people went back to the stars to live. Many were strong-willed and stubborn and decided to stay behind. They believe they could resist the white men since they knew he was coming. They would have the advantage of surprise. It was not so. The white man’s weapons were greater, their words stronger, their numbers bigger. Some of the people even believed them to be gods and chose them  over their own people. Our ancestors from the stars never came back to save us. We were left to our own destiny.

He then went on to describe his experiences with the star people and how he has been taken aboard crafts and seen many worlds. Many worlds and civilizations that lived in the past, off the land and not as technologically advanced yet. He was also told about the ones who abduct people, and how many star groups avoided them, claiming that “they are no longer humans. They intentionally bred from their race the ability to feel love, compassion, and pain – all emotions. They believed it would make for a better world. One without emotions could lead to greater advancement.”

The abduction phenomenon is very real, and backed by a lot of great research from multiple professors and researchers.

Sam passed away at the age of 97. A photo appeared in the local paper of him in a headdress of eagle feathers and a beaded shirt. The headline read, “The Last Chief of the Northern Plains dies.”

Next Post: UFO Expert Claims There’s an Underwater Alien Base Beneath the Great Lakes