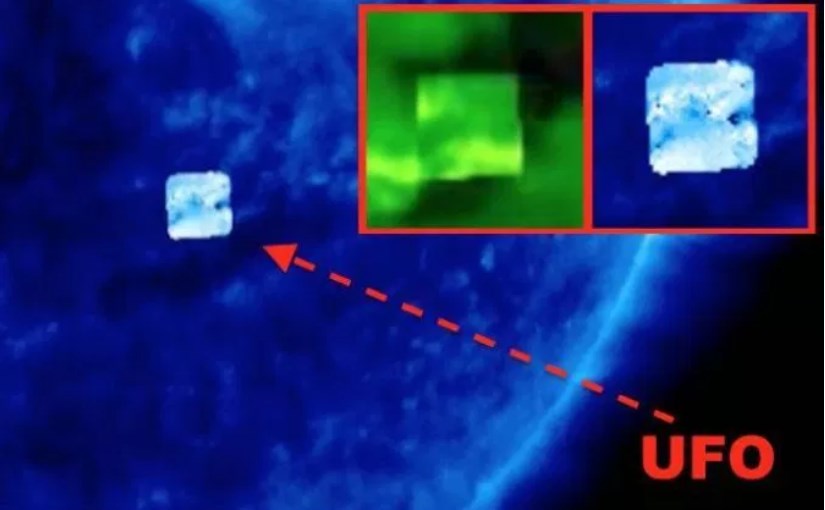 A new photograph taken by a NASA satellite is giving enough to talk about, because in it you can see, again, a strange cube shaped UFO near the Sun.

The alleged finding was made by researcher Scott Waring, editor of the popular UFO website “Ufo Sightings Daily”. According to this ufologist, in the image taken last February by SOHO, belonging to NASA, we can see an enormous cube-shaped object that, according to him, would be an extraterrestrial spaceship.

NASA’s SOHO Science Archive, where Waring found the alien cube, is a downloadable program that allows anyone to track the photo file of NASA’s sun.(cube shaped UFO)

Waring believes that this anomaly in space is very similar to one already seen in October 2018, but this time appears with less brightness and with a presumed design of lines on its surface.

The files contain a combination of real-time data and solar telemetry with images and films from the Sun. However, NASA has mentioned that the alleged ship is not such, since it would only be an optical defect caused by cosmic rays that hit the lens of the SOHO.

What do you think about this UFO “cube” near the Sun? Watch the following video and leave us your comment below.

Previous Post: Old manuscripts confirm that RA was an Extraterrestrial God of Egypt

Next Post: Miguel Blanco : The journalist who saw and spoke with a Demon