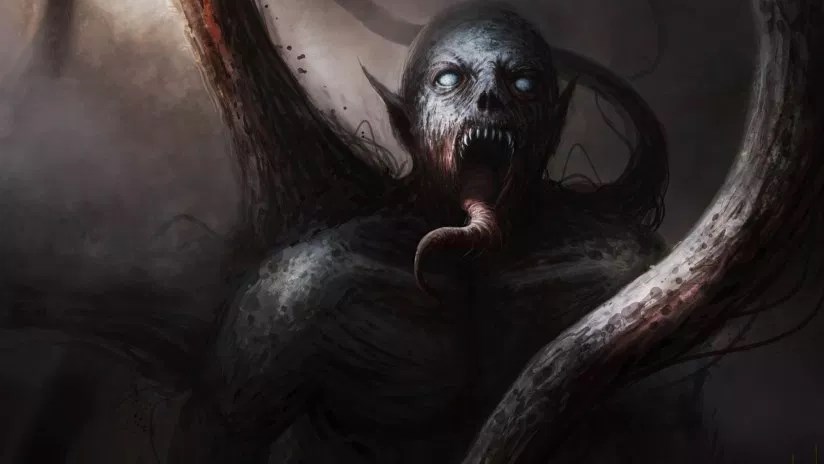 Miguel Blanco is one of the myths of investigative journalism par excellence, he has earned it to pulse, are more than 30 years consolidated after the mystery. After its start in Radio Juventud and Radio Cadena Española with “Ecos del Futuro”, “Espacio en Blanco” would be coming to the air over 20 years ago. Miguel tells in an interview how many years ago he could see a demon in Haiti.

To speak of Haiti is to speak of a poor, barren land, reminiscent of old years of French colonial rule and occupation, of hard dictators with few scruples, of the black guard, or of the dreaded zombified dust, and its devastating consequences. Lately in the news for the terrible earthquake suffered in its capital, Port-au-Prince, with thousands of victims and which required international help to help put on foot, once again, the one feared as a once paradisiacal place.

We have to start at the beginning, where all the stories begin. In the town of Gonaives, there in 1980 a person appeared, a man, walking with difficulty, erratically, with a lost look. In shock. When he was taken to the Haitian police, it was found out that it was Clavius Narcise … But it was impossible! Clavius Narcise was presumed dead, certified, on May 3, 1962, had spent 18 years and despite the time elapsed, and the poor living conditions of Clavius, was easily recognizable. Even in 1962 his body was buried … How was that possible?

Clavius Narcise had been turned into a “zombie” on May 4, 1962, when he was reanimated by a sorcerer, by a bokor. And in Haiti, worship is done to evil, to the devil, to the demons. As the researcher and journalist Miguel Blanco could verify.(Miguel Blanco)

Let’s continue … After many days of attention and care, Clavius, began to remember how after dying, the next day, was revived by a bokor, treated like an animal, his arms and legs were tied and moved to another place of the island, they administered something to him and he began to forget his previous life. His mind was asleep, it was an automaton that only did what he was ordered. He was delivered to a cane plantation where he worked in 16-hour days with hardly any food or water. For 18 years(Miguel Blanco)

And it is that zombification is a secret that only happens from bokor in bokor, imported from Africa by the first slaves. There, in the cellars of those slave ships grew a new religion that fused some Catholic rituals with African and Caribbean cults. Gods, demons, with masters of ceremony knowing the secret of their black magic … The Bokor.

The zombies are more than brain eaters or human flesh as they present in films in the style of “Resident Evil” or “The zombie terror”, after that image that we wanted to leave the seventh art there is a more subtle reality and more true about an undeniable phenomenon that is the existence of zombies.(Miguel Blanco)

The zombie as a reanimated person of a clinical death, which under certain substances has been induced and that is “awakened” by a sorcerer to be nullified his conscience and act, for life, as a slave with no more memories than the day to day, from minute to minute, from second to second …

As in the case of Clavius there were hundreds of new cases, especially when its popularity jumped to the newspapers. Fear is a factor to be taken into account in the population of Haiti, when it is feared that the bokor will “blow” the zombie dust and induce you to an almost eternal dream. To the point that the cemeteries and the relatives are buried in the gardens, and proximities, of the houses, so that the bokor does not take his loved ones to work as slaves. Better dead than zombies …

Perhaps the sordid movie “The Serpent and the Arches Iris”, which recreates in a novel way the adventures of these zombies on the island, gave us a good example. Have you seen her? Below is the interview that our friend David Parcerisa could make at the last UFO World Congress held in Barcelona. Leave your comment below!