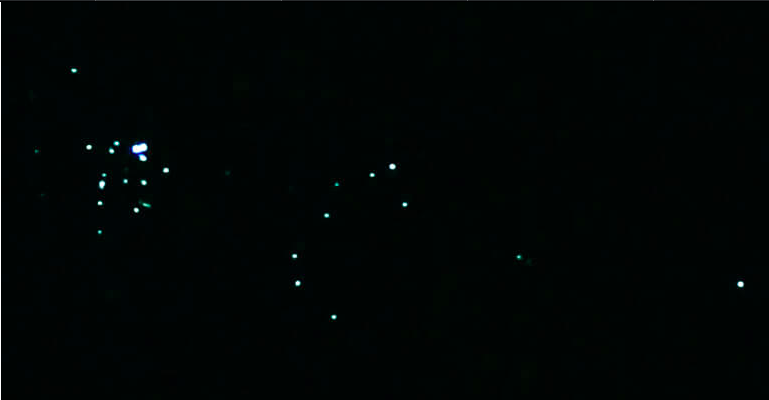 An entire fleet of UFOs was filmed over the mysterious city of Astana, capital of Kazakhstan. At first sight, the flying objects appear to be the orb UFOs seen all over the world. What could have caused this massive sighting?

Recorded in 2014, the following video reveals how a very large group of orb UFOs are “dancing” over Astana while defying the local population gathered to see the wonder.

The UFOs appear like a flock of birds, but whatever they are, they’re shining in the night. At a closer look they appear as performing a strange ritual and are pulsating and glowing all over the sky. Local authorities had no word to say in this, as if they ignored the case completely, even though people claimed that policemen stopped on the street to watch the unique spectacle from above their heads.

What could these orb UFOs be? Because the sighting we see here is unique and very intriguing. It appears that in a bigger fleet, the UFOs behave slightly different from what we’ve seen in other videos. Even though a lot of similarities remain, we cannot figure out what these strange appearances are. Can we speak of some kind of artificially intelligent beings? Or maybe organic entities from hidden places on Earth?

If we consider the high amount of unexplored places on our Planet, it’s not too hard to think of a few places where these UFOs would hide. So, do they come from within our planet? Are they trying to send us a message since they appear to be ignoring the entire population of Astana? Are these alien surveillance drones?

A lot of questions remain to be answered, but as time passes, a slight progress is made towards understanding and observing the phenomenon. Stay on the sky and don’t forget to share this with the world!

Previous Post: ANOTHER UFO APPEARANCE ON MARS DEEPENS THE MYSTERY EVEN MORE