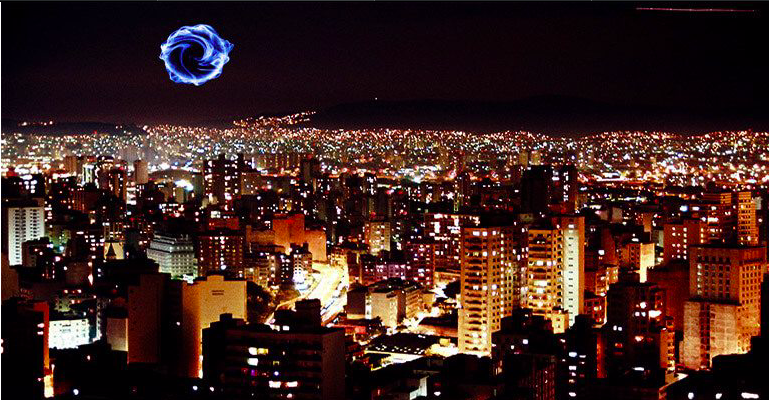 Brazil has been a hotbed for UFO sightings ever since the 1900s, and there are numerous reports highlighting their presence, either through video footage, testimonies and even objects detected on ground radars and pursued by the military.

A group of UFOs was filmed over Sao Paolo, Brazil, in August, 2014. The objects are hovering over a populated area of the city, changing altitude and performing a few brisk turns; they vary in size and have an unusual glow that’s making them visible throughout the night sky. All of them appear to slowly pulsate and are ‘playing’ above the city undisturbed by the fact that locals could be filming them.

After a couple of minutes, the unidentified objects descend upon the ground with haste, making them unlikely to be helicopters or drone devices. So are these UFOs extraterrestrial in nature? What earthly device could otherwise imitate their performance?

While skeptics consider them to be drones, their bizarre characteristics make them likely to be otherworldly in nature. Many countries admitted and declassified their UFO files, indicating that this phenomenon is real, but it either remains unexplained or partially classified, the reasons for it being debatable. The flying objects from the video above could be organic in nature because of the complex moves they execute, but there is also the possibility of them being artificial crafts. After all, there are numerous cases of such objects detected by the ground radars, or even pursued by military jets or helicopters.

Brazil, where the above sighting occurred, has other documented cases involving UFO presence on ground radar. On May 19, 1986, a wave of unidentified flying objects appeared over the country and the Brazilian air-force had to send a few jets to inspect the anomaly caught by the radar. Here is what the Brazilian Minister of Aeronautics, Brigadier General Octavio Moreira Lima had to say about it:

“At least 20 objects were detected by Brazilian radars. They saturated the radars and interrupted traffic in the area. Each time that radar detected unidentified objects, fighters took off for intercept. Radar detects only solid metallic bodies and heavy (mass) clouds. There were no clouds nor conventional aircraft in the region. The sky was clear. Radar doesn’t have optical illusions. We can only give technical explanations and we don’t have them. It would be very difficult for us to talk about the hypothesis of an electronic war. It’s very remote and it’s not the case here in Brazil. It’s fantastic. The signals on the radar were quite clear.”

If the objects appear on radar clearly points towards their artificial nature, and since this incident happened back in the 80s, a drone scenario remains highly unlikely. But are there any reports of downed or captured UFOs? The official information we have at our disposal only shows a distant perspective of the UFOs, and there are no reports of recovered crafts either, but there is no denial the phenomenon is real.

Another case from 2014 shows how a flying device is chased by a Black Hawk helicopter belonging to the Aguadilla Cost Guard across the airport and all the way to the ocean, where the speeding craft descends into the water unaffected by the hydrodynamic forces. Judging by these intriguing reports, it’s logical to assume that alien technology, if this is the case, is far more advanced than what we have at our disposal, thus making their pursuit a rather complicated if not impossible task.

Next Post: NASA Tries To Hide 3-5 Mile UFO By Calling It A Meteor Over Bering Sea