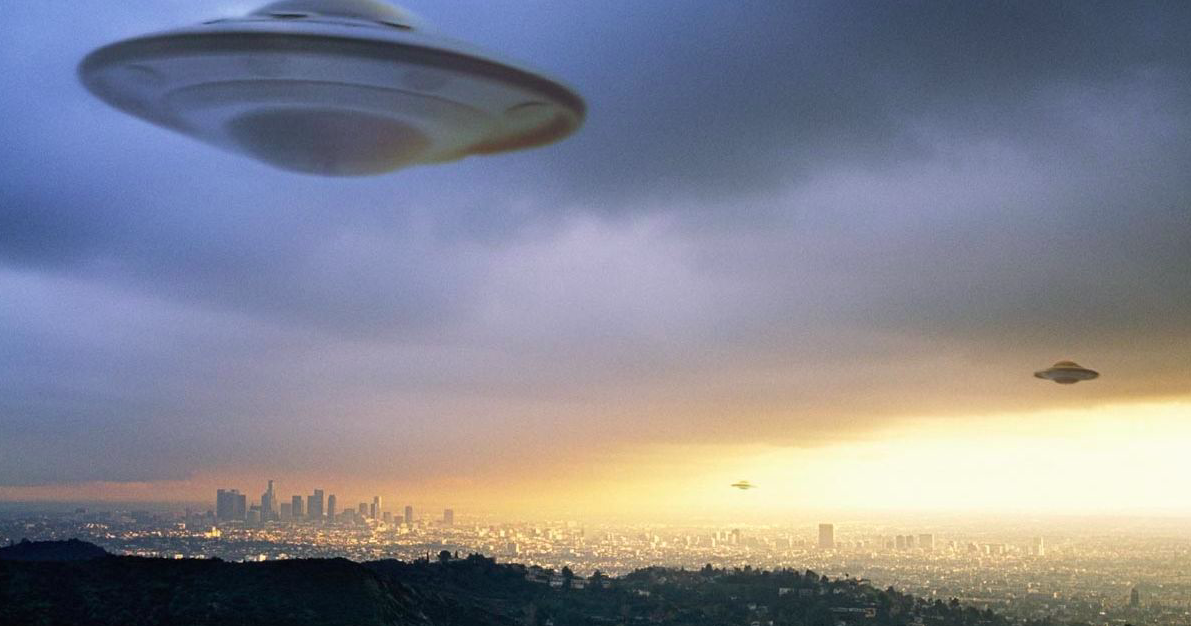 CHILDREN as young as seven were confronted by men in sharp black suits and warned against talking, as emergency services and military swarmed the area.

It’s the mystery that has left an Australian suburb divided with witnesses wanting answers.

This year will mark the 50th anniversary of the Westall Incident and those involved are no closer to finding out what occurred on that fateful autumn morning.

Students and teachers from Westall High School and Westall State School, and members of the public claim to have watched as three metallic objects with no obvious markings manoeuvred silently through the sky.

The objects landed in a paddock adjacent to the schools before quickly flying away, leaving large circles of flattened grass with well-defined, discoloured edges behind.

In the hours following the incident, emergency services, the military and the media were in attendance trying to make sense of the baffling encounter.

Several witnesses claim sharply-dressed men in dark suits warned them from speaking about the incident.

The warnings failed to have an effect with a number of witnesses sharing their accounts.

The Dandenong Journal ran with coverage of the incident on its front page for consecutive issues and Nine News also reported the story on its 6.00pm bulletin.

However, the film canister containing the footage from the incident has since been found empty in the station archives.

Despite the initial coverage and a number of possible explanations, the incident still remains shrouded in mystery.

Researcher Shane Ryan has spent the last decade of his life investigating the incident and after speaking with more than 100 primary witnesses, he believes something strange occurred.

“It was so unusual … it occurred in broad daylight and had been seen by so many people landing on the ground, before taking off again,” he told news.com.au

“The event was obviously sizeable enough to muster a big response. Whatever it was that happened led to government agencies examining the site and taking soil samples.”

Mr Ryan said he believes there has been a concerted effort to keep the incident under wraps.

“[The media] kept meeting an official wall of silence, so it just stopped being a story and only remained as a memory for those involved,” he said.

Joy Clarke was 12 and a half at the time and vividly remembers the events that occurred that day.

“I was in class when students rushed in and told us the story. We rushed down to the oval and I saw three flying saucers on that day,” she told news.com.au

“My personal belief is they weren’t of this world. They were definitely from somewhere else because I have never seen anything like it all.

“The army had arrived and the police were there. We were told we were hysterical and it didn’t happen, while men in black interviewed some of the other kids.”

More coverage from the local paper.Source:Supplied

Terry Peck was playing cricket on the school oval when she saw the saucer and decided to chase it to Grange Reserve.

“I was about six metres away from it. It was bigger than a car and circular. I think I saw some lights underneath it,” she told the Herald Sun.

“Two girls were there before me. One was terribly upset and they were pale, really white, ghostly white. They just said they had passed out, fainted. One was taken to hospital in an ambulance.”

The now-56-year-old said no time was wasted in covering up the incident.

“We all got called to an assembly … and they told us all to keep quiet,” she said.

“I’d absolutely just like someone to come forward from the services just to say ‘yes, it did happen, and it landed and there was a cover-up’.’’

Jacqueline Argent said she was one of the first three kids over the fence to look for the UFO landing site.

“Originally I thought it must have been an experimental-type aircraft, but nothing has emerged like that after all these years,’’ she said.

The now-58-year-old told how she was called into the headmaster’s office and interrogated by three men immediately following the incident.

“They had good-quality suits and were well-spoken,” she said.

“They said, ‘I suppose you saw little green men’.

“I spoke to my parents about it at the time and they were pretty outraged.’’

Stephen Cairns also claims to have witnessed the strange phenomenon.

The then-seven-year-old was living in Dandenong and walking to school with his mother after a dentist appointment when it occurred.

“In the distance I saw a silvery disc-like object. However, at first, it was so far away I was not quite sure what it was,” he told news.com.au

“The silvery disc-like object moved with amazing speed until it was directly above us … it hovered for a few moments then, as quickly as it came, it flew away.”

Although federal and state government agencies refused to comment about the incident at the time, government documents unearthed in 2014 offer an explanation for the sighting.

Each balloon was equipped with a 180kg payload and was followed by a light aircraft tasked with tracking it and triggering its 12m parachute via radio signal.

Researcher Keith Basterfield said examinations of the documents held by the National Archives and former Department of Supply indicate the mysterious flying object may have been a test balloon that was blown off course after being launched from Mildura.

“My hypothesis is that the incident involved not a UFO, but a high altitude balloon, its parachute and large payload,” he told News Corp.

“The Westall object was described as being a white/silver colour which could describe the colour of an HIBAL balloon or parachute.”

After performing a close review of all available documentation, including that searched through Freedom of Information laws, Mr Basterfield believes HIBAL flight number 292 to be the real culprit.

However, he admits he can’t be certain because the paperwork for the launches scheduled for the day before the Westall incident appears to have been lost or destroyed.

“What is strikingly missing is a memo reporting on the actual four launches for April 1966, one of which was scheduled for April 5, 1966, the day before Westall,” he said.

“So we have no (official) knowledge of where flight 292 went.”

When asked about the balloon theory, fellow researcher Mr Ryan said he had his doubts.

“Nothing was collected or picked up from the site as far as witnesses are aware,” he told news.com.au.

“The flying saucer came down and took off again, flying at high speed leaving behind large circles with a well-defined edge around perimeter.

“When a balloon becomes deflated and the gondola goes down, nothing like that happens.”

Hazel Edwards was an English and maths teacher at Westall High on the day of the incident and believes it has been blown out of proportion.

The self-proclaimed skeptic suggests overly excited kids made up the story and were responsible for the media hype.

“I think there were a lot of kids that were hyped up,” she told news.com.au

“Look at the so-called evidence, most of it is just hearsay.”

Mr Ryan said while he is open to the idea of a down-to-earth explanation, none so far seems to fit the bill.

“What we’re hoping for is someone in an official capacity coming forward and talking about what happened.”

The landing site has since been turned into a memorial park to reflect the 1966 Westall UFO Incident.