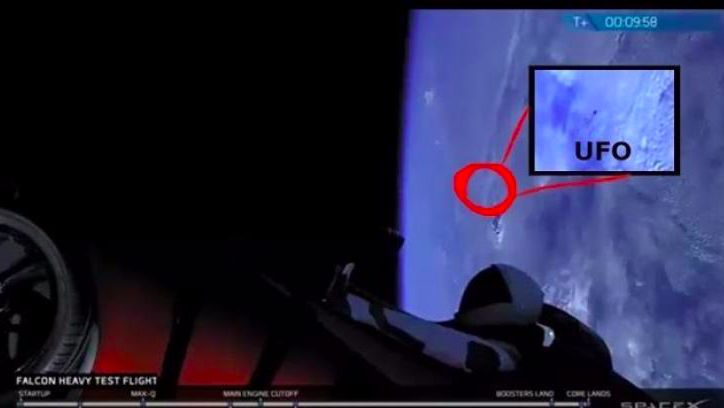 During yesterday’s launch of Space X’ Falcon heavy rocket a UFO appeared on screen during the live feed.

Right after the capsule’s walls were jettisoned and Starman was revealed we can see a dark object in the background that seems to be in a lower orbit around earth.

This object does not resembles the ice particles that appeared later during the live feed of Starman cruising through space.

This object at a low orbit around earth.