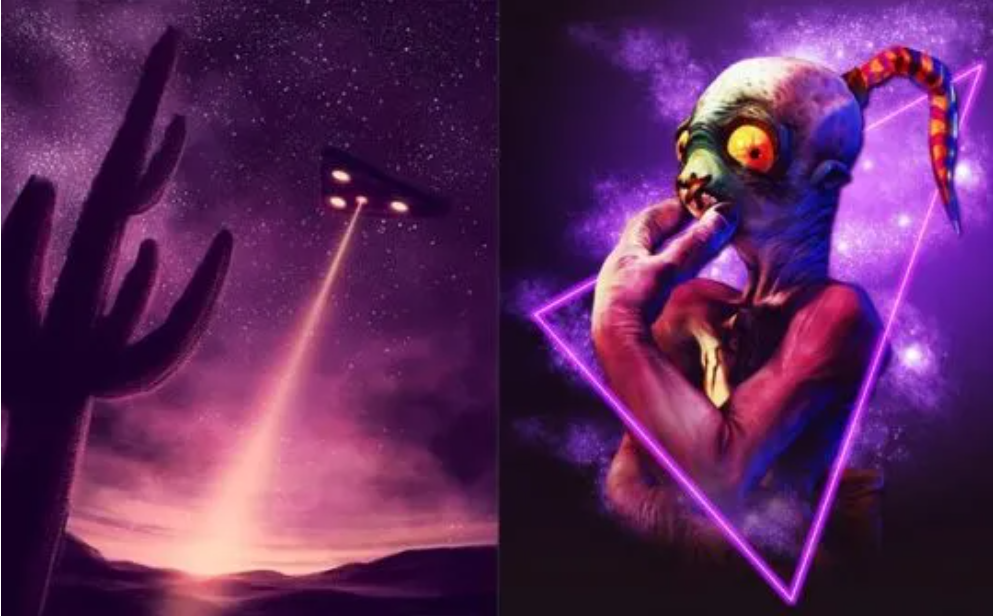 Fed up with the triangle UFO that has been following him for more than 120 days, a war veteran from California went to the authorities. He was told it wasn’t ‘one of theirs’.

In an attempt to get a sense of what is happening, the man’s girlfriend took the matter to Reddit. From there on out, the situation inflated and their case went viral. Her description of the triangle UFO situation offers us a unique perspective on what it feels like to be picked out for no particular reason and receive the attention of one of the strangest things on Earth (and beyond).

“I didn’t believe him at first until I saw it myself,” Reddit user micheesie wrote on /r/UFOs. “I was telling him “it could be this, it could be that… there IS an airport by where you work.” It’s really friggin weird. I got it recorded on my phone following us, but he got a way better recording at his workplace. It does follow him.”

According to her account, the stalking began when they moved to a new apartment somewhere in Central California. At first, they probably thought it was a strange event with a very low probability of ever happening again. But then the object appeared for a second time. And a third. And fourth. The sightings continued until the man being followed finally understood this was no mere coincidence.

They dismissed the idea that the triangular object was in fact an ordinary aircraft with its landing lights on:

“I doubt they are landing lights because it just keeps flying around for hours (he said it stays out for about 4 hours?). The time I recorded it, it was like that as well, far from the airport too.”

The triangle UFO didn’t follow a schedule; if it did it would have been much easier to predict when it’ll show up next and maybe get some amazing footage. Instead, the couple uploaded to YouTube one of the videos they “recorded with a camera, a very old one,” as Micheesie said.

The video shows a triangular craft with three visible lights on its underside. It does not appear to be one of the top-secret TR-3B anti gravitic aircraft developed by the military using alien tech — those have another central light that corresponds to the plasma torus that powers them. Also, witnesses report the TR-3B is much bigger than the stalking triangle, measuring about 600 feet across.

This one doesn’t have the light in the center. It flew low one time and he [her boyfriend] said it’s about the size of a medium room.

Fed up with the occurrence, the stalked veteran did something he thought would help: he went to the authorities.

He’s gone to the police headquarters, FBI, VICE, Terrorism Enforecment… they all keep saying “it’s not ours, it’s ______.”

What’s even worse is the way the entire situation was handled. While his girlfriend doesn’t specify who exactly prescribed it, she says her boyfriend was “thrown in the bin for a few days and given meds.” It’s a good thing they decided to document the sightings; that way they at least have some evidence to present to those who might care.

On the subject of those who care, the UFO subreddit community did its part and offered useful advice.

“If it really is a regular occurrence, your highest priority must be to document it better, not just shaky phone cam,” one user wrote. “Keep the camera still, focused and include some static scenery in the shot so the object movement can be put in context.”

“Tell him to stop going to the authorities!! They’re gonna fuck this whole thing up for sure!” another one commented. Sound advice.

The couple with one of the strangest problems in the world have a unique opportunity right above them: to become the first civilians to document a pursuing UFO in HD. Here’s to hoping they do!

Next Post: Scientist Claims He Dug Deep Enough To Hear Cries in Hell