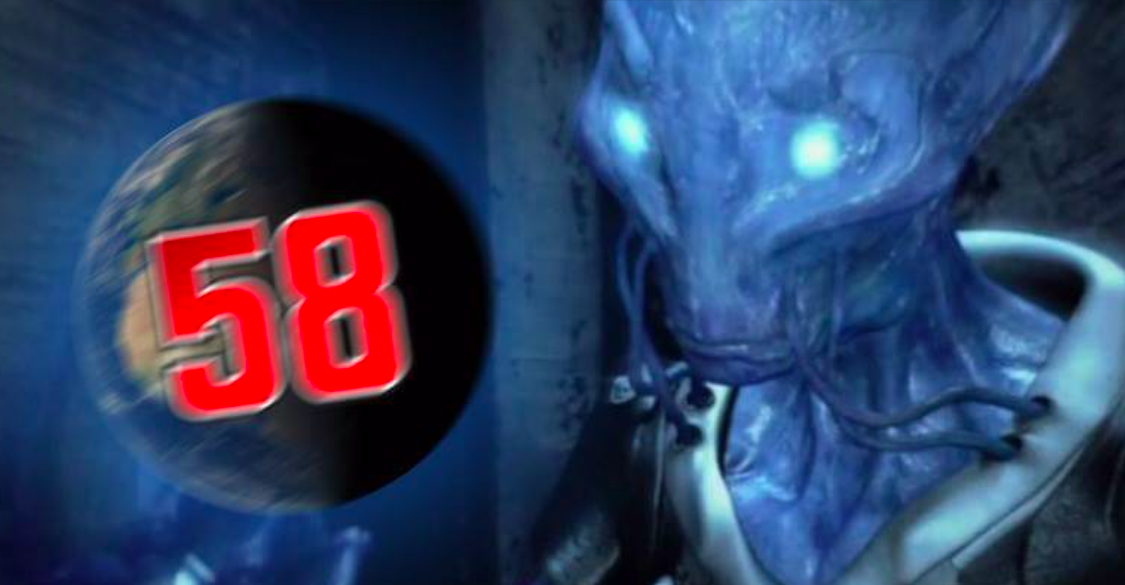 Earth is full of mysteries waiting to be uncovered. Strange signs encrypted into the planet’s surface speak of ancient civilizations that shaped the earth using advanced techniques similar to our own, or even beyond them.

You might look at Earth as a privileged planet because of all the new discoveries, but the truth is the entire solar system is full of these mysterious marks, probably left behind by advanced aliens.

A conclusive example of such symbols comes from Earth’s natural satellite, but also from the distant Mars. The amazing discovery was made by Marcelo Irazusta and his son James, two UFO analysts who hunt for anomalous sightings on Earth and its vicinity. Using Google Mars and Google Moon, the two stumbled upon what many analysts consider to be an alien symbol – number 58. The discovery became even more intriguing when Irazusta saw the same number on two celestial bodies from Earth’s vicinity. The anomaly miraculously survived the blurry lines or stiches used by the officials to cover up essential sites on Google Earth, and it remains open to everyone interested in seeing it with their own eyes. At a closer analysis, the number 58 present on the Moon is slightly smaller than the one from Mars, however, they are very similar if not identical. The fact that the numeric symbol is located on two celestial bodies rejects the theory of this being pareidolia, leading at most to a bizarre coincidence hypothesis. But is it really a coincidence?

According to the renowned UFO enthusiast and researcher Scott C. Warring, the numeric symbol might be “the name of a group of alien species that work together in our solar system”, backing up his claims saying that:

ROCA PIA, ITALY CASE MENTIONED A GROUP CALLING THEMSELVES THE W56. ALSO, IN AREA S4 INSIDE AREA 51, THEY TEACH THE USAF NEWBIES THAT THERE ARE 56 SPACE FARING SPECIES KNOWN BY THE MILITARY.

If his claims prove to be correct, the secret alien alliance might had gotten bigger by now since the number clearly shows “58”.

While we cannot deny Scott Waring’s theory, our thoughts are bent in a different direction. We do believe in subliminal symbols left by secret organizations, however, we consider the possibility of a big alien organization leaving symbols on the Moon and Mars unlikely. The case is extremely fascinating as the number 58 was discovered in two different locations, none of them being on Earth. The earthen numeric symbols discovered on other planets suggests that humans originated elsewhere in the universe or that maybe at some point in time, humans departed from Earth in spaceships and left signs encoded on other planets in order to preserve a long forgotten alternative history.

Other theories claim that ancient alien gods left those symbols after they left Earth in the distant past. Whatever the case, the discovery of an earthly 58 on both the Moon and Mars remains one of the most fascinating cases so far, and if they try to remove it in the near future, we’ll still have the truth archived in our minds and laptops.

See the anomaly with your own eyes before it becomes an amalgam of blurred lines, and don’t forget to share the word to support the cause.

Next Post: NASA PICTURES OF LAKE NEAR MONGOLIA LEAD TO UNDERWATER ET BASE