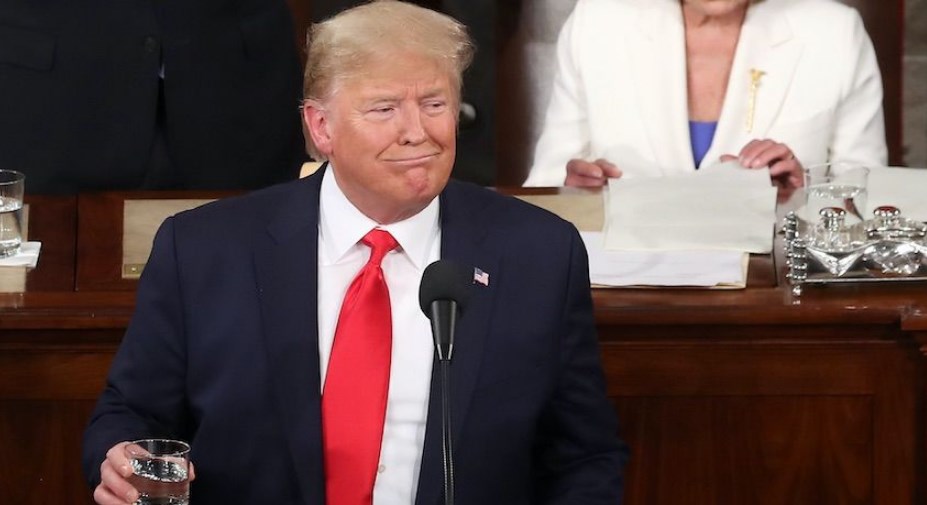 This has been an incredible week for President Donald Trump.

After being acquitted in the Senate on both impeachment charges and being praised for delivering another incredible State of the Union address, the president just got more good news.

Now, betting aggregator Oddschecker.com has Trump’s chances at 59.99 percent of winning re-election and serving a second term in office.

Trump’s odds of victory are now 5-7, according to Oddschecker.

The firm’s spokesman, Pete Watt, said, “Trump is at an all-time high.”

Far behind is Independent Sen. Bernie Sanders, who has a 16.7% chance of winning the White House, and former New York City Mayor Michael Bloomberg with an 11% chance.

But with the Democratic race in turmoil after Iowa flubbed its caucuses and indications showing a strong first- or second-place finish for former South Bend, Indiana, Mayor Pete Buttigieg, gamblers are scrambling to fine-tune their bets among the sites Oddschecker examines.

Notably, those betting on the outcome of the New Hampshire primary next week have started to pull the bets for former Vice President Joe Biden, rejected again by Iowa Democrats, and put more on Sanders and Buttigieg.

The report came one day after the GOP-controlled Senate voted to acquit President Donald Trump of both articles of impeachment.

After nearly five months of sham hearings, bogus allegations, and still no evidence Trump did anything wrong, the impeachment witch hunt is finally over.

The Senate voted on Wednesday to officially acquit the president on both articles of impeachment.

On the first article of impeachment, “abuse of power,” 52 voted “not guilty” and 48 voted “guilty.”

52 Republicans voted to acquit the president, with GOP Sen. Mitt Romney and all 47 Senate Democrats voting to convict the president.

Romney was the only Republican to vote against the president.

The vote on the second article of impeachment, “obstruction of Congress,” concluded with 53 voting “not guilty” and 47 voting “guilty.”

Romney sided with Republicans to acquit the president on the charge of obstruction of Congress.

The president has been acquitted of both impeachment charges.

Next Post: Donald Trump Sparks Wild Conspiracies with Vague Statement About the Existence of UFOs