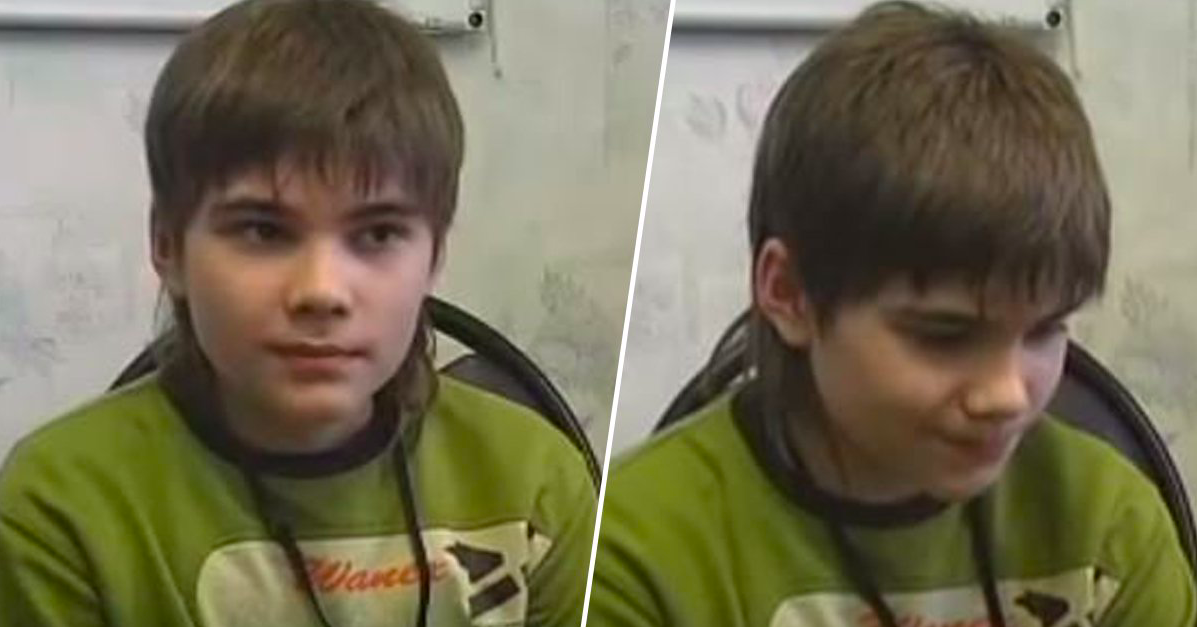 If someone showed you a picture of Boriska Kipriyanovich, the only thing you might be able to say about him is ‘what’s with the mullet mate?’ But there’s something much deeper behind the throwback hairdo.

The young Russian, now 21, could speak within mere months of being born and apparently learned how to read and write by the age of two. weird, paranormal. occult, UFOs, weird history, world history, UNITED KINGDOM, weird story

Not just that but he is a MARTIAN who was re-born on Earth.

His previous life on Mars had been cut short after a war wiped out all life on the planet thousands of years ago. And apparently he’s here to stop that happening to Earth.

The Metro quoted him as saying:

No, I have no fear of death, for we live eternally. There was a catastrophe on Mars where I lived.

People like us still live there. There was a nuclear war between them. Everything burnt down. Only some of them survived. They built shelters and created new weapons.

Here he is being interviewed in 2008:

Boriska said he traveled to Earth from Mars where he established connections with ancient Egyptians.

As proof, he claims life on Earth will drastically change when the Great Sphinx of Giza is ‘unlocked’ behind its ear.

Boriska made these bold shouts some years ago. He currently lives in Volgograd, Russia.

He says that Martians don’t age past 35 and are immortal – weird given they were apparently wiped out.

His mother believes him. She claims Boriska was able to hold up his own head just weeks after giving birth to him.

No one has ever taught him. Sometimes he would sit in a lotus position and start telling us detailed facts about Mars, planetary systems and other civilisations, which really puzzled it.

Boriska says the Martians are capable of interstellar travel.

I remember that time, when I was 14 or 15 years old. The Martians were waging wars all the time so I would often have to participate in air raids with a friend of mine.

We could travel in time and space flying in round spaceships, but we would observe life on Earth on triangular aircraft. Martian spaceships are very complicated.

They are layered, and they can fly all across the universe.

Researchers have described Boriska as extremely shy with an above-average IQ.

Gennady Belimov, a university professor in the Volgograd region of Russia, apparently witnessed Boris, aged just seven at the time, ‘astound an adult audience’ during a camping trip.

Project Camelot says he ‘held them spellbound for an hour and a half as he recounted tales of past lives on Mars and Lemuria, and warned of catastrophes due to affect the Earth in 2009 and 2013’.

On October 8, 2008, Project Camelot interviewed Boris along with his mum, Nadya, near Moscow where she’d brought her son to attend a special school for gifted children.

Nadya and Boris lived in a small one-bedroom apartment at the time as his father ‘was absent’.

Whether or not you buy into any of this, you gotta admit it’s fascinating.

Previous Post: 9 Ways to Lose Weight That Have Nothing to Do With Diet or Exercise