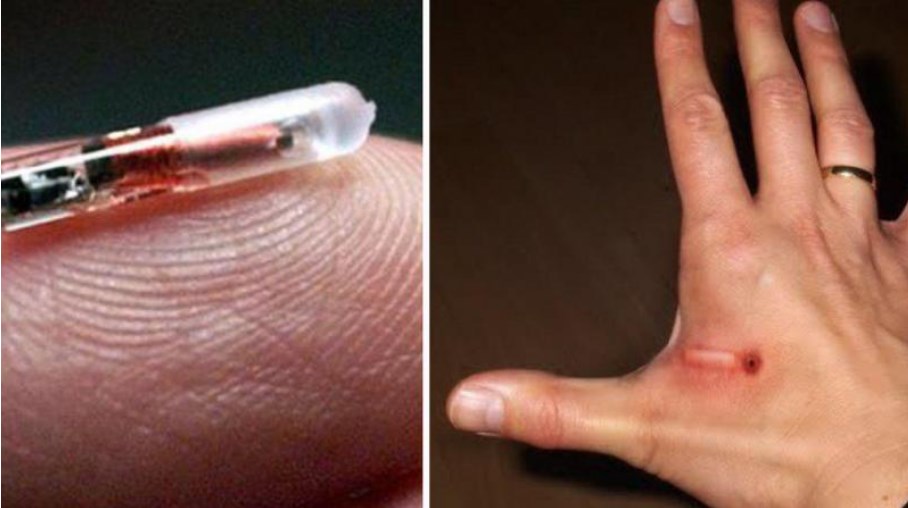 Human Microchips To Be Forced on Society? Sociology Professor Noelle Chesley paints a disturbing image, claiming that Radio-frequency Identification (RFID) chips will be mandatory for everyone at some point in the future. It may eventually become standard practice to insert a chip into an infant along with the first vaccination.

Are RFID Chips the “Mark of the Beast”?

Already there are many concerns regarding the safety and possible downsides of using these chips. Some fear they will be used by the government or even by unwanted people to spy on one as they will be GPS active and a person’s movements can be monitored. Some believe as these chips could be used to make purchases that financial security is an issue. Other concerns include that private information might be compromised, infections (bacterial and of the computer variety) might occur and that people may already be tagged with these devices without their knowledge or consent. More extreme concerns include the religiousnotion that these chips are straight from revelation and could be considered “Mark of the Beast” or are part of the theory that the Illuminati, the secret body that governs the population, is using these chips to keep an eye on people and maintain control.

Whatever the downside, it does not negate the upside in the form of convenience towards having these chips installed. They can open doors, pay for things, unlock and start your car, give parents information about their children’s whereabouts, and send helpful medical data to healthcare professionals. This can prove useful in emergency situations when immediate care is required or in diagnosing a condition. Speaking for the positive side of these devices, Cybernetics Professor Mark Gasson points out that human beings are already in the position of using devices such as their phones and computers as a necessity a chip is the next step. He believes those who do not get one will be at a “disadvantage.”

The pros and cons of these chips aside, it is disturbing that RFID’s may become too necessary to be without and that workplaces may be allowed at some point in time to deny a job to worker who refuses to have one installed. The ethical implications are still being examined.

Previous Post: Losing a Pet Is More Painful Than Most People Think

Next Post: Baby Weasel Caught Riding On A Woodpecker’s Back