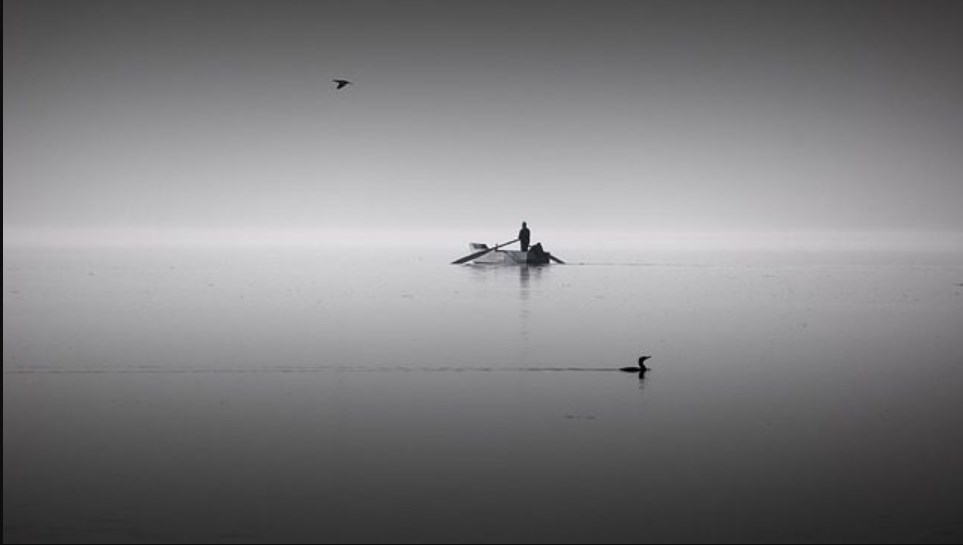 There are over 30,000 lakes and countless rivers in Canada, so the odds are in favor of there being a few unexplained water monsters swimming in bodies of water other than Okanagan Lake and its Ogopogo. In fact, just this week a parks and recreation director spotted some as-yet-unidentified thing making a large wake in Kamloops Lake. Now comes word of multiple recent sightings with videos and pictures in Shuswap Lake in British Columbia and one in the Bow River of Alberta’s Banff National Park. Is something waking the monsters of Canada?

“I was kind of hoping to see it again and to my surprise I think that I did. Whatever it was, it was big. It looked like there were some kind of black humps. I had seen it twirling around a bit and then it went under.”

On May 14, Dawn Dumont saw something with “black humps” twice in Shuswap Lake – once in the coastal town of Scotch Creek and again in Salmon Arm. She was quick enough to capture the second encounter on her cell phone and posted int on Facebook, where many people called it the Shuswaggi lake monster. Shuswap Lake measures 55 miles (89 km) long, 3 miles (5 km) wide and up to 528 ft (161 m) deep – plenty big enough for a lake monster. (See the video here.)

Native legends about such a creature go back centuries, but the first modern alleged encounter was reported in 1904 by a Shuswap First Nations tribe member who claimed he killed and skinned a water creature the size of a bear, but with 12-inch-long flat feet like a mole. Other sightings have been reported, including one in 1984 of an alleged 25-foot sea serpent with 7 humps. However, 2019 may be the year of the Shuswaggi. In April, two Shuswap fishermen recorded something with black humps swimming around their boat. (See the video here.) They have no idea what it might have been, but they plan to go back and fish for it. (To paraphrase a famous line from “Jaws” – they’re gonna need a bigger boat.)

“After an hour hiking, we took a break on a hill with a great view of Bow River where my sister and I saw what appeared to be a prehistoric animal swimming. I pointed my sister to what I was seeing, and she too stood shocked. I immediately took photos, and after evaluating them, my sister and I responded with the same conclusion – the Loch Ness Monster.”

Sigh. It can’t be the Loch Ness monster because the Bow River isn’t the Loch Ness, but that’s what Matthew D’Amico reported seeing last week in Banff National Park – a creature with a “long neck protruding out of the water.” That “neck” makes the thing look like the alleged monster in the infamous 1933 Surgeon’s photo of the Loch Ness Monster which turned out to be a hoax sighting. This one has more the makings of a log, especially without a video, a wake, any landmarks or objects to help size it, etc.

Unless you see it here, it’s not the Loch Ness monster.

As far as the Shuswap Lake sightings are concerned, wanna-believers are hoping it’s an unknown creature or a 34-million-year-old Basilosaurus or some other extinct marine mammal or giant lizard or serpent. Skeptics, as they do with Ogopogo and other lake monsters, think it’s a lake sturgeon, although even the largest measure well under 25 feet.

Is this the Year of the Shuswaggi? It’s only May and Ogopogo still has the lead in name recognition. If you see something strange in any lake in Canada, just remember to lean against a wall to steady yourself, zoom in, get other witnesses … and PLEASE don’t call it the Loch Ness monster.

Next Post: Black and red UFO is spotted and terrifies driver in Nashville