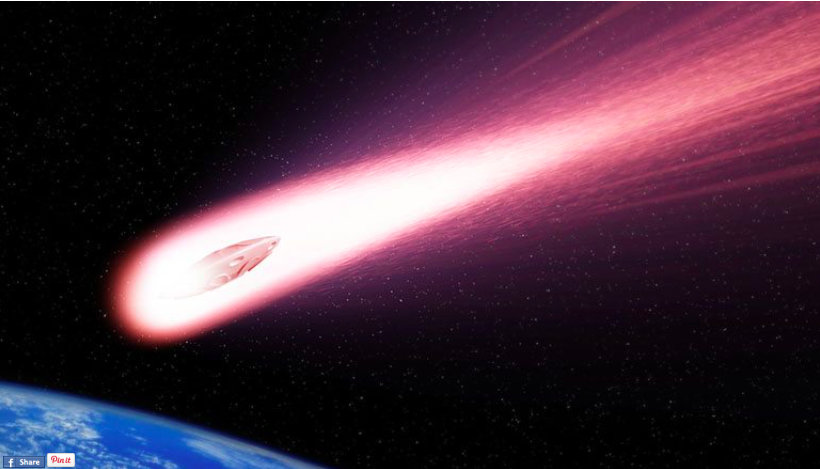 A massive explosion over southern Siberia turned night into day and our attention to the possibility that a crashing UFO could be responsible.

The unusual incident occurred this Tuesday at around 6:50 P.M. and left locals once again wondering if they were being invaded by an alien force. The possibility of a crashing UFO was also invoked.

According to news outlet RT, the explosion was seen in the sky over the town of Sayanogorsk. Witnesses reported a huge flash lighting up the sky, shortly followed by an extremely loud bang. Residents of the Krasnoyarsk region also reported witnessing the strange phenomenon.

At 6.50 pm in southern districts of Khakassia republic, a shining object was visible in the sky,” The Siberian Times reported. “The shining thing (supposedly a meteor) burned in the atmosphere and the burning came with a bright flash and a distinct sound.”

Experts chalked the incident off as a meteor entering the atmosphere and burning up due to friction and the Russian Emergencies Ministry also issued a similar statement. But that hasn’t stopped the massive wave of speculation regarding the detonation in the sky.

When the authorities announced there had been no missile launches in the area and that no space debris was scheduled to enter the atmosphere, conspiracy forums and websites immediately proposed the extraterrestrial hypothesis, accusing the government of yet another cover-up. Siberia has seen its fair share of unexplained phenomena and it’s understandable how the recent increase in unusual activity in the sky could be attributed to aliens.

Noticing the alarmed state of many of the witnesses, experts joined hands and expressed their views over the probable cause being a bolide.

It was several times smaller than the one over Chelyabinsk, but its fragments may be found,” said Ural Federal University’s professor Viktor Grokhovsky. “Determining where they landed would require accurate calculation of its path. This may take a day or so.”

In the meantime, the official explanations do little to quell rising fears over alien ships falling from the sky.

It was as bright as daytime. I did not understand at first what it was,” an alarmed witness told The Siberian Times. “Then an explosion followed and the boom came from a long distance away. I’ve seen shooting stars before, but nothing like this. I don’t know how to describe it properly. From a tiny spot above my head, it turned into a huge ball, bigger than a car. There was a bright flash, like in the middle of the day; then for about 40-to-60 seconds we heard a loud boom.”

Evidence seems to suggest the explosion was caused by an erratic space rock but the entire event once again brings into attention one of the most pertinent of modern fears experienced by mankind: something far greater than us coming down from the sky.

Next Post: DECLASSIFIED FILES: U.S. SENATOR DESCRIBES TWO UFOS FOLLOWING THE TRAIN HE WAS ON