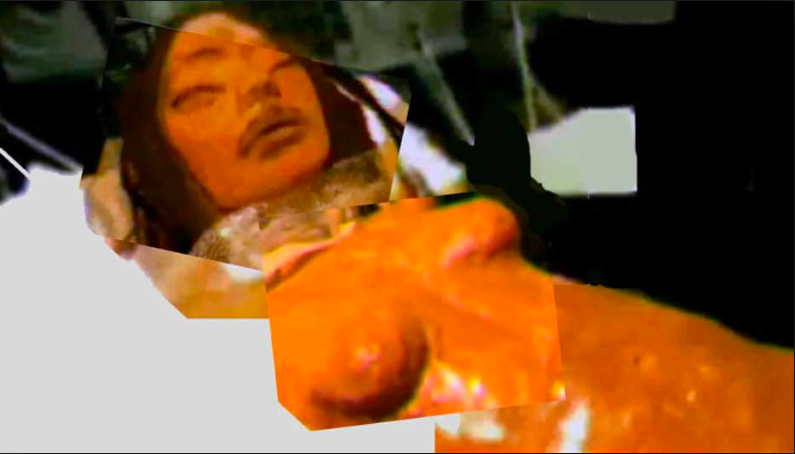 In January 2012, NASA consultant, Dr. Eric Norton, announced that there was an entire fleet of “technologically advanced” crafts seemingly lying in wait on the dark side of the moon. While Norton theorised what the fleet’s intentions might be, others believed it was evidence of the “Solar Warden” program – a supposed top secret and operational space fleet that has a permanent presence in our solar system and beyond. Their launch point is the moon, where several space stations secretly exist and operate.

Some believe that the directive of “Solar Warden” is to explore and colonize other moons and planets. Others though state that its purpose is to act as a first line of defense against any potential attacks from extra-terrestrial races. 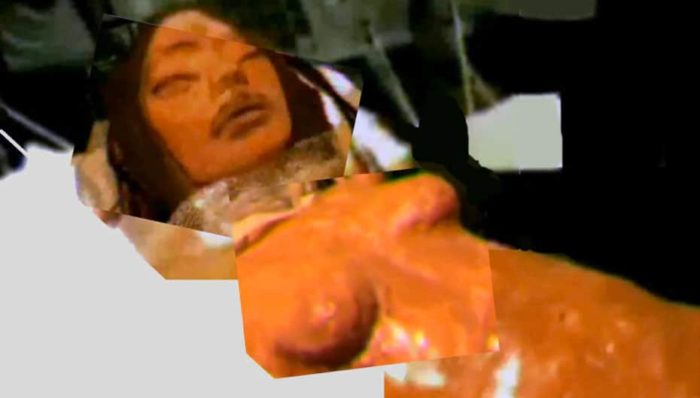 Could our moon really be holding such secrets and evidence of these missions? Or might the contents of the moon be even more out of this world than we could even imagine? Before we get into that, check out the video below from a UFO Citizen Hearing in 2013 that openly speaks of a secret US Space fleet.

Mona Lisa – An Alien “Neither alive nor dead!”

The official story is that the Apollo missions ended with Apollo 17. However in April 2007 whistle-blower, William Rutledge, claimed that the missions continued in secret under the name “Project Horizon.” Whereas Apollo missions 18 and 19 were actively searching for an alien presence on the moon, the Apollo 20 mission – launched in 1976 – went much further, landing on the dark side of the celestial body.

According to Rutledge, as well as finding the remains of alien bases, they also found a female humanoid that was in a bizarre “state of suspended animation – neither dead nor alive!” The Apollo 20 crew named her, Mona Lisa.

“I don’t remember who named the girl, Leonov or me, (she was) humanoid, female, 165 cm (5’5″). Genitalized, haired, six fingers (we guess their mathematics are based on 12). Function: pilot, piloting device fixed to fingers and eyes, no clothes. We had to cut two cables connected to the nose. No nostrils. Leonov removed the eye device.

Concretions of blood or biological liquid erupted and froze from the mouth, nose, eyes and some parts of the body. Other parts were in unusually good condition (hair) and the skin was protected by a thin transparent film. As we told mission control, condition seemed not dead not alive. We had no medical background or experience, but Leonov and I devised a test; we fixed our bio equipment on the EBE, and telemetry received by mission control meds was positive.”

Of the second body that they found, Rutledge stated that it was “destroyed” although they brought the head back on board – the head was a “blue-gray” colour and that there were “some strange details above the eyes!”

Perhaps more interesting is that Rutledge also claims that Mona Lisa is not only very real, but she is still alive, “She is on Earth,” he told Scantamburlo, “she is not dead!”

You can check out the video below is alleges to show Mona Lisa when the crew discovered her on the Apollo 20 mission.

Moon City – The Remains Of An Ancient Civilisation On The Moon

In the same way that the “Project Redsun” missions had been a top secret US/Soviet operation, so was the Apollo 20 mission. Their precise destination was the Delporte-Izsak region of the moon, and once there they discovered a crashed spacecraft and the remains of an ancient long dead city – dubbed by mission control as “Moon City.”

Rutledge stated that, “The ‘Moon City’ was named on Earth and referred to as Station One, but it appeared to be really space garbage, full of scrap, gold parts, and only one construction seemed intact. We named it the Cathedral. We took shots of pieces of metal, of every part bearing calligraphy, exposed to the sun. The city seemed to be as old as the ship, but it is a very tiny place. In the rover video, the telephotolens make the artifacts seem larger.”

Inside the downed space-craft – itself around two miles long – they found signs of vegetation, as well strange triangular rocks that seemed to have been used for a specific purpose or another. There were also strange tubes that seemed to house small living creatures – around three to four inches in height.

Rutledge is not on his own making such claims of bases being present on the moon. From the moment that Neil Armstrong took his first steps on its surface, there have been rumours that we are far from being told the whole story of what was found there.

The video below looks at alleged bases on the moon

Is The Moon More Than A Moon?

In July 1970, Sputnick Magazine ran an article written by two Russian scientists, Mijail Vasin and Alexander Shcherbakov, entitled “Is The Moon, A Creation Of Extraterrestrial Intelligence?”

They not only argued about the possibility of an extra-terrestrial presence on the moon, but also that it was not a natural object and had in fact been “placed” into what is a perfect orbit around our planet by highly intelligent beings.

There are some interesting “anomalies” regarding the moon that would appear to suggest that the theory may not be as crazy as it first sounds.

There are also questions as to whether the moon is hollow – which if it was, would suggest it is artificial and not a natural occurring satellite as conventional wisdom tells us it is.

When the Apollo 12 mission took off for their journey back to Earth in November 1969, they intentionally jettisoned their ascent stage and sent it crashing back into the moon’s surface. Before they left, the astronauts set up high-tech seismic recording equipment, the intention being to monitor the reverberations of the crashed stage on the moon, and so providing clues as to what lay below its surface.

The results however were not as expected. The moon “reverberated like a bell for more than an hour” suggesting that it was hollow – and in turn, artificial.

Check out the short video below that looks at various images of the Moon that suggest there is more activity taking place than we might think!

“Letters From Andromeda” And Alex Collier

Perhaps one of the more interesting theories regarding the moon and its true purpose are those of Alex Collier, who in his book “Letters From Andromeda” claimed to have received telepathic communications from an alien race from the Zenetae star system.

Collier claimed that it was the Reptilians who brought the moon to Earth – its real purpose being a transport ship. It brought with it both reptilians and reptilian/human hybrids, as well “the first humans to set foot on Earth!”

According to Collier, the moon was the site of an ancient war fought over 113,000 years ago. Even today it hosts destroyed and ruined bases from the conflict. He also claimed that the moon is inhabited today by both humans (around 30,000 of them) and extra-terrestrial races, with plans to send “hundreds of thousands” more people in the coming years. It is still essentially a space-station, and houses both weapons and spacecraft, built on Earth and then taken to the moon to be fully tested and launched.

Collier claims that “When the (first) Apollo astronauts landed on the moon, the World Order had been there for some time. This knowledge and technology was withheld from the lower levels of NASA and our military. NASA has been used as a blind to keep people from truly knowing what was going on there. The astronauts were silenced under threats and remain so today.”

Several astronauts have made similar statement concerning the presence of alien bases on the moon, and there are countless claims from amateur astronomers and UFO researchers alike, that believe they have captured evidence of artificial structures there.

Collier further stated that, “The Moon is hollow. It contains huge underground facilities built by E.T.’s and later humans from Earth. There are seven openings into the Moon’s crust, and the underground bases. Conservative scientists have wondered why so many craters seem so shallow, despite their size. The Andromedans say, it’s because much of the surface was built on top of a metallic shell of a circular space crest; or “A War Carrier”, as the Andromedans describe it.”

Perhaps when privately funded space missions return to the moon, these theories and claims will be proven one way or another. Until then, the moon remains a mysterious body in our night skies.

Next Post: (VIDEO) AN ENTIRE FLEET OF UFOS WAS FILMED WHILE FLYING BELOW A JET PLANE