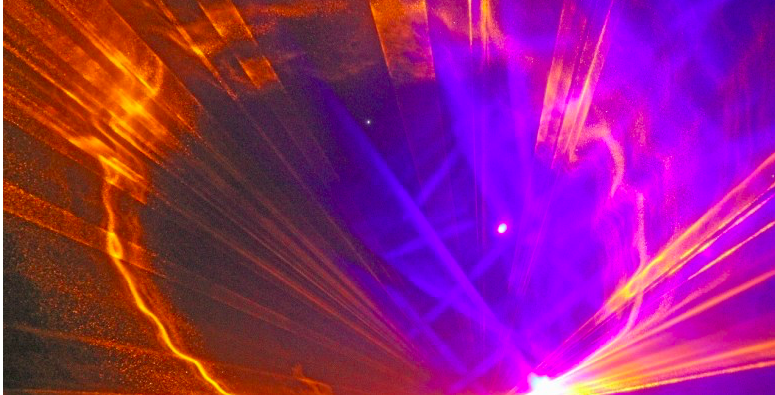 Not long ago we wrote about how scientists managed to levitate mass by using soundwaves.

It was an amazing discovery that opened the doors to endless possibilities.

And while scientists continue researching how sound can carry mass, a new discovery has been published in the journal Nature Photonics.

According to researchers, their new levitation technology has many capabilities but among them, it could send spacecraft to the nearest star outside our solar system in just 20 years.

This is according to scientists from the California Institute of Technology (Caltech) who say that they’ve found a way to levitate and propel objects using only light.

According to a paper detailing their discovery, they hope that their new technology could be used in the near future for “trajectory control of ultra-light spacecraft and even laser-propelled light sails for space exploration…”

If this manages to work, it would mean that spacecraft would no longer need fuel to propel in space, just a powerful laser fired at the spacecraft directly from Earth.

The new work is based on the groundbreaking development of “optical tweezers” — scientific instruments that utilize a strong laser beam to either attract or push away microscopic objects.

This, however, only allows experts to manipulate relatively small objects at microscopic distances.

Ognjen Ilic, post-doctoral scholar and author of the new study explains the limitations of optical tweezers:

“One can levitate a ping pong ball using a steady stream of air from a hair dryer,” he said in a statement.

“But it wouldn’t work if the ping pong ball were too big, or if it were too far away from the hair dryer, and so on.”

However, the Caltech paper suggests that their light manipulation technology could theoretically be used to work with any object and any size, ranging from micrometers to a massive spacecraft.

The key, say researchers, is to create specific nanoscale patterns on an object’s surface.

But a theory is just a theory.

So far, their work remains untested in the real world. Scientists argue that if proven accurate, the technology could change the way we travel through space.

“There is an audaciously interesting application to use this technique as a means for propulsion of a new generation of spacecraft,” explained professor Harry Atwater, from the Caltech Division of Engineering and Applied Science.

“We’re a long way from actually doing that, but we are in the process of testing out the principles.”

Next Post: Flat Earthers To Sail to Antarctica to Reach “The End of the World”