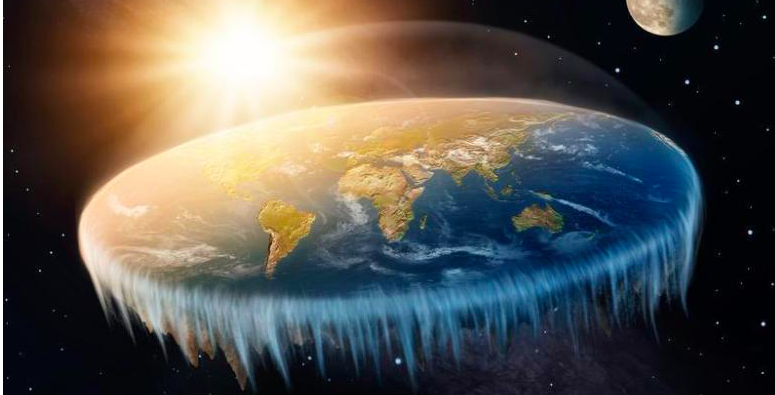 A prominent group of Flat Earthers, people who believe our planet is flat, and not a spheroid, are et to embark on a journey to Antarctica in 2020, to prove the world is flat and reach what they believe is the ‘end of the world’.

As explained by the Flat Earth International Conference (FEIC), not associated with the so-called Flat Earth Society, in 2020, they are set to travel to Antarctica and reveal once and for all, the end of the world.

They believe that Antarctica is the ultimate evidence that our planet is not a spheroid, but a flat disk, surrounded by a massive wall of ice; Antarctica.

An upcoming group conference will be held in Dallas in November, marking the third annual event hosted by the Flat Earth International Conference.

(There are various Flat Earth societies on Earth, and they have members all around the planet 🤣)

In previous Conferences held by the FEIC, it was revealed that a 2020 conference is set to take place on a cruise ship, which ironically, navigates the ocean using equipment based off of a spherical model of the Earth.

In fact, Global Position Systems (GPS) make use of a network of satellites that are located in orbit around the Earth.

Speaking to the Guardian, Henk Keijer, a longtime cruise ship captain gave his thoughts on the plans of the FEIC.

“Ships navigate based on the principle that the Earth is round,” said Henk Keijer, a former cruise ship captain who sailed all over the globe during a 23-year career, in an interview with the Guardian.

“Nautical charts are designed with that in mind: that the Earth is round.”

“I have sailed 2 million miles, give or take. I have not encountered one sea captain who believes the Earth is flat,” he added-

In addition to rejecting the heliocentric model of the Earth, and claiming that the planet is flat, some members of the Flat Earth Group argue that the U.S. faked the moon landings and that NASA has worked very hard in order to obscure the truth about outer space and our planet’s exact shape and position in space.