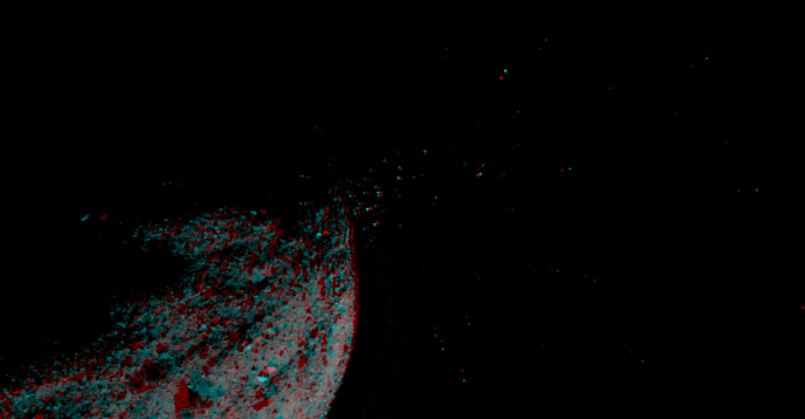 NASA’s OSIRIS-REx spacecraft is currently in orbit around Asteroid Bennu, as it continues to analyze and study the enigmatic asteroid.

Now, ANSA has revealed a shocking discovery has been made by their spacecraft.

Experts say that this phenomenon has never been seen in an asteroid before.

In the months that followed after the spacecraft entered in orbit around Bennu, its instruments observed the asteroid ejecta no fewer than 11 times.

This is surprising as we’ve never really observed this in asteroids before, suggesting that our knowledge of the space rocks is very limited.

“The discovery of plumes is one of the biggest surprises of my scientific career,” said principal investigator Dante Lauretta from the University of Arizona.

The NASA spacecraft has been studying and analyzing the asteroid since December of 2018. Scientists will study the rock in order to learn more about the early solar system and how life came into existence.

Eventually, the OSIRIS-REx spacecraft will lower down to the surface of the asteroid and attempt to collect surface soil samples which will be brought back to Earth for further studies.

So far, astronomers have not officially included the existence of the plumes among the findings already published on Bennu.

The first plume was spotted on January 6, and since then, researches have been closely observing the asteroid for more strange ejecta.

Since January, they observed more and more plumes and are now keeping track of the particles of dust therein.

“We have had spacecraft around other asteroids, and nothing like this was ever reported,” planetary astronomer Andrew Rivkin of Johns Hopkins University in Maryland told New Scientist.

“The question is, why is this asteroid different?”

Scientists explain that some of the dust gets blown out towards outer space. Other particles remain captured in orbit around Bennu.

Most of them, however, eventually end up back on the asteroid’s surface.

Scientists have observed ‘four chunks’ from Bennu’s surface around its orbit, and will perhaps remain their eventually becoming mini asteroid moons.

The observed plumes do not pose a threat to the spacecraft scientists have revealed.

But that’s about the only thing we know about them

We don’t really know what causes them nor do we know where they come from. How is it even possible for asteroids to produce plumes? Is it unique to Bennu? Or are all asteroids ‘plumy’ in nature?

Hopefully, further observations will help us reveal more details about asteroids and their true nature.

Until then, stay tuned and follow the OSIRIS-REx mission for more news.

Previous Post: Flat Earthers To Sail to Antarctica to Reach “The End of the World”