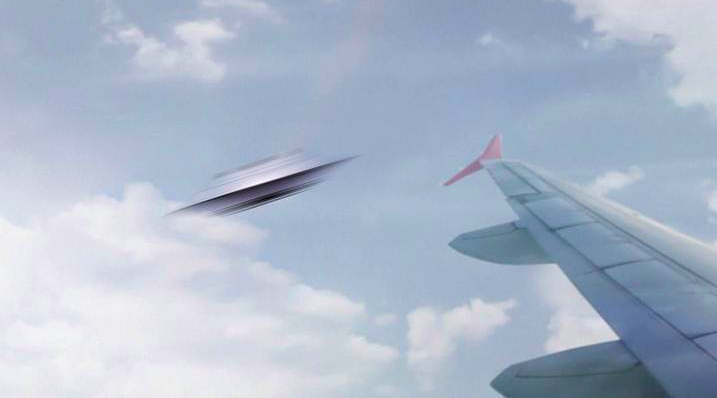 While flying over Ireland, pilots from British Airways and Virgin Atlantic reported mysterious lights crossing the skies at an “astronomical speeds”.

The mystery sightings caught the interest go the Irish Aviation Authority who has opened up an investigation that will look into the mystery objects seen by airline pilots.

One of the pilots who witnessed strange lights in the sky reported that the object (UFO) was traveling at an ‘astronomical’ speed of at least Mach 2 (2,500 km/h). That speed is actually twice as fast as a commercial plane.

In fact, the UFO sighting was so strange that British Airways 787, call sign Speedbird 94, contacted Shannon Air Traffic Control at 6.47am while flying over Ireland, asking if there were any military exercises taking place over the area.

In the cockpit audio recording, one of the pilots is heard saying:

“It was moving so fast. It appeared on our left-hand side and rapidly veered to the north. We saw a bright light and it then just disappeared at a very high speed.”

Shortly after, Shannon air traffic controllers respond: “There’s nothing showing on either primary or secondary (radar).”

The UFO sighting occurred on November 9.

But the British airline pilot was just one of the many who had witnessed the mysterious phenomenon.

Shortly after, a pilot from a Virgin Airlines plane, callsign Virgin76, contacted air traffic control to call in that he had witnessed strange lights.

He explained what he had seen looked like a “meteor or another object making some kind of re-entry. There appeared to be multiple objects following the same sort of trajectory. They were very bright from where we were.”

The pilot also says they had witnessed “two bright lights that seemed to bank over to the right and climb away at speed at least from our perspective.”

Soon after, a third pilot says: “Glad it wasn’t just me.”

Speaking about the mystery UFO sightings, the authority explained in a statement that: “Following reports from a small number of aircraft on Friday, November 9, of unusual air activity, the IAA has filed a report.

“This report will be investigated under the normal confidential occurrence investigation process.”

Previous Post: NASA Scientist Says Some UFO Sightings Can’t be Explained, and Aliens may have Visited us Already

Next Post: Police Release Eerie Footage of UFO Hovering in The Sky Above Australia