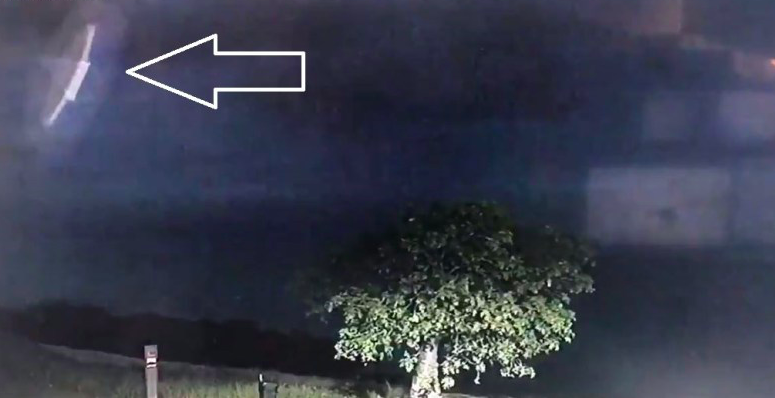 Is this the ultimate evidence we are being visited by advanced alien beings?

Throughout the years, and especially in the last few, people have become over-convinced that UFO’s are real, and aliens exist.

Thousands of videos are currently being shared across social networks and every single person who filmed the footage is convinced its actual alien material.

But believing in UFO’s and seeing videos pop up on YouTube doesn’t mean these things are real, nor is it evidence we are actually being visited by little green men.

In a world where CGI can do crazy things, it is hard to believe in anything, especially in UFOs and advanced alien beings stopping by Earth to refuel.

Now, eerie footage has been revealed showing an unidentified bright ‘light’ shining in one of Australia’s most remote places, sparking debate about alien visitations. Broome Police, in Australia’s northwest, has shared a CCTV footage on Twitter of a mysterious object in the sky.

After seeing the footage, the Twitter community was sold, this could be an actual UFO.

The entire video shows what appears to be a strange bright object titled on its side, traveling across the sky during a thunderstorm.

Broome Police captioned the footage writing: “After reviewing CCTV at town beach of last nights storm, it appears we were not alone

And while some people were convinced it was ET visiting Australia, others had more reasonable explanations.

“Not sure if it’s area 51 replica vehicle or an intergalactic vehicle. Insane footage!” one Twitter user wrote in response to the video.

Others were not as convinced:

“A nice bit of video! How does this optical illusion occur? Refraction, reflection, Ionosphere?” another Twitter user wrote.

“You know it’s just light refraction from the reversing 4WD right?” another person wrote on Twitter.

“Looks like a reflection on the monitor on which the CCTV footage is screened, and this is being recorded by another camera… there are other reflections in the right upper corner … no UFO just a lamp turned on moved and turned off 🙂 Good joke nevertheless,” another person commented.

At least we know that it wasn’t swamp gas trapped in a thermal pocket reflecting light off of Venus, right?

Next Post: Aliens Have Visited us, UFO’s are Real But it’s Kept From us Due to Political and Economic Interests