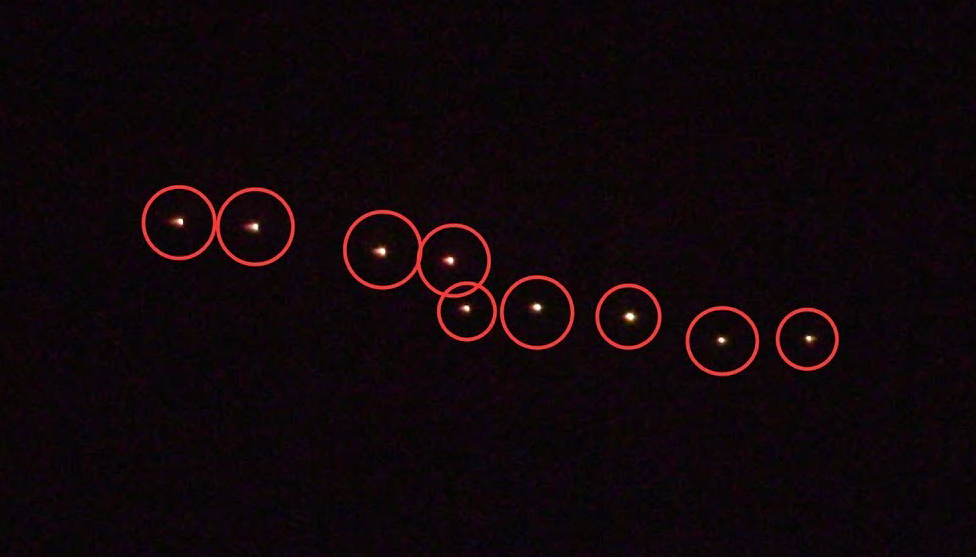 Recent release of multiple Department of Defence videos of UFOs from several countries has sparked more interest in the UFO phenomenon, the latest example came from the United States, with a quick release of three UFOs shot by military pilots.

In all cases, the observed phenomenon displayed characteristics that are not consistent with any type of known technology that any country has within their inventory. All officials involved with the release confirmed their belief that these types of encounters could be extraterrestrial. Most of them (the people involved with the release of the Pentagon UFO videos are with the To The Stars Academy, with some very interesting backgrounds if you check them out.

For anyone who has done research into the phenomenon, they would most likely refer to all of the radar tracking data that’s available in thousands of de-classified documents that speak of these types of military encounters, consistently, for decades.

Something is going on here, as far as what, it’s not quite known. Unfortunately, a lot of people have lost trust in their governments, and it’s always important to question any type of information that they’re putting out. There always seems to be some sort of false information, or a spin on real information to support a political end.

Some have even speculated that the globals elites intention with regards to UFO disclosure is to weaponize space.

What’s probably the most intriguing about the phenomenon, apart from actual data, documentation and in some cases, physical evidence, is that hundreds of very high ranking people from within intelligence agencies, like the military and corporations like Lockheed Martin and Bigelow aerospace, have “blown the whistle,” so to speak, on the phenomenon. Many of those people have also experiences that they know or believe that an extraterrestrial or extra dimensional presence is ‘behind the wheel.

As per the footage below, remember, videos don’t need to be released via the government for them to have 100 percent credibility. Although it’s nice now to at least have some of those videos, many ordinary people from around the world, like myself, have had UFO experiences, and many have captured that footage on camera.

It’s ok to speculate ponder, and decide for yourself what is real and what’s not, but one thing is for sure, nobody can really deny the existence of UFOs anymore, and our world’s most notable speakers have made it clear that something real is happening here, and it deserves serious attention.

Below is one of those examples, as a woman by the name of Sarah is recording what seems to be a row of mysterious lights in the distance from her condo. It looks extremely similar to the famous phoenix lights incident.

That began with Luke Air Force Base, the media, the National UFO Reporting Center, the Governor’s office, and the police, receiving a number of reports from people in Nevada of a very large craft hovering in the sky. Some people were reporting it as a boomerang formation of lights.

The object (or objects) began moving south towards Arizona where even more people would see it. Again, people were not reporting just lights hovering in the sky, they were reporting an actual solid object, a craft of some sort, spanning the size of one or two football fields. The witness reports detail lights, sometimes multiple lights, in a pattern that ranged from a few all the way up to a dozen, all in some sort of organized formation.

Witnesses reported them as white and in some cases they were orange, red, or yellow. Reports indicate that at some point, the lights moved at very rapid speeds, while at others, they moved slowly and were also reported to hover. Some people described it as a huge, wedge-shaped craft with five lights on it. Some people claim that it passed directly over their heads and even hovered there for extended periods of time. People reported seeing, again, a large solid object, even going into detail about certain features they could spot on the craft.

It was an event witnessed by thousands, with no shortage of home footage and pictures. Kurt Russell, a well known American actor is also a pilot, and on that day he was flying into the city and witnessed this phenomenon first hand.

You can read more in-depth about the Phoenix incident in the article linked below:

The Implications of Such A Phenomena

I’ve said it before and I’ll say it again, the implications of extraterrestrial contact, or the simple knowledge that we are not the only intelligent life-form in the universe, really leave no aspect of humanity untouched. There will be new questions, from history to science and beyond that we might have to take a closer look at.

The biggest change would happen in our own heads, the way it would effect global consciousness would be huge, and it’s interesting because for years, there has been a war on human perception. It almost feels like we’re living in a game, where a powerful group of people use their various methods to have you believing one way or another with regards to certain topics.

Perhaps there are spiritual implications as well? This is another topic that’s going to have to be discussed, as human beings always have the tendency to portray ‘others’ in a negative, fearful manner.

What can we learn about ourselves from this realization?

And the end of the day, it’s a paradigm shift, but it seems it’s a process that is taking it’s time, as it’s a topic that, once open, can never really be closed again.

Previous Post: ALTERNATIVE NEWSAfter Seeing Extraterrestrials & A UFO, This Artist Is Delivering A Message From Space

Next Post: Canada Shows The World Radioactive Physical Evidence Of A Real UFO