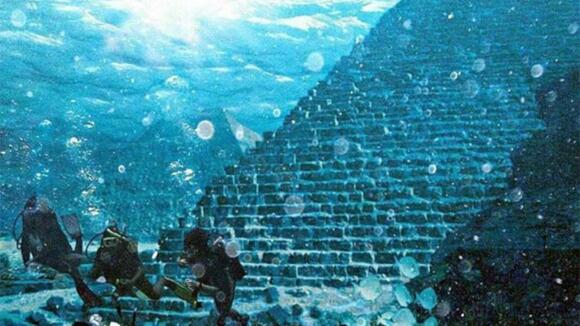 For many years, the discovery of some underwater pyramids found next to the coast of Japan has been thought to be false until more recent expeditions at the bottom of the Pacific ocean. Although the discovery was made in 1986 while a tourist business representative was scuba diving, the presence of the Japanese pyramids was only officially confirmed in 1995, when an in-depth investigation had just begun and was not yet complete. The fact that the pyramids are thirty meters under the surface off the island of Okinawa is one of the reasons why the inquiry has taken so long.

Since the location was founded in 1987, a collection of intriguing pyramid-like formations have captured the attention of geologists and divers off the coast of Japan’s Ryukyu Islands.

The preliminary excavations were demoralizing. But in the summer of 1996, “the great discovery” would be made: a massive angular platform 72 meters long that was found in the middle of a complex structuremade up of wide and straight “streets,” steps, pillars, and enormous stone blocks that were “all united in an unprecedented architecture,” as Japanese archaeologists put it.

The discovery’s primary focus, however, was on determining the “age” of the pyramids. The team’s geologist leader, Professor Masaki Kimura, stated that the pyramids are “thousands of years old” a few months after the initial digs. However, the earliest evidence of a human civilization found in Japan dates to the Neolithic, or around 9,000 years ago, and the people who lived during that period were hunters.

The Publication Ancient America remarked in 1997 that:

“Now, not a word about the discovery off the island of Okinawa more to the public… (…) Silence covers all recent data on the underground city except for a few images and its location on the seabed. Why?”

Most of the big publications that have spoken about this refer to the origin of the pyramids as a “myth or legend.”

Their existence has been shown in photographs, and even videosshown by the BBC. So why are people still not believing?

Next Post: If You Eat Ginger Everyday For 1 Month This is What Happens To Your Body