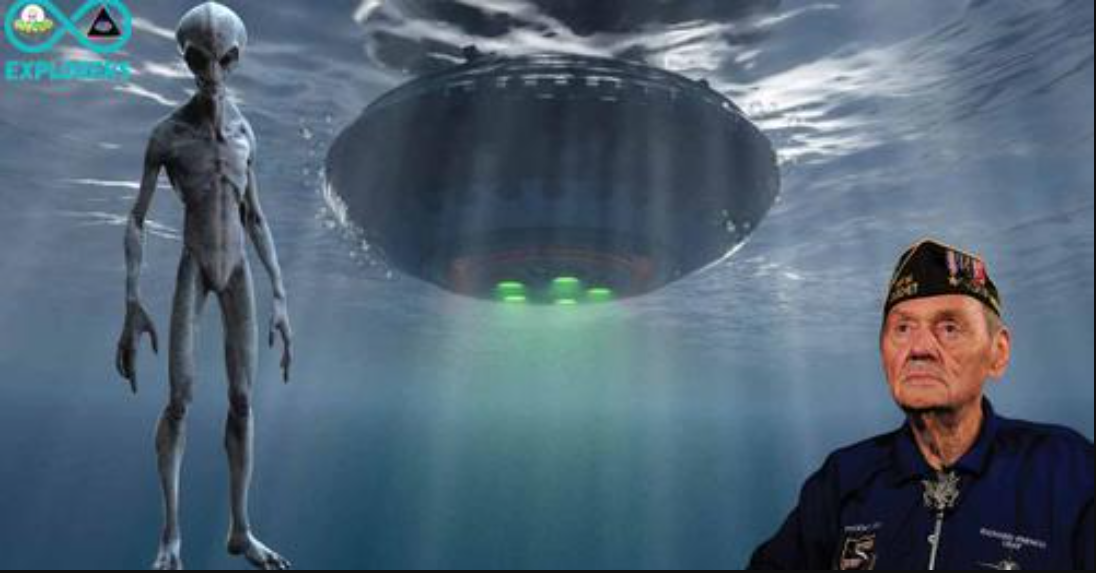 Lt. Col. Richard French spent more than 27 years in the US army. He received his army commission and was promoted to fly fighter jets. During his service in the US army, he was stationed in a variety of places, including Korea, Vietnam, Laos, and the Cuban Missile Crisis. When Lt. Col. French allegedly served as Project Blue Book’s senior investigator in the 1950s, it was his duty to refute false and fabricated UFO encounters.

In a news announcement on July 8, 1947, Colonel Jesse Marcel claimed that “the US Air Force has recovered a flying disc with alien beings that had crashed in New Mexico.” Unfortunately, the information in a subsequent press release was altered, and this time the crashed UFO was shown to be a wrecked hot air balloon.

The updated explanation for Col. Marcel’s misidentification of a weather balloon as a fell disc carrying alien bodies, a highly decorated combat officer who helped deliver the first nuclear weapons used in combat, as an extraterrestrial body, was left unanswered by the fabricated hot air balloon crash theory.

Though there were many who were skeptical about the crash, however, several US military officers stated that the crash was indeed an extraterrestrial craft containing aliens. Additionally, the US government reported on the entire incident under the guise of a military program that became popular as Project Mogul.

French said that he witnessed the UFO crash in 1947 in Alamagordo, New Mexico. He gave an interview a few years ago, just prior to his demise in 2014, in which he recalled the day of the shocking incident and mentioned that there had been two accidents in Roswell.

“There were actually two crashes at Roswell, which most people don’t know.”

“The first one was shot down by an experimental U.S. airplane that was flying out of White Sands, N.M., and it shot what was effectively an electronic pulse-type weapon that disabled and took away all the controls of the UFO, and that’s why it crashed… When they hit it with that electromagnetic pulse — bingo! — there goes all their electronics and, consequently, the UFO was uncontrollable.”

The electromagnetic pulse that struck the UFO caused some glitches in its electronic system leading to its ultimate crash. French asserted that he was in fact a government debunker of UFOs. He learned about the UFO that was shot down and the subsequent second crash near Roswell from a secret military source.

He thought the second ship had arrived to attempt and salvage the parts while also rescuing the first ship’s survivors. Other army leaders refused to believe French’s startling claims, and they questioned how, with such primitive laser systems at the time, the US army could have developed pulse-power weapons systems in the 1960s. French further stated that he was informed about the second crash by a confidential source and the crash took place quite close to the first crash.

“We think that the reason they were in there at that time was to try and recover parts and any survivors of the first crash. I’m [referring to] the people from outer space — the guys whose UFO it was… I had seen photographs of parts of the UFO that had inscriptions on them that looked like it was in the Arabic language — it was like a part number on each one of them. They were photographs in a folder that I just thumbed through.”

“Make no mistake, Roswell happened. I’ve seen secret files which show the government knew about it — but decided not to tell the public,”

“I’ll share with you… some of the observations that were made by some people. Before I was part of AATIP, I had no idea about Roswell, other than that there was sort of some alleged crash at some point and some farmer found debris — but during my time w ith AATIP, there was some very interesting anecdotal information that suggests there wasn’t just one crash, there may have been two crashes, and that somehow it may have been related to some sort of testing that was being done at the time at White Sands, and that material was recovered,”

French described how the occurrence in Newfoundland unfolded almost decades ago when multiple witnesses saw two UFOs off the coast of St. John’s. His bosses tasked French with looking into the situation. At the Citizen Hearing in 2013, he verified in front of six former members of Congress his work on UFOs in 1952.

“They said, ‘We have a UFO report and we want you to investigate it,’ and that was standard for what I was doing. They told me there were two of them involved and that they were deep under the water, after entering the water doing roughly 100 miles an hour.”

He recalled seeing two submerged UFOs six meters from the coastline. In addition, he saw two aliens near the ships. He recalled how he was able to see what the aliens were doing at the bottom of the boat since the water was translucent.

“The water was fairly clear and I could see without any trouble. They weren’t down at the bottom of the seabed — they were about half way down,”

The aliens witnessed by Richard French were petite in size and he described them as:

They had large heads, and he was unable to distinguish the pupils in their eyes. While observing this once-in-a-lifetime occurrence, he observed one of the UFOs emerge from the ocean. When the ship emerged from the ocean, its speed was approximately 160 kilometers per hour, then it accelerated to at least 4000 kilometers per hour before vanishing.

“It took them about 20 minutes and then the two ships departed together, again slow when they exited the water, and immediately they sped up to a very high speed. I believe they were repairing [the ship] and tested that the repairs had been adequate, and then away they went.”

In the 1950s, French also worked under Project Bluebook to conceal UFO claims. He was one of the authors who carried it out.

“In other words, if someone had a UFO sighting, I and another agent would try to come up with some logical explanation for this strange aerial appearance. Most of the reports were from civilians than the military. We gave our analysis and tried to debunk it by saying it was swamp fog or that the thing they saw was actually hanging on wires. It went up through channels all the way to the presidential level.”

French never comprehended why he was instructed to discredit UFO stories, but based on his own analysis, he concluded that if extraterrestrial visitors were visiting Earth, then:

“it basically would destroy religions and the fact that our military’s helpless against them would destroy the reputation of the military.”

Previous Post: 14 Early Signs of High Blood Sugar (and foods which will help you reverse it)

Next Post: Retired Pharmacy Chief Said: “ The World Needs To Know, Alkaline Water Balances The Body’s pH Level And Reduces Cancer Risk” – This Is How To Prepare It!