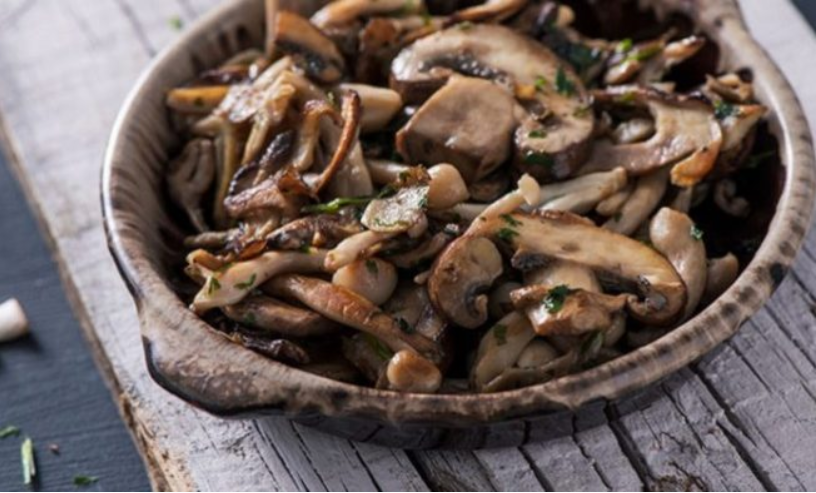 Over recent years, quinoa, kale, blueberries, and cauliflower were among the most popular healthy food in the world of wellness. They all contain phytonutrients and antioxidants and can be prepared into rice, chips, and even pizza crust.

Every vegetable and fruit is good for your health, as they offer a wide range of benefits. Despite the most popular vegetables shown these days, there is one that lives in the shadows and is slightly forgotten by the health community – the mushroom.

This humble fungus grows in the dirt and it is not just a delicious pizza topping. Mushrooms have a wide range of nutrients that can certainly benefit your health. After researchers studied their benefits, they suggest that mushrooms are more powerful than we think – they can prevent cognitive decline.

Many of us were forced to eat cream-of-mushroom soup when we were young. But it turns out – it was not that bad after all.

Researchers at Penn State University discovered that mushrooms have high amounts of ergothioneine and glutathione – two of the most important antioxidants. These natural antioxidants can effectively prevent aging.

One recent study from the NUS Yong Loo Lin School of Medicine suggests that mushrooms have even greater capabilities in anti-aging. The team of researchers from the Department of Psychological Medicine and Department of Biochemistry found out that up to fifty percent of the people who ate two or more servings of mushrooms per week have a lower risk of developing a mild cognitive impairment (MCI).

One theory that is called the “oxidative stress theory of aging” hypothesizes that as a result of an imbalance of free antioxidants and radicals in our body, we experience functional losses associated with aging.

A free radical contains an unpaired electron and it is an oxygen atom at the same time. Free radicals are unstable and highly reactive. They can be created during regular activities, such as exercising or even eating. And even external sources like smoking, air pollutants, or x-rays can produce free radicals.

The damage from free radicals can be counteracted by antioxidants. However, if there is an imbalance between the antioxidant defenses and the amount of free radical generation, your body may fall in so-called “oxidative stress”.

Oxidative stress can cause cardiovascular diseases and cancer and it is linked to other age-related issues such as Parkinson’s disease and eye disease.

The director of the Penn State Center for Plant and Mushroom Products for Health, professor Robert Beelman, suggested that mushrooms are the highest dietary source of glutathione and ergothioneine. If taken together, they will surely heal the damage caused by free radical production. Beelman said:

“The body has mechanisms to control most [free radicals], including ergothioneine and glutathione, but eventually enough accrue to cause damage, which has been associated with many of the diseases of aging, like cancer, coronary heart disease and Alzheimer’s.”

Every type of mushroom has a different number of antioxidants. Porcini contains the most and, interesting to know, white button mushrooms have more antioxidants than other healthy foods. Beelman added:

Researchers from the NUS Yong Loo Lin School of Medicine made a 6-year-old-long study and collected data form from over six hundred Chinese adults over the age of sixty.

In the study, they used six types of mushrooms that are regularly used in Singapore, including shiitake, white button, golden, oyster, canned, and dried mushrooms. The researchers suggested that a portion should contain three-quarters of a cup of cooked mushrooms. The results showed that participants who had two or more servings each week presented a significantly lower risk of mild cognitive impairment than the others who had less than two.

The lead author of the research and concurrent a member of NUS Psychological Medicine, Assistant Professor Feng Lei, was surprised with the outcome:

“This correlation is surprising and encouraging. It seems that a commonly available single ingredient could have a dramatic effect on cognitive decline.”

However, MCI can increase the risk of developing serious conditions like Alzheimer’s disease.

In the study, researchers used neuropsychological tests that are created to measure the various aspects of a person’s cognitive abilities. Additionally, they conducted extensive interviews with the participants to collect an accurate valuation of each individual. Feng said:

In particular, the researchers are willing to know the mushrooms’ high concentration of ergothioneine, as it cannot be synthesized in our bodies like glutathione.

All of the previous researchers were interested in the two particular antioxidants – ergothioneine and glutathione. But, other compounds can be found in mushrooms that potentially affect the anti-aging process.

Other researches showed that erinacenes, scabronines, dictyophorines, and hericenones promote the synthesis of the nerve growth factor (NGF), which can prevent neurons from dying and improve the growth of new ones.

If NGF is low in the system, it can help doctors diagnose Alzheimer’s disease and its deficiency is highly associated with depression and anxiety. Therefore, doctors suggest eating foods that help NGF synthesis, which can prevent cognitive diseases later in life.

You should consider adding mushrooms in your diet for many upcoming reasons. They can prevent Diabetes and cardiovascular diseases as they contain vitamin C, fiber, and potassium.

Pregnant women should be acquainted with the benefits of these fungi, as they are rich in folate and B vitamins that help the body to get energy from food and to form red blood cells.

Add Mushrooms into Your Everyday Diet

You can prepare mushrooms in many different ways. If you don’t prefer eating them raw, cook them and don’t worry about losing all the health benefits that it provides. Ergothioneine is a heat-stable component, meaning you will consume it anyway.

They taste delicious when sautéed and you can also add them to omelets, stir-frys, soups, and casseroles. If you are looking for an idea for your next dinner, try baking them. You can also make grilled portobello mushrooms as an alternative to a burger patty.

It is noticeable that mushrooms didn’t have the same recognition as some of the other “superfoods” on the market. However, it is now proven they are incredibly nutritious additions to any meal and are being consumed more and more in the world of health and wellness.

If you are searching for a healthy natural way of preventing the effects of aging and cognitive decline, add a little fungus to your diet at least two days a week. Your body will thank you later.

Next Post: 20 Foods That Will Clean Your Arteries Naturally And Protect You From Heart Attacks