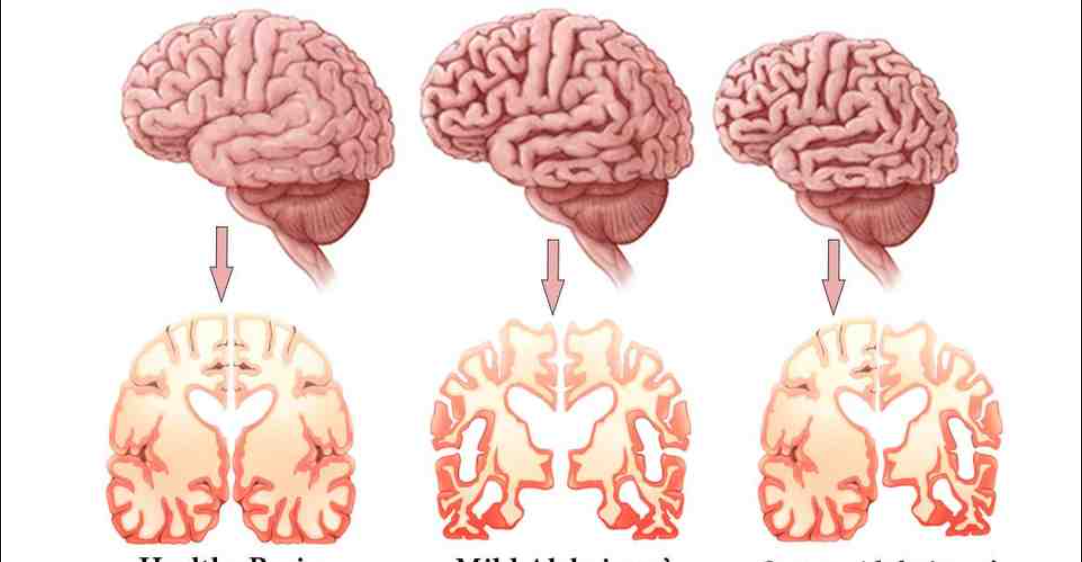 Millions of people experiencing the early onset of Alzheimer’s Disease (AD) begin to feel their memory slip away slowly. Advanced stages of Alzheimer’s often leave the victim unable to recall the names and faces of their loved ones.

“I know what I want to say; I just can’t find the words.”

Alzheimer’s is a brain disease that causes a slow decline in memory, thinking and reasoning skills. The toll that the condition takes on a person and their loved ones is overwhelming.

“The findings suggest that repeating scanning ultrasound may be a noninvasive method with potential for treating Alzheimer’s disease.” – Gerhard Leinega and Jürgen Götz

Alzheimer’s disease was discovered in 1906 by Dr. Alois Alzheimer in his one of his female patients, Auguste Deter. Mrs. Deter “experienced memory loss, paranoid, and psychological changes.” Following her death at age 66, Dr. Alzheimer noted the shrinkage in and around nerve cells in her brain during the autopsy.

Both the psychological and physiological symptoms as described by Dr. Alzheimer are caused by amyloid plaques and neurofibrillary tangles.

Amyloid is a protein that is found throughout the body; one that, for reasons unknown, abnormally modifies, producing a form of beta-amyloid which is toxic to neurons within the brain.

Neurofibrillary tangles are masses of defective tau protein – a stabilizing molecule abundant within neurons of the central nervous system (CNS). Tau protein that is defective, as is the case in AD patients, can not correctly regulate a critical element of cellular transport structures. This results in the disruption of mineral transfer, such as nutrients, to the brain.

Since Dr. Alzheimer first discovered the disease that bears his name in 1906, few breakthroughs have been made. All of the treatments that have gained widespread use have had some degree of success in the relief of symptoms. No drug or therapy, however, has successfully altered the devastating progression of AD.

In 2015, researchers from the Queensland Brain Institute (QBI) at the University of Queensland in Australia came up with a novel solution for clearing the brain of neurotoxic amyloid plaques: ultrasound technology.

The technique, called focus therapeutic ultrasound, non-invasively projects super-fast sound waves into brain tissue. The fluctuation of signals allows them to penetrate the blood-brain barrier (BBB), which acts as a layer of protection against bacteria and toxins.

Stimulation of the BBB activates waste-removal cells, called microglial cells. In the study, published in the journal Science Translational Medicine, researchers report “fully restoring the memory function of 75 percent of the mice they tested it on, with zero damage to surrounding brain tissue.”

To test cognition, scientists developed three methods: a maze, an object recognition, and avoidance task. All of the treated mice “displayed improved performance” in the administered tasks.

“We’re extremely excited by this innovation of treating Alzheimer’s without using drug therapeutics,” said Jürgen Götz, one of the study’s co-authors. “The word ‘breakthrough’ is often misused, but in this case, I think this really does fundamentally change our understanding of how to treat this disease, and I foresee a great future for this approach.”

Any time a new treatment method is discovered, it must undergo numerous clinical trials. Clinical trials are essential in determining not only treatment validity, but treatment safety.

This is where focused ultrasound therapy is today.

Per the Focused Ultrasound Foundation, the therapy is designed as “an early-stage, non-invasive, therapeutic technology with the potential to improve the quality of life and decrease the cost of care for patients with Alzheimer’s disease.”

Focused ultrasound is also incredibly precise, enabling practitioners to target affected brain areas without damaging healthy parts of the brain. Scientists state that focused ultrasound can also be used in cohorts with drug therapy, as the treatment permits a temporary opening of the blood-brain barrier. This is essential for efficient drug delivery in many cases.

The latest official announcement about focused ultrasound comes from the Focused Ultrasound Foundation, published on November 17 of last year:

“A clinical trial that repeatedly opens the BBB in Alzheimer’s patients is underway at Sunnybrook Health Sciences Centre in Toronto, Canada. The trial aims to use focused ultrasound and microbubbles to temporarily open the BBB in patients with mild to moderate AD. This early-stage study will assess the safety, feasibility, and reversibility of BBB opening as well as the reproducibility of repeated BBB opening in human patients.”

AD is a devastating illness. While we all continue to hope for an effective treatment alternative, it is worth noting that supplementing with Omega-3 oil may help in preventing the condition.

Per a study published in the Journal of Alzheimer’s Disease, “Neuroimaging shows increased blood flow in regions of the brain associated with memory and learning for people with higher omega-3 levels.” Further, omega-3 fatty acids “have shown anti-amyloid, anti-tau and anti-inflammatory actions in the brains of animals.”

“This is very important research because it shows a correlation between lower omega-3 fatty acid levels and reduced brain blood flow to regions important for learning, memory, depression, and dementia.”

Next Post: Can You Tell Which Egg Came From a Healthy Chicken?