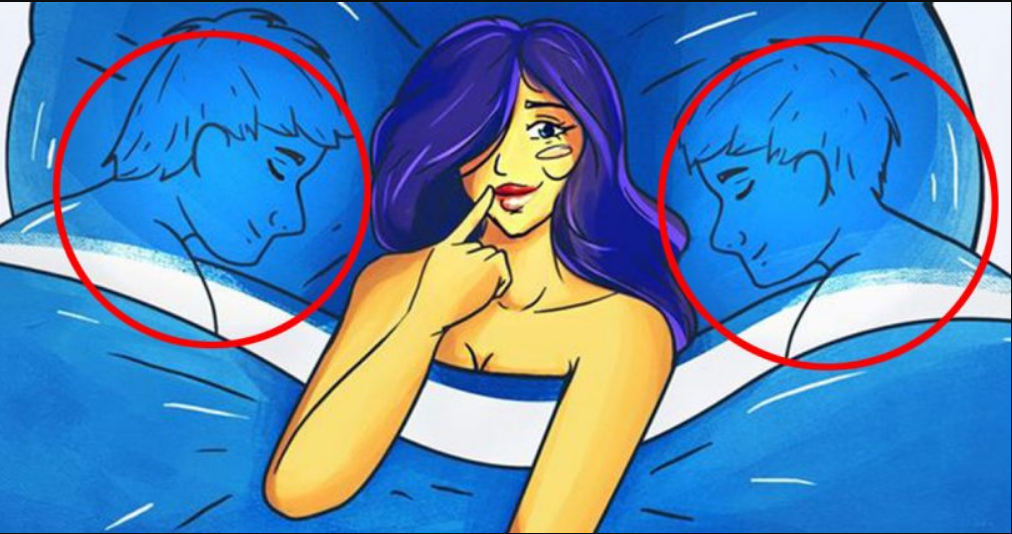 Sometimes we find ourselves in situations where we can barely control our actions. In this case, it doesn’t refer to emotional outbursts but rather situations where someone tries to intrude in your mind and change things there.

We describe powerful tricks of psychological influence that will help you recognize situations where someone is trying to manipulate or trick you. Now that you know them, you’ll be able to avoid any mind trap. 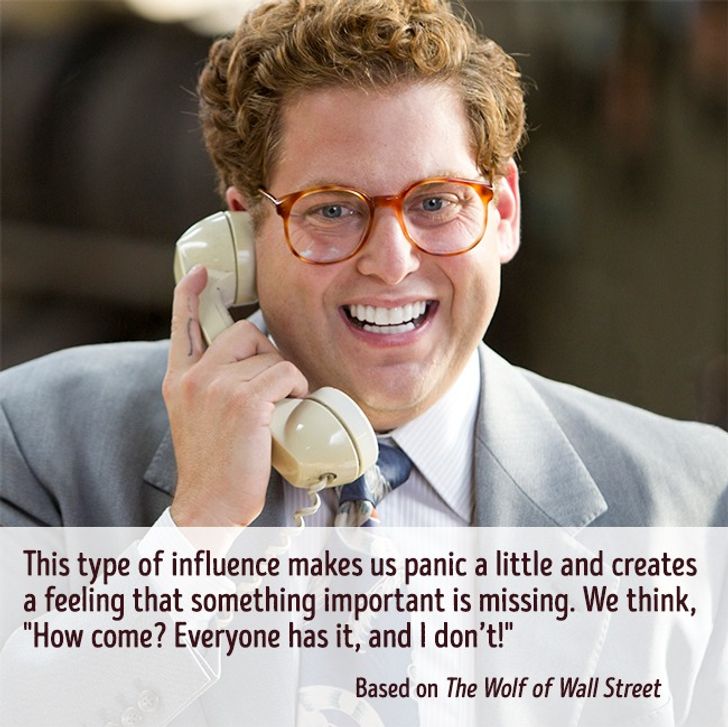 © Red Granite Pictures
The urge to be part of a community is an essential primitive need. Hotel booking websites very often use this trick. When they notify people, the following phrases are most commonly used: Only one room left; The same room has just been booked; 2 people are watching this ad now. In 90% of the situations, it’s a trick. 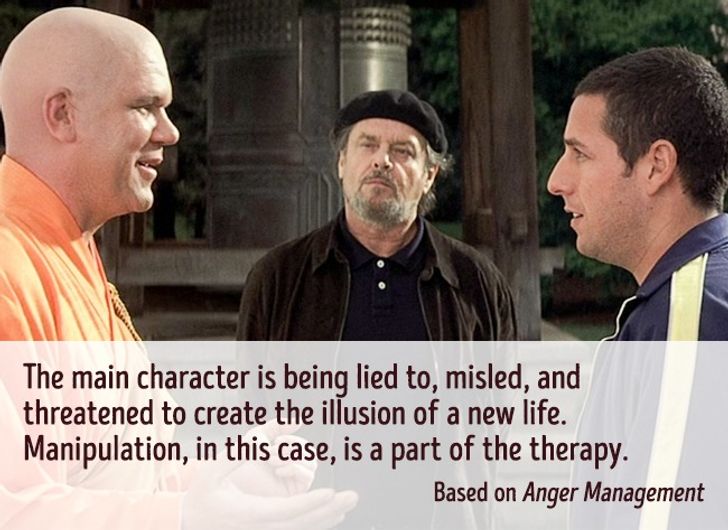 © Revolution Studios
The main task of any manipulator is to put you into an illusory environment so that you won’t notice the manipulation but perceive it as a set of circumstances. For example, if you need to fire someone, first you’ll show that he’s a bad worker. Dismissal would seem natural if the work is done badly. Don’t get caught up in it. Evaluate your work performance from the side. 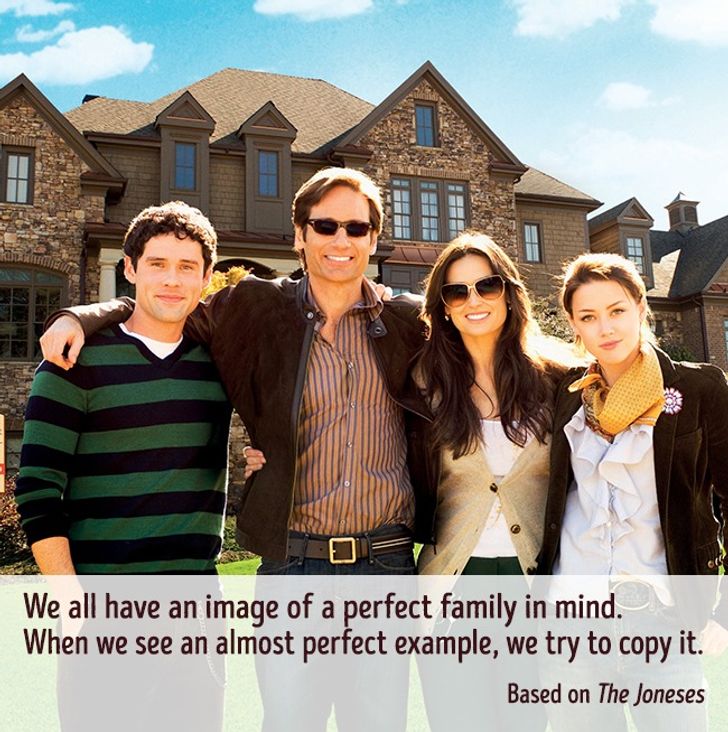 © Premiere Picture
Leo Tolstoy once said, “All happy families are alike; each unhappy family is unhappy in its own way.” When we follow stereotypes, we unconsciously project them into our life. This may be caused by the primitive need to feel unity with others. Next time you feel you want to be like someone else, remember where this need comes from. 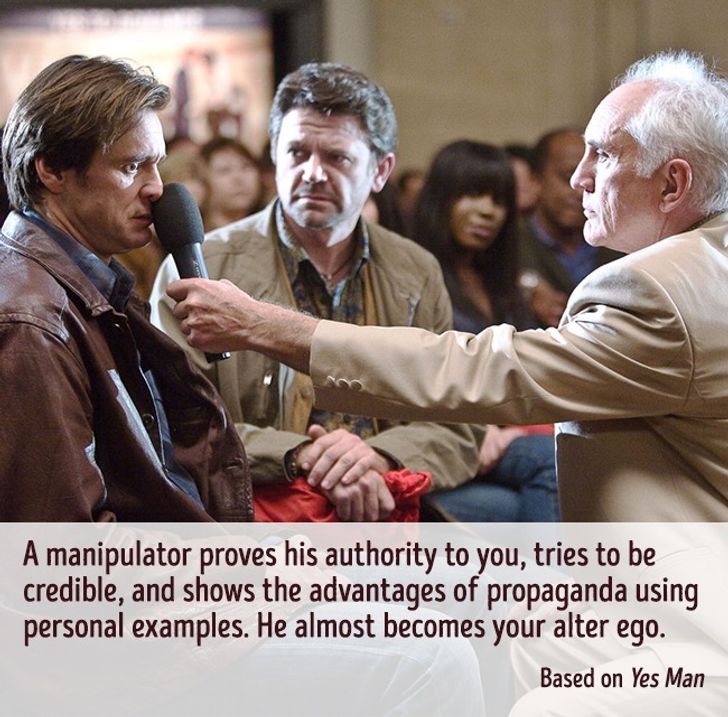 © Warner Bros. Pictures Co.
A puppet master’s main task is to eliminate a victim’s awareness and deprive it of the ability to form logical questions by imposing the idea of mindless believing. You think that you make your own decisions, but it’s an illusion. The manipulator can successfully plant any idea in your mind.

To avoid it, just stop and think about the following: “What might happen if I don’t achieve these goals?” You’re sad when you don’t satisfy your own needs, but you don’t need to care about imposed ones. 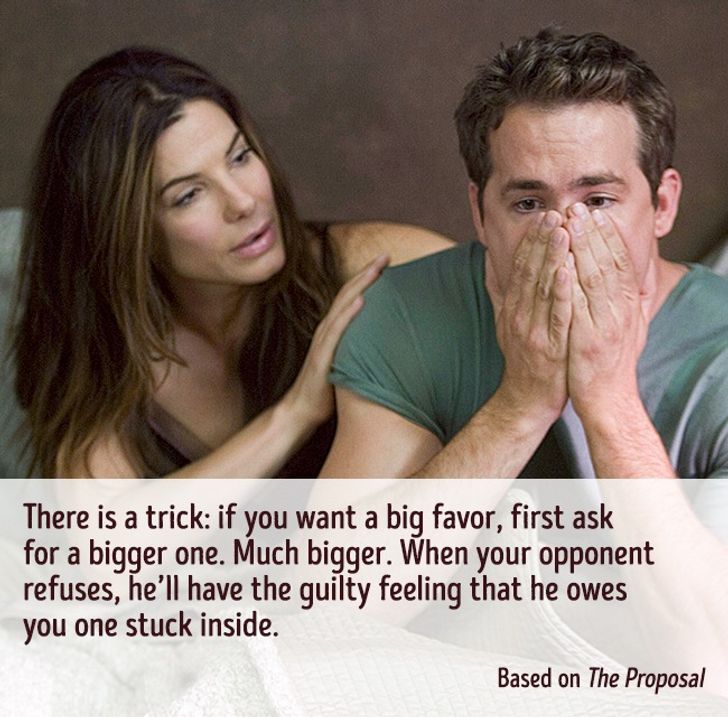 © Touchstone Pictures
You can tug someone’s feelings of guilt and favor to get what you want. They are most likely to agree to a second, more reasonable request in comparison to a big one you asked for first. Moreover, they might feel obliged and pleased when they help you.

In this case, you need to understand that when someone makes you a favor, just a thank you might be enough. You don’t have to pay back every good deed that was done for you. 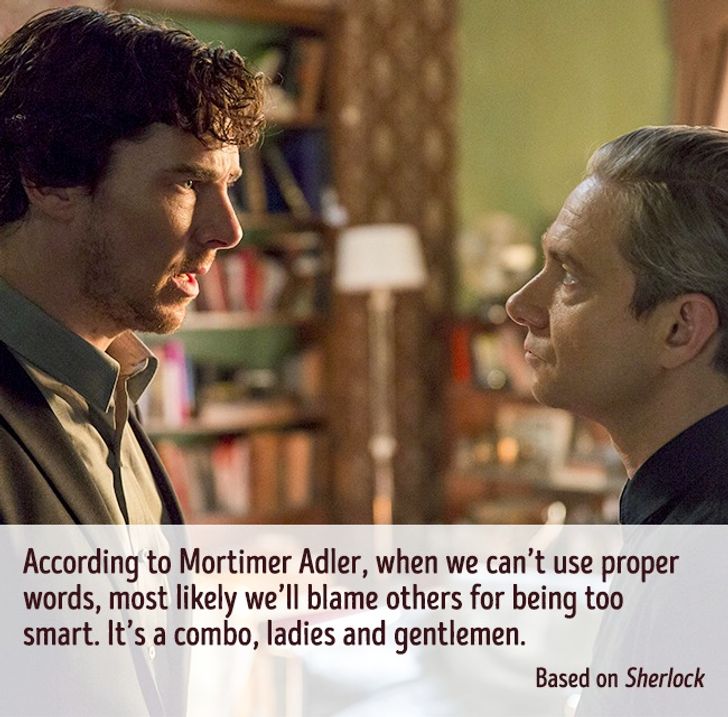 © BBC Wales
When we use special terminology, we intentionally make our opponent’s intellectual status lower. The opponent might feel severe discomfort due to his own incompetence. To break his confidence completely, try to quote famous people. Now you can direct the conversation in any direction you want. 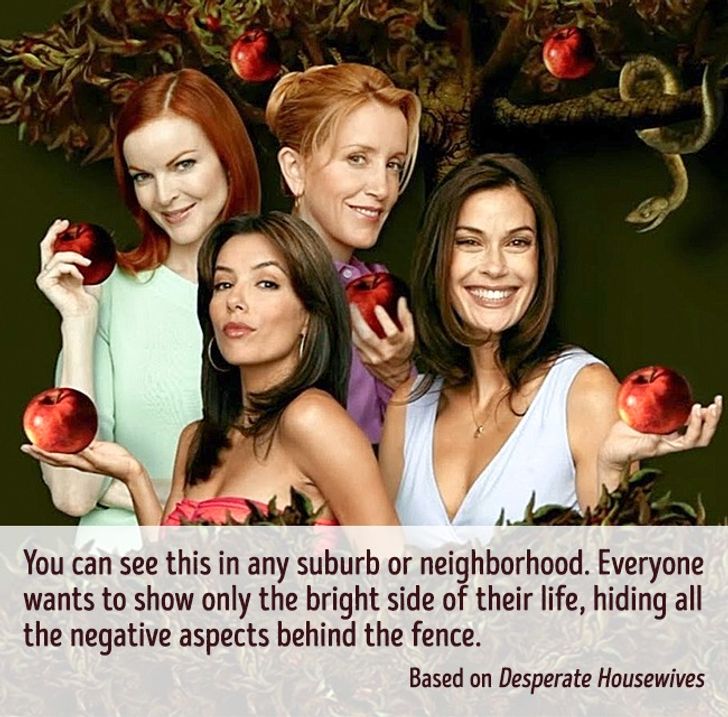 © ABC Studios
The point is that you hide some facts about your life and intentionally put others on display. Positive facts are more common in all life aspects. However, a specific fact taken out of context will not reflect the whole situation.

For example, a manicurist hurts you by accident when you moved your hand. You’ll leave with a bad impression about the salon in general and all the workers in there, but it doesn’t mean they are all bad. 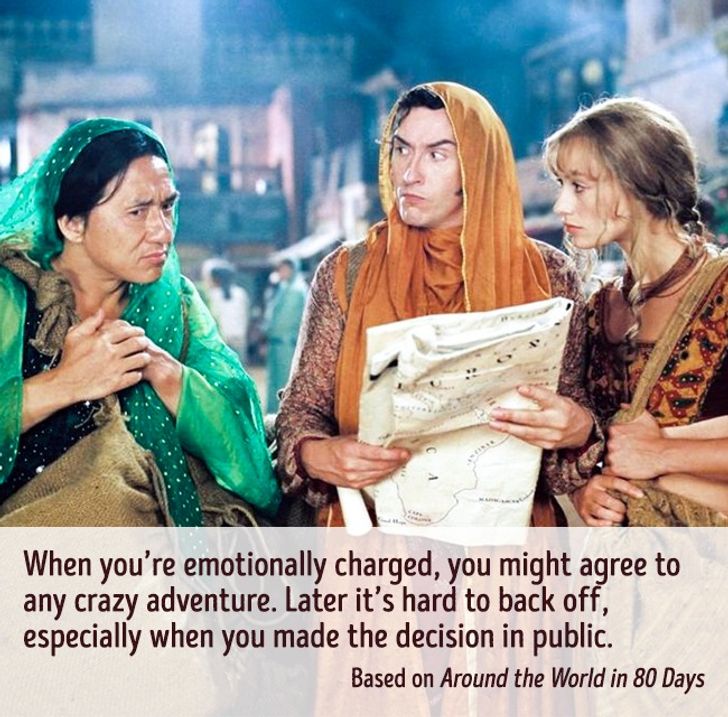 © Walt Disney Pictures
Sometimes we don’t have time to weigh all the pros and cons, and so we agree to do something crazy. Remember that in any situation you have the right to say no or start looking for a compromise. And here the manipulations start: “Man, you promised you’d help!“ or ”I thought I could rely on you!” Don’t be shy to say no, and don’t feel guilty for that. 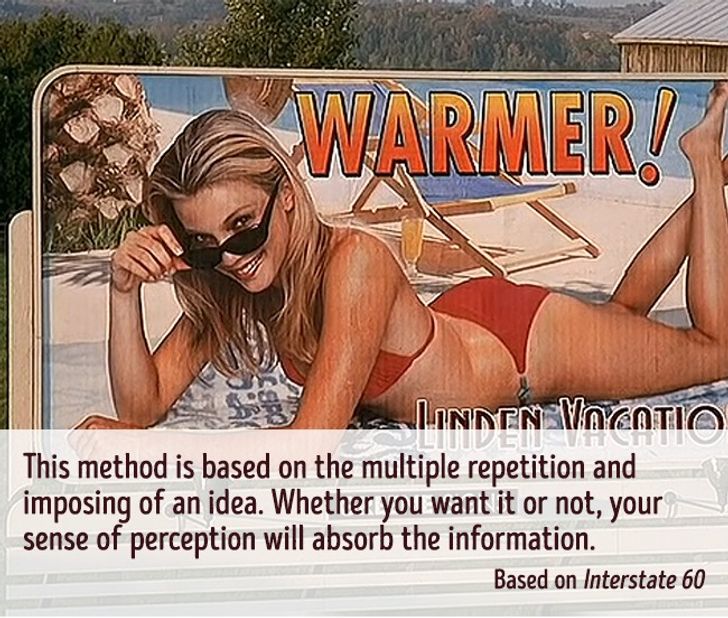 © Fireworks Entertainment
Any advertisement is a good example. The main character of the film wouldn’t want to meet this girl so badly if he hadn’t seen her so many times before his trip. Don’t let them manipulate you, and be thoughtful about your choices. Reasons like “Just because I want it“ and ”I don’t know how it ended up in my basket” are not good enough. 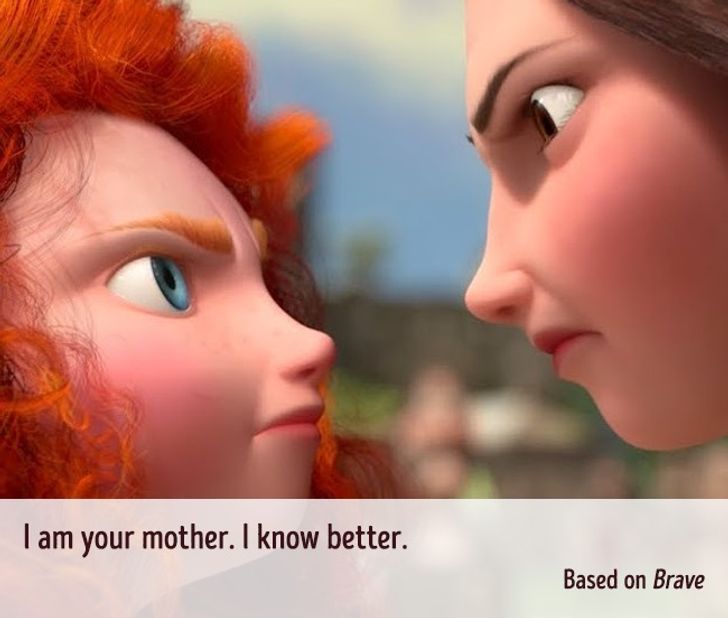 © Pixar Animation Studios
According to research, the outcome in 60% of situations will be positive if you use the word “because.” It doesn’t matter what follows this key word because it sounds very reasonable itself. That is why we are inclined to agree with opponents more often.

Try to listen attentively to the arguments that follow because it is important.

Bonus: How to get what you really want.

You now know everything about mental tricks and traps and how to avoid them. No matter what your future goal might be, you can choose between these 2: use tricks or achieve it yourself.

If you think closely, it’s much more satisfying when you don’t mess with people’s feelings using tricks. We think it’s important to have a firm point of view and not rush between many options.

Previous Post: 8 Hidden Psychological Problems a Messy Home Can Reveal About Us