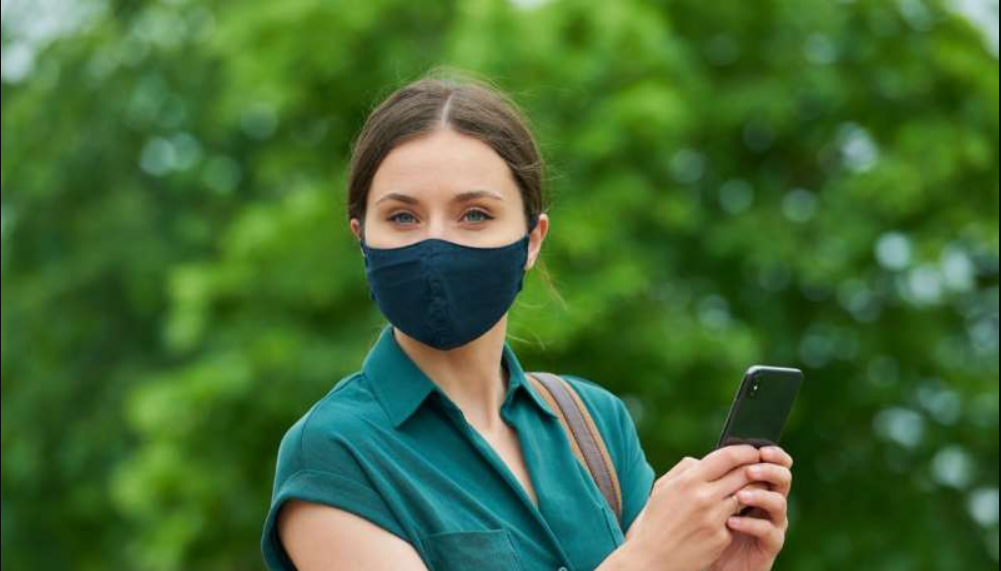 Due to the recent surge of infections around the world and the rising death toll, the COVID-19 pandemic is feeling rather bleak right now. However, according to the nation’s top infectious disease expert, Dr. Anthony Fauci, there will be a day when life returns to some semblance of normal.

© Provided by Eat This, Not That! A close portrait of a woman in a medical face mask is holding a smartphone while walking in the park.

“We feel cautiously optimistic that we are on the road — as bleak as it may sound right now — that we’re on the road of getting this under control,” the director of the National Institute of Allergy and Infectious Diseases revealed during a US Chamber of Commerce virtual event on Friday. “We will ultimately get back to normal.

It may be a while. “The United States of America has been hit very severely by this. You just need to look at the numbers and see the number of infections in the millions and the number of deaths … keeps going up each day. We’re still seeing an increase in hospitalizations….We need to get better control over things. We need to open up the country because staying shut down has economic, employment, health and other negative consequences that are significant,” he said.

This Period “Will End”

While he didn’t specify how long it would take before the virus would be controlled, he admitted that “this very difficult period for the last five and a half, six months,” eventually “will end.”

“Sometimes you get so exasperated and run down by it, that you think is never going to end. It will end. It will end through public health measures and science, I can tell you, will come to our rescue,” he continued.

However, he did point out that the United States is “essentially still in the first wave” of infections —and that in order to successfully flatten the curve it is crucial to focus on the present rather than look toward the future.

“People keep talking about the possibility of a second wave in the fall—that’s a historic terminology related to another time and another outbreak. I think we need to concentrate on where we are right now,” he said. “When you’re having up to 70,000 new infections in certain areas of the country, that’s something you need to focus on right now, as opposed to looking at what’s going to happen in September or October.”

The Most Important Thing You Can Do

He said one thing in particular could help end this first wave. “I would urge the leaders—the local, political and other leaders—in states and cities and towns to be as forceful as possible in getting your citizenry to wear masks,” Fauci said during the video conference. “…Physical distancing is the most important, but practically when you’re living your life and trying to open up the country: You are going to come into contact with people. And for that reason, we know that masks are really important. And we should be using them. Everyone.”As of Friday, the United States is experiencing a record number of COVID-19 infections. On Thursday new case reports surged above 75,000 for the first time and the number of deaths related to the virus continued to increase. According to a New York Times database, this marks the 11th time in the past month that the U.S. daily record was broken. Additionally, they point out that the number of daily cases has more than doubled since June 24, when numbers started climbing as a result of the nation’s reopening. So stay healthy during this pandemic: Wear a face mask, avoid crowds (and bars), practice social distancing and to get through this pandemic at your healthiest