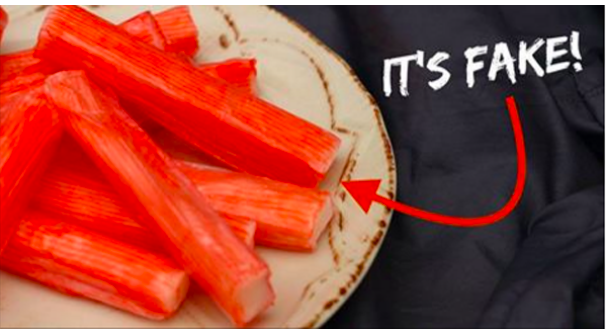 Modern living has brought numerous new foods and products, so we sometimes consume something far from a real food, or just a mixture of chemicals and artificial additives. Normally, these foods must be avoided in order to preserve the health! First of all, you need to start reading labels, as you will find out a lot about the content of the products you often consume.

Today, we will reveal 10 food imposters you should immediately eliminate from your diet!

This is a trademark for a processed cheese product, also referred to as spray cheese or cheese in a can, is a descendant of squeeze cheese packaged in a squeezable plastic tube. It comes packaged in a pressurized can, much like canned whipped cream and does not require refrigeration.

It was created for people who like to eat cheese but are too lazy to get a knife and slice it for consumption. Of course, the regular cheese is made from a handful of ingredients, but Easy Cheese contains numerous  additives, including milk protein concentrate, sodium citrate, sodium phosphate, calcium phosphate, whey protein concentrate, canola oil, lactic acid, sorbic acid, cheese culture, and enzymes.

Also referred to as ‘pseudo-cheese’, it is a thick processed cheese sauce or spread, in the form of a yellow paste, usually found in a glass jar. This cheese dip is used as a topping for cheese steaks, corn chips, hot dogs and other foods, as it is more spreadable and melts better than natural cheese.

Namely, this product includes various substances, starting with the watery by-product of milk called whey, canola oil, corn syrup, and an additive called milk protein concentrate, which manufacturers had begun importing from other countries as a cheaper alternative to the more expensive powdered milk produced by American dairies.

Moreover, a single serving, which is defined as just two level tablespoons, contains nearly a third of a day’s recommended maximum of saturated fat, as well as a third of the maximum sodium recommended for most of American adults.

However, it would be hard to stick to only 2 tablespoons if you sit in front of the TV and start dipping your crackers in it.

Some companies have chosen to use an artificial mixture of chicken parts rather than low-fat chicken white meat, batter it up and fry it. Namely, chicken nuggets contain just 40-50% meat and have been battered and deep fried.

White bread and refined grains, in general, aren’t particularly nutritious. This is due to the fact that when the flour is refined, it loses many of its nutrients. During the refining process of wheat, the germ and the bran are removed, meaning that the most nutritious part of the grain, including fiber, vitamins and minerals, is lost.

Therefore, refined grains are no longer a complex carbohydrate and are no longer a slow release source of energy. At times, it is fortified, but often with the cheapest form of minerals and vitamins, which are poorly absorbed by the body.

If you are too busy to spend 30 seconds making a fresh sandwich, then this product is for you. It is in fact a mass- produced sealed crustless sandwich. However, it contains a long list of ingredients, and nearly none of them is beneficial for you.

Namely, the only thing on this list that looks like food is strawberries, but there is very little of it, and the rest are artificial ingredients such as high-fructose corn syrup and heart-damaging hydrogenated oils, that you’d be better to avoid.

These fruit snacks are made primarily from sugar and fruit juice with other ingredients. The strawberry flavor is produced by mixing an immense number of ingredients, all but strawberry, such as sugar, corn syrup, artificial colors and many other additives. Therefore, these drinks contain unhealthy partially hydrogenated oil, large amounts of sugar and artificial colors, so they are far from being fruity or healthy.

Maple syrup is the syrup usually made from the sap of the maple tree. Although numerous people prefer genuine 100% maple syrup, the cheap, fake variant of this syrup is a mixture of water, high-fructose corn syrup, and caramel coloring.

In the United States, “maple syrup” must be almost entirely made from maple sap, and small amounts of substances like salt, may be added. On the other hand, “Maple-flavored” syrups also contain maple syrup, but also other additional ingredients.

The cheaper substitutes for maple syrup, like “pancake syrup”, “waffle syrup”, “table syrup”, have no genuine maple content and most often, their primary ingredient is high fructose corn syrup.

Previous Post: These Plants Are Oxygen Bombs & They Clean The Air In Your Home

Next Post: 15 Foods To Do And Don’t Eat On An Empty Stomach